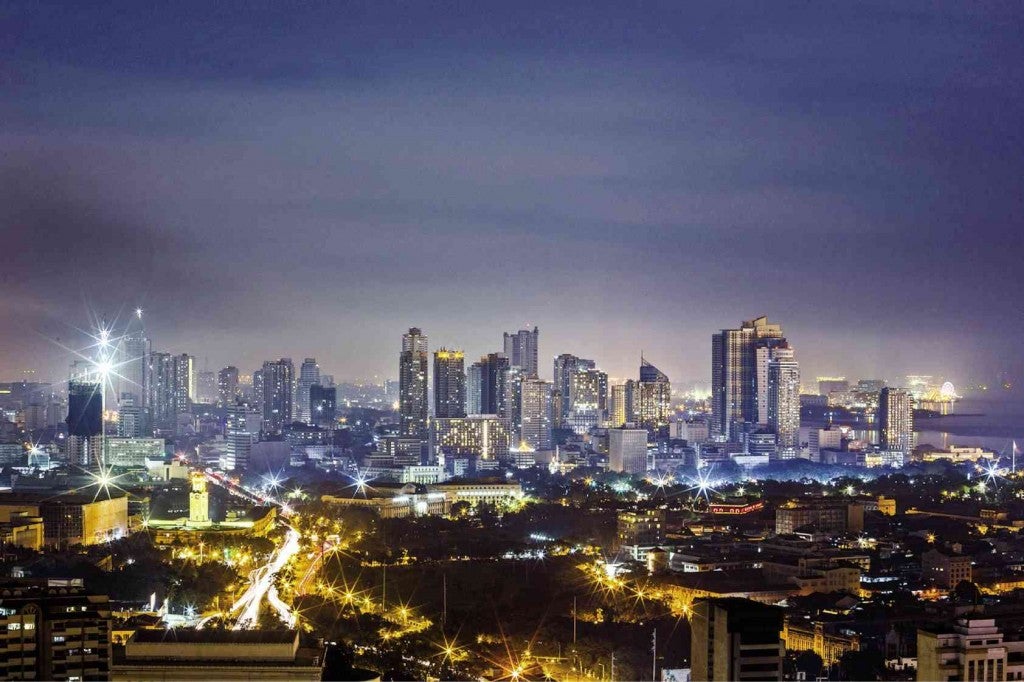 Metro Manila has made it to the “Global Top 30,” a roster of the world’s most populous, productive and connected cities as ranked by global property consulting firm Jones Lang Lasalle (JLL).

The Philippine capital is now in 30th place in JLL’s global ranking, rising from 37th in 2013 and joining the top tier of the world’s 300 leading cities for the first time, London-based JLL global research director Jeremy Kelly said in a presentation at the Asia CEO forum on Thursday.

Global Top 30 is a subset and the top tier of JLL’s Global 300 cities, deemed the bedrock of global commercial real estate activity in the world.

But as Metro Manila takes the central stage globally, it faces big challenges in trying to secure its new position in the global hierarchy of cities.

Kelly said in a press briefing that improving infrastructure in Metro Manila should be the immediate priority, as every city in the world strives to keep up with the frenetic pace of urbanization.

Crucial to this agenda is building an efficient mass transportation system, Kelly said.

And beyond having a formidable business process outsourcing (BPO) industry, he said, the metropolis should take advantage of the fertile environment to boost productivity and evolve into a technology hub.

“Manila’s increasing reach in terms of BPO activity is clearly massively important but what it needs to do is to leverage that and so to evolve not just as a BPO location but to evolve fundamentally as a technology hub,” Kelly said. “Migration is very important. It’s the tipping point here.”

Even small cities can attain a global reach if they are good in something, Kelly said, and Metro Manila has already done so in the BPO industry.

To move up the value chain, however, Kelly said Metro Manila must become a technology hub, harnessing its potential as a “tech-rich” city.

A tech-rich city is one whose economy is anchored on various technology-related industries ranking from the basic call centers to high-value research and development (R&D), he said.

“I think Manila is building a profile across that range of the value chain. It’s epitomized by Silicon Valley and San Francisco Bay area, cities with very dynamic millennials and start-up companies,” he said.

Among the emerging markets, he said Bangalore and Manila were among the promising technology hubs.

The world’s top corporations are drawn to cities with new ideas, new strengths, ones that are creating new jobs for the 21st century and are competitive and resilient, Kelly said during his presentation.

Metro Manila is in a “sweet spot of growth and momentum, reaping the benefits of economic reforms, improving macro[economic] fundamentals, global specialization and [sovereign] investment grade rating,” he said.

Kelly added that the Philippines was making steady progress not just based on the JLL’s perspective but in many other global indices drawn up by other institutions.

“It’s a city in its ascendancy,” he said. 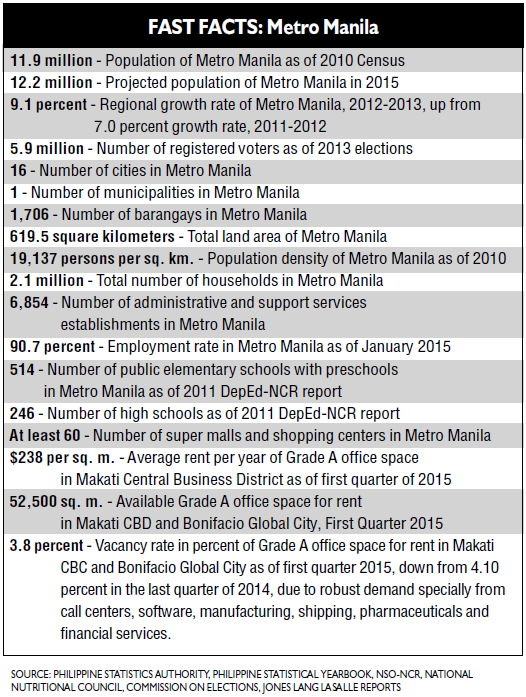 The air in Metro Manila could be cancerous