By: Melissa Legarda Alcantara - @inquirerdotnet
INQUIRER.net US Bureau/UK Correspondent / 02:09 AM May 21, 2015 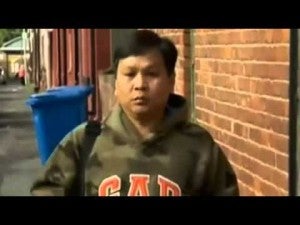 In more ways than one, this news is tragic.

Described as a “narcissistic psychotic” who enjoyed inflicting pain on others, father-of-two Chua, who worked as a nurse at the Greater Manchester hospital, Stepping Hill, since June 2009, was convicted earlier this week of deliberately killing two patients and poisoning 20 other victims.

When the guilty verdict was given on May 18, Chua was said to have given “no other reaction” than blinking. Chua, who became a naturalized UK citizen in late 2008, now faces life in a UK prison. 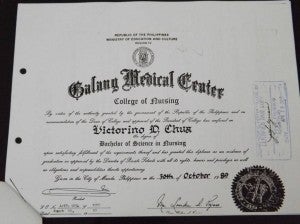 Chua was mentally unwell. This much is clear. When police raided his house after his arrest in 2012, they discovered in his kitchen a deeply personal, overtly religious autobiographical letter handwritten by him, almost illegible and in broken English, in which he panicked about having the “Devil” inside him and going “straight to hell.”

Chua wrote that he wanted to make the letter “in case something happen[ed]” to him, and mentioned that he had been prescribed anti-depressants and sleeping pills.

“How an angel turn to an evil person,” Chua’s note read. “The bitter nurse confession. Got lots to tell but I just take it to my grave. My pains will make history here in England.”

Chua ended his 13-page letter with a final chilling statement: “Still inside of me I can feel the anger that any time it will explode just still hanging on can still control it but if I will be pushed they gonna be sorry.”

Worse still, Chua’s original pass certificate from the Philippines Board of Nursing turns out to have been faked.

When Greater Manchester Police traveled to Manila to do further research into his apparent certifications, they discovered that his degree was illegitimate. The picture of the man who sat his final nursing exam was a completely different person. Chua’s convincing degree was a lie. The culprit? Manila’s infamous Recto University.

Chua began studying and working at the now closed Galang Medical Centre in 1985, which was rated one of the worst medical institutions in the Philippines. He later left his job due to claims of stealing and charging patients for medication that they never received.

UK newspaper headlines and tabloids sensationalized the fact that Chua is a Filipino, despite his UK naturalization. The Daily Mail’s headline read, “How did Filipino serial killer get a job in the NHS? Fears ‘devil’ nurse who murdered his two patients and poisoned 20 more faked his qualifications to work in a UK hospital.”

The specific mentions of nationalities in the headline have a divisive effect. Many Filipinos across the UK are now debating whether these disparaging headlines serve to incite fear and aversion of immigrants in the country, with further suggestions that these headlines may be an attempt to discredit public sector workers. 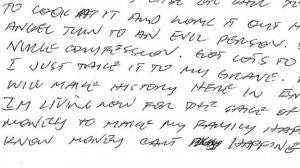 Diana Granger-Taylor, a British-Filipina raised in the UK, expressed her sadness at Chua’s “terrible crimes” news, adding: “I also regret that because of that press coverage, Filipinos in this country – and nurses or the National Health Service, for that matter – may be scapegoated and viewed negatively.”

Granger-Taylor believes that newspapers may have “deliberately demonized” Chua on account of their political affiliations. The darkness of Chua’s actions serves as perfect fodder for strengthening the anti-immigration agenda gathering momentum in the UK, as well as for justifying further healthcare privatization, she said.

“Public sector workers are threatening to strike as they have had a less than 2 percent pay rise since 2011, as austerity measures became implemented economic policy,” said Granger-Taylor.

“By also claiming that the ‘current’ NHS hired Chua and did not do its due diligence in checking his background, press backing the Conservative government can build a case in favor of privatization.”

Proud to be Filipino

Granger-Taylor then went on to say, “Today also holds news which makes me proud of my Filipino heritage: the Philippines is the only ASEAN nation to offer asylum to the Rohingya Burmese stranded in the Straits of Malacca. That is more representative of Filipino values and Filipino contribution to society than one disturbed and disturbing criminal.”

Many OFWs have fallen prey to the siren call of earning money for their family abroad, holding the naïve belief that the roads of foreign countries are “paved with gold.”

“This country is not going to be a safe or worthwhile place for OFWs to migrate to,” Granger-Taylor said of the UK.

“Unfortunately, it is more likely that they will encounter increasing scapegoating and living costs. Trends in global businesses seem to be creating a slave class out of, rather than humane working conditions for migrant workers. Our OFWs deserve better than that.” In spite of all the negativity, however, many citizens of UK were quick to praise the work of Filipino nurses and workers in the public sector.

On Facebook, British author Liz Williams stated that Radio Somerset, and many other radio stations across the UK, were “flooded [yesterday] morning with calls from people talking about the excellent care they have received from Filipino nurses.” 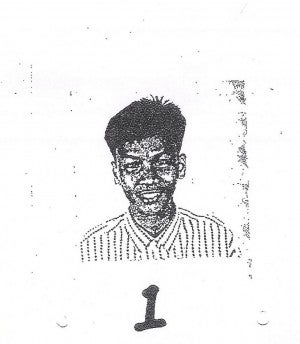 Image of the person who stood in for Chua at his nursing exam. 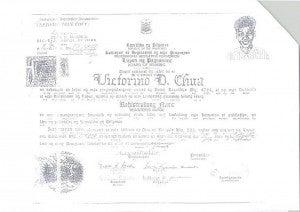 UK-based Filipino nurse, Elmer Maniebo expressed the following sentiments on Facebook: “Proud to be a Filipino nurse and Trauma Nurse Practitioner here in my second home. This conviction is a small drop in an ocean full of success stories and immeasurable achievements in clinical areas by Pinoy nurses.”

In a similarly positive vein, Tarlac-born Henry Montoya added, “This is just an isolated case… It’s sad to hear that one fellow could highly affect the rest of the community… [But] Filipinos excel and [are] respected on all four corners of the UK and the globe in different industries.”

Sheila Elsey, an English woman who hails from Hampshire, further stated: “Without the amazing staff from the Philippines and the other countries the NHS would be in dire straights (sic). My Dad… has five nurses from the Philippines who care for him and other patients and they are so thoughtful, caring and terrific at their job.”

Chua is indeed an isolated case. But it is unfortunate that the very degree that allowed him to move abroad and abuse his access to medical supplies and vulnerable patients was forged in the heart of Manila, at an illegal institution that is widely known across the Philippines for manufacturing falsified qualifications.

Until criminal, under-the-table money stops being exchanged for fraudulent certifications and other documentation, more cases similar to Chua’s may arise to the detriment of law-abiding OFWs.