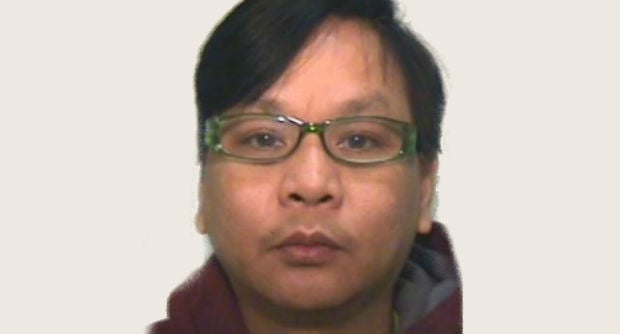 This undated handout photo issued by Greater Manchester Police shows nurse Victorino Chua, who was sentenced on Tuesday, May 19, 2015 after he was a found guilty at Manchester Crown Court of murdering and poisoning hospital patients. Chua has been sentenced to life in prison for the murder and poisonings of patients at a British hospital, and will have to serve at least 35 years before his release can be considered under the sentence handed down Tuesday. AP

Following the news of a Filipino nurse poisoning 21 patients with insulin in the United Kingdom, a British reporter claimed how supposedly easy it was to obtain fake nursing license and other government and school documents in the Philippines.

In a report by Daily Mail, British reporter Stephen Wright said he was able to secure a fake nursing degree diploma, among other pre-employment records, including police clearance in Recto, Manila.

Wright’s report came after the Daily Mail raised doubts over the credentials of Filipino nurse and British citizen Victorino Chua, who was jailed for life on Tuesday after being found guilty of poisoning his patients.

“When I visited Recto Avenue, dubbed ‘Xerox Alley,’ a fixer for the forgers went through a list of documents I would require to become qualified, including a degree certificate, police clearance to work overseas and employment certificates and references,” he said.

In his undercover report, Wright said he obtained all records he needed for a job in the UK for 43 British pounds or P3,000.

“And—helped by my photographer colleague Jamie Wiseman—I have found there is a rampant trade in bogus exam certificates in Manila, with fixers and forgers always on hand to fabricate any document,” Wright said.

Aside from the diploma, Wright also included a fabricated graduation photo and license from the Professional Regulation Commission in his report.

“The ‘passport’ to a nursing job in the UK is provided by organized crime networks who employ some of the world’s best forgers. Police turn a blind eye in return for bribes,” he said.

“The fixer even helpfully suggested which date I should graduate from Manila’s respected nursing college,” he added.

Wright called his findings as a “major embarrassment” to the government and hospital officials, as well as nursing regulatory council in UK.

While saying Filipino nurses working in the UK were “qualified,” Wright said poverty in the Philippines prompted them to fake work qualifications in exchange for higher salary abroad.

“Many in this impoverished nation struggle to find the money to finish their degree courses and are tempted to buy their qualifications they need to obtain work in the UK where salaries are vastly higher,” the report read.

The Daily Mail also said that in March 2003, UK’s Nursing and Midwifery Council implemented a temporary freeze on the hiring of foreign nurses “amid fears that workers could have faked documents to get jobs here.” But despite the freeze, the report said the hiring continued due to a “massive shortfall” of nursing staff. RC