Asian Americans have yet to break glass ceiling in Silicon Valley 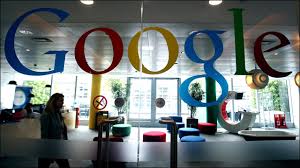 LOS ANGELES — Asian Americans may constitute a sizable percentage of the tech workforce, but a new report has found that they are severely underrepresented at the executive levels.

The Ascend Foundation, a non-profit Pan-Asian organization for business professionals, released “Hidden in Plain Sight: Asian American Leaders in Silicon Valley” on Wednesday, May 6. It analyzed 2013 employment data filed with the US Equal Employment Opportunity Commission by Google, Hewlett-Packard, LinkedIn, Intel and Yahoo.

The analysis examined a sample size of nearly 140,000 employees at the five companies and found that white men and women hold a 150 percent advantage compared with Asian men and women.

Additionally, it found that while Asians account for 27.2 percent of the workforce, there are only 13.9 percent in executive positions.

When gender is factored into the equation, the disparity is greater.

“White men had a 42 [percent] advantage over white women [when it came to being promoted to the executive level], which was expected. But that paled in comparison to the 260 [percent] advantage they have to Asian women. So that was a big surprise,” said Buck Gee, an executive advisor to Ascend.

From the sample, white men and women were at parity when their figures were compared against the Executive Parity Index, meaning that if women made up 15 percent of a company’s workforce, that same percentage was generally reflected in the company’s managerial workforce.

The same cannot be said for Asian American women.

Generally, however, men and women of minority groups were all notably below parity. When the co-authors examined data for black and Latino workers, the figures were so low they were unable to use the Executive Parity Index to accurately record the ratio.

“It gives us an idea of what the dynamics of the pipeline are,” Gee said.

Janet Wong, a co-author of the report who worked in Silicon Valley for 20 years, said she considers herself a third-generation Chinese American. The culture of her parents and grandparents was the one she grew up with.

“They told me all I needed to do was stay in school, make good grades, and that was all I needed to be successful. They never taught me the soft skills or leadership skills. So when I started my career, I thought all I had to do was keep my head down, do good work, and I’d be acknowledged and have a successful career,” Wong said.

But as she observed her colleagues, particularly white men, climb up the management ladder while she fell backward.

A breakdown of the Asian and white workforce per company is as follows:

Similarly, Intel has invested $300 million into a diversity technology fund.

LinkedIn said it has already invested into programs that have boosted its number of Asians in leadership in its company.

Yahoo directed the Times to a blog post containing its diversity numbers, and Hewlett-Packard did not respond for comment.

The report does not separate Asian Americans who grew up in the United States from those who immigrated to the country. Gee said traditional family values can clash with U.S. corporate culture if Asian employees do not receive proper mentoring.

However, subtle bias against Asian workers can inhibit their ability to move up in the workforce when non-Asian executives responsible for hiring and promotions do not have awareness.

“Asians are perceived as better engineers but poor leaders. Even if you want to be a leader, and show that [you can], there’s implicit bias that you aren’t,” Gee said.