NEW YORK CITY – Filipino American restaurateurs in New York and New Jersey and the Philippine Consulate have collaborated to launch the first-ever Filipino Restaurant Week from May 11 to 23. 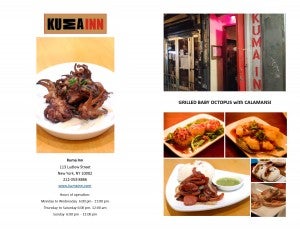 Consul General Mario de Leon Jr. welcomed the participation of the 13 restaurants to the first-ever restaurant week.
“It’s about time,” he said. “Filipino food has gained popularity in New York City and other metropolitan cities and called ‘the next big thing.’”

Inspired by the popular New York Restaurant Week, more than a dozen Filipino restaurants are offeringthree-course, pre-fixe lunches and dinners at a fraction of their usual prices.

For a fixed $25 lunch or $35 dinner, customers can taste a variety of Filipino dishes from the traditional comfort food to modern interpretations of Filipino cuisine. 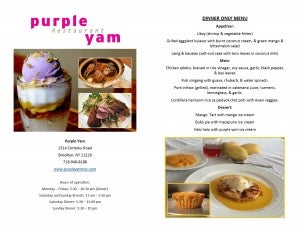 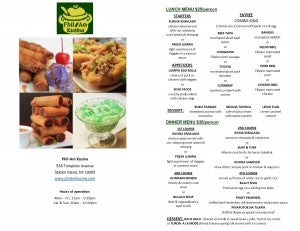 Details and a complete list of participating Filipino restaurants can be found on www.newyorkpcg.org.