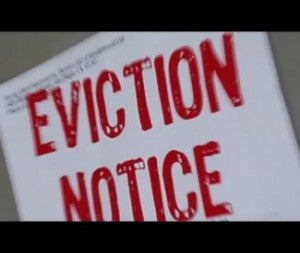 SAN FRANCISCO—Tenant families in the South of Market are fighting lawsuits that community advocates say are aimed at evicting the renters from a building that has been their home for 15 years.

The tenants are predominantly immigrant Filipino children and youth, their parents and grandparents. Some of the seniors are disabled, one of them currently is on dialysis.

The building at 521-523 Natoma Street in the South of Market was purchased in March by Big Tree Properties Incorporated. Soon after the purchase, the long-time tenants said they received verbal buyout offers from representatives of their new landlord.

The families said people have come to look and take photographs inside each unit in the building, as well as conduct interviews of the families without advising them of the purpose of the “inspections.”

Upon learning that the tenants were uninterested in buyout offers in exchange for their units, Big Tree Properties sued, accusing them of, among other things “poor housekeeping” and of making alterations to the property, as well as various breaches of very minor technicalities within highly complex leases.

The property is located in the South of Market Youth and Family zone, so named because of the high number of families, many of them immigrants, that settled in the area beginning decades ago. The South of Market is also known as a traditional Filipino enclave.

Community advocates noted that the lawsuits are examples of “no-fault” or “low-fault” lawsuits, that are now common tactics in San Francisco neighborhoods that experiencing high rates of evictions and eviction attempts such as in the nearby Mission neighborhood.

“The Filipino community is part of the larger community of color that is being evicted from and forced out of neighborhoods,” a community activist noted. Protests are being planned to halt the eviction.

The Latino population has seen the departure of over 8,000 residents who were forced to leave the Mission District because of skyrocketing rent and landlord harassment.