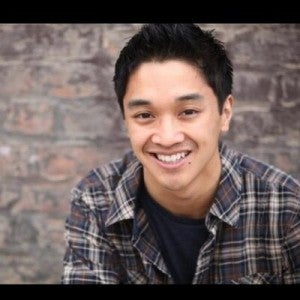 LAS VEGAS –When Julian DeGuzman joined the cast of a Broadway musical in 2012, he didn’t have a blueprint for success, or even a role model to base his career upon.

Even though the dancer “inherited” his role from was a friend and a Filipino American like him, essentially, he was blazing a trail; he was a talent from an “invisible community” hoping to break long-held stereotypes.

Now, three short years later, he has become a Broadway veteran and mainstay of a Disney musical whose success has surpassed expectations.

DeGuzman is a cast member of “Newsies,” playing the roles of Finch in a rousing production adapted from a 1992 film, which in turn, was based on the true story of newsboys disrupting New York with a strike in 1899.

“I’m really having a wonderful time,” said DeGuzman in an interview from Dallas, where the show is on tour in Texas. “This is what I sought out to do and trained for years for.”

A member of the cast since March 2012, DeGuzman’s stint was highlighted by two years in Broadway, where his role included that of a “swing” in which he has to perform 14 characters, often getting the call at a moment’s notice.

“You have to sing, dance and commit to memory the lyrics of the songs,” he said. “Every muscle of your body has to be involved.”

Awarded the Tony for Best Score and Best choreography in 2012, the musical featured the melodies of Alan Menken, whose work included scores for “The Little Mermaid,” “Beauty and the Beast” and “Alladin,” and the lyrics of Jack Feldeman.

“The choreography drives the show and the story,” said DeGuzman, who dances as member of an ensemble, which is the heart of the show.

Choreographer Christopher Gattelli has herded together 20 boys to dance a thrilling combination of ballet spiced with bold athletic moves.

“This show means the most to me out of any project I’ve done because this is what I do. I trained as a ballet dancer and I trained as a modern dancer,” Gattelli said.. “I was these boys 20 years ago. This is exactly how I danced.”

DeGuzman said the choreography showcases his talents as a dancer, honed by years of practice, which started when he was just four years old.

DeGuzman, now 28, was the object of scorn by his friends, who could not understand why he could not join them in baseball or other sport, and instead practice ballet and other dances.

“When you start dancing in Broadway, his father Joe, himself a dancer, told him while he was growing up, “it will be you laughing them, not them laughing at you.”

In high school, the taunts and bullying started to die down as he showed his skills.

“They ask me what I do, and I told them I dance, and they say, ‘cool,” said DeGuzman, who graduated with a double major in sociology and fine arts architecture from the University of California – Irvine.

A native of Alameda, California, DeGuzman said he would stay with the dancing career for a while longer, even though the tug-of-war between academics and arts is also likely to continue.

His sister Robyn is also a dancer and an actress, and teaches dance in New York’s Chinatown. His mother, a native of Borongan City, Eastern Samar, is a medical doctor and his father is an architect, aside from being the first dancer in the family.

The original Finch in “Newsies” was his friend Aaron J. Urbano, who is now a member of the cast of “The King & I.”

Filipino Americans credit Lea Salonga with opening doors for Asian Americans in her role as Kim in the franchise “Miss Saigon,” “Les Miserables” and “Alladin.”

But you can count by the fingers of one hand male actors or dancers who have found acclaim in Broadway as the community continues to focus more on academics than arts and entertainment.

DeGuzman said he had no regrets for the choices he made, but missing holidays, weddings, birthdays and other family gatherings were the toughest.

“I guess you have to give up something for your dreams,” DeGuzman said.