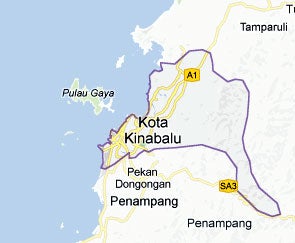 ZAMBOANGA CITY, Philippines—A 78-year-old mother from Zamboanga City is pleading with President Benigno Aquino III to also come to the rescue of her son, who is awaiting execution for drug trafficking in Malaysia.

Teresita Quijano said that like Mary Jane Veloso, who won a reprieve from execution in Indonesia, her son, Jerry, was also innocent of the drug-trafficking charges against him.

Jerry, a carpenter, was arrested at the Kota Kinabalu Airport in Sabah on April 3, 2008, after airport authorities found 759 grams of “shabu,” or methamphetamine hydrochloride, in a package he was carrying.

Teresita said her son was not aware that the package he was asked to deliver to Sabah contained an illegal substance.

“He was just told to deliver a package. If he had known that it contained drugs, he would never have brought it,” she said.

Teresita said she sold her house and with the money she went to visit Jerry in Kota Kinabalu and was able to talk with him once after his arrest.

She said Jerry was detained at the Penjara Kapayan jail in Kota Kinabalu after he was sentenced to death by hanging on Sept. 3, 2010.

The Inquirer learned that aside from Jerry, two other Filipinos are facing execution for drug trafficking in Malaysia.

Timhar Jumdani Ong and his wife, Nurie, were arrested in a Kota Kinabalu hotel on Aug. 11, 2005, for possession of 336.66 grams of methamphetamine hydrochloride. They were sentenced to death in September 2006 and are awaiting execution. With a report from Allan Nawal, Inquirer Mindanao