Indonesia’s attorney general’s office (AGO) has said death row drug convict Mary Jane Veloso will not be testifying as a witness in a related case on Friday as previously scheduled. 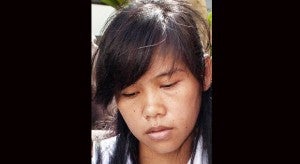 AGO spokesperson Tony T. Spontana said the Philippine government had yet to send them an official notification on when Veloso would testify through video conferencing as a witness against her alleged trafficker, Maria Kristina Sergio, who turned herself in to authorities on April 28.

“Based on the first request letter from the Philippine government, they asked for Mary Jane [Veloso] to testify between May 8 and 14. However, we have still not received an official notification,” he said.

Veloso was among nine death row inmates scheduled to face a firing squad on April 29 for drug trafficking convictions.

She was arrested in possession of 2.6 kilograms of heroin at Adisucipto International Airport in Yogyakarta in 2010.

Tony explained that the official notification the AGO was waiting for would allow it to start preparing the equipment for the video conference. Furthermore, the notification would be an official notice that the Philippine government was willing to cover all the expenses.