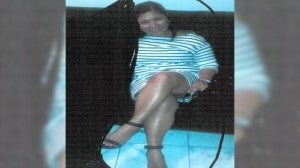 SAN FRANCISCO — More than 600 scam victims of the Filipino owner of an agency that recruits immigrant workers came forward to Toronto police, and now the alleged scammer is facing dozens of charges.

In February, Imelda “Mel” Fronda Saluma, 46, of Toronto faced 39 charges relating to fraud. Police did not say how many victims were reported at the time, but on Tuesday, May 5, more than 600 people have come forward since the investigation began, according to a report by Toronto CTVNews.

Victims were allegedly defrauded of more than $2.3 million. Most of them were Filipino nationals.

Police became aware of the scam in October last year when a group of people came forward to complain of fraud by a company called GoWest Jobs International, at 1315 Finch Ave. W., just east of Keele Street.

GoWest recruited individuals, family members and friends from other countries for jobs in Canada, according to police. Once recruited, the company then requested payment for documents, references and employment contracts.

After looking into the claims, police have charged Saluma with an additional 39 offences, including fraud over $5,000, obtaining money by false pretenses and making documents without authority.

Police believe there are still more victims who have yet to come forward. Anyone with more information is asked to contact police at 416-808-3189, or Crime Stoppers anonymously at 416-222-8477 (TIPS).