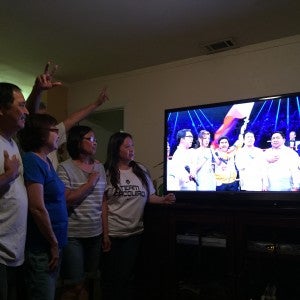 LAS VEGAS – A collective sigh of resignation descended upon the dozen or so Filipino-Americans gathered around Pat Mendoza’s kitchen table even before the result was announced.

Used to watching Manny Pacquiao dominate his opponents, this one was a clear loss before Floyd Mayweather Jr.’s hand was raised in triumph.

“He’s not like the Manny Pacquiao of old,” said Cristita Cerezo. “He did not put together a bunch of punches like he used to.”

After feasting on pancit, adobo, lumpia and other Philippine delicacies, the group settled down to watch what was hyped as the “Fight of the Century.”

It turned about to be the “Biggest Disappointment of the Century.”

The pre-fight celebratory mood was replicated in Filipino communities all over he US and Canada. And so were the disappointments besides Pacquiao’s loss by unanimous decision. 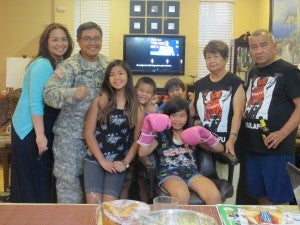 Urbano Salvati, Mendoza’s neighbor in Las Vegas who joined the fight party, was courteous enough to his host to say, “It was a good fight. But the other guy kept running away and refused to mix it up.”

A townmate of the great Rocky Marciano, Salvati said the unanimous decision was not surprising though.

“This is (Mayweather’s) town and Pacquiao should have done more to beat him.”

It was a sentiment shared by Brelane Mendoza, Pat Mendoza’s grandson.

“Pacquiao has to score a knockout to win,” he said. “If it goes the distance, I’m sure Mayweather will prevail.” 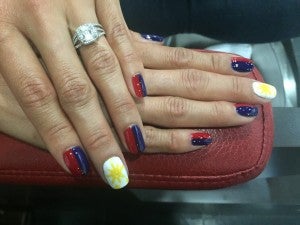 Michelle M from Mullholand Hills, California painted her nails in Philippine flag colors to celebrate her country’s pride. Like other fans, she was downhearted; but she texted families: “Such a bummer, but he didn’t look too bad at the end. We still love him.”

Mayweather is a very smart fighter,” said Benny Montano. “I think Pacquiao did not do enough to win.”

Pacquiao alternated between complaining of a shoulder hurt in training camp to insisting he won the fight, but his fans say he was off his game.

His best round came when he caught Mayweather in a corner and rained blows on him, but the Sarangani congressman often backed off or stopped after not seeing any damage on the American fighter.

At the end of the 12-round bout, the fighters who may have earned a combined $200 million, were both unmarked.

Mayweather tantalizingly left a date in September for another bout (without naming a potential opponent), but a return match with Pacquiao seems out of the question. 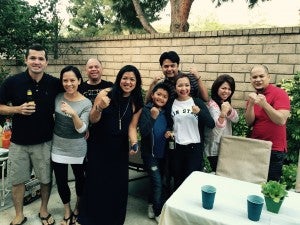 Several hours prior to the Mayweather-Pacquiao fight in Las Vegas, reservations poured in at 250-seating capacity The Fort (Mckinley) in South San Francisco, a favorite watering hole of San Francisco-based Filipino Americans.
Barry Picazo, The Fort (Mckinley) owner-manager, said the much-awaited fight of the decade between Pacquiao and Mayweather was aired live at the restaurant, with the event to be covered by various American TV stations. “Seats were all taken because we’re open 24/7,”Picazo said, “and we’re so busy and excited.“

While Filipinos showed overwhelming support for Pacquiao, some community leaders have expressed concerns over the congressman’s opposition to same sex marriage and women’s reproductive rights. 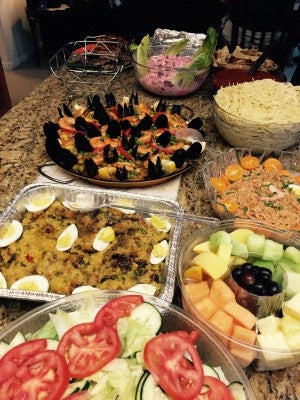 Like many Filipino American households, the Gemoras had quite a spread for the Pacquiao fight viewing party.

Cindy Domingo, chief of staff for King County Councilmember Larry Gossett in Seattle and co-chair of the USWomen and Cuba Collaboration, said that Pacquiao’s ability to forge the Filipino peoples’ national sentiments at home and abroad is unparalleled by any other Filipino personality today.

“Thus,” Domingo added, “it would behoove him to move off of his conservative stances on LGBT and reproductive rights issues and recognize that the people in his country who are trying to achieve social justice include people who make up the LGBT community and women and families who need full access to reproductive rights. That would really make Pacquiao a true ‘world champion’ rather than just a sports figure in history books.” 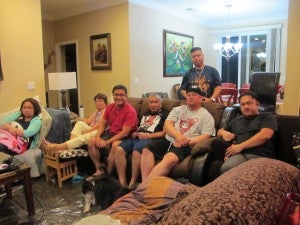 Rodriguez said, “It is incumbent upon Congressman Manny Pacquiao to respect their rights and pay attention to the needs of ALL members of his constituency. Congressman Pacquiao’s continuing opposition to equal rights for members of the LGBT community only serves to alienate a segment of his constituency and deepen division within the country. Pacquiao is revered all over the world. I urge him to use this adulation to bring humanity together rather than stoke the flames of prejudice. 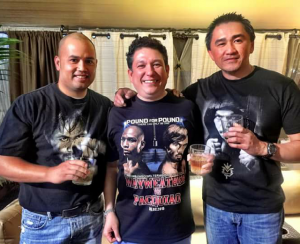 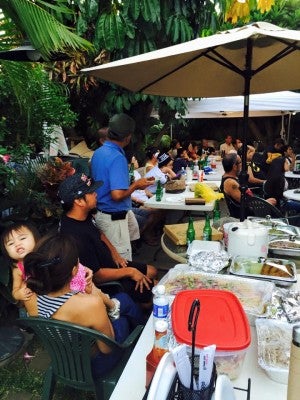