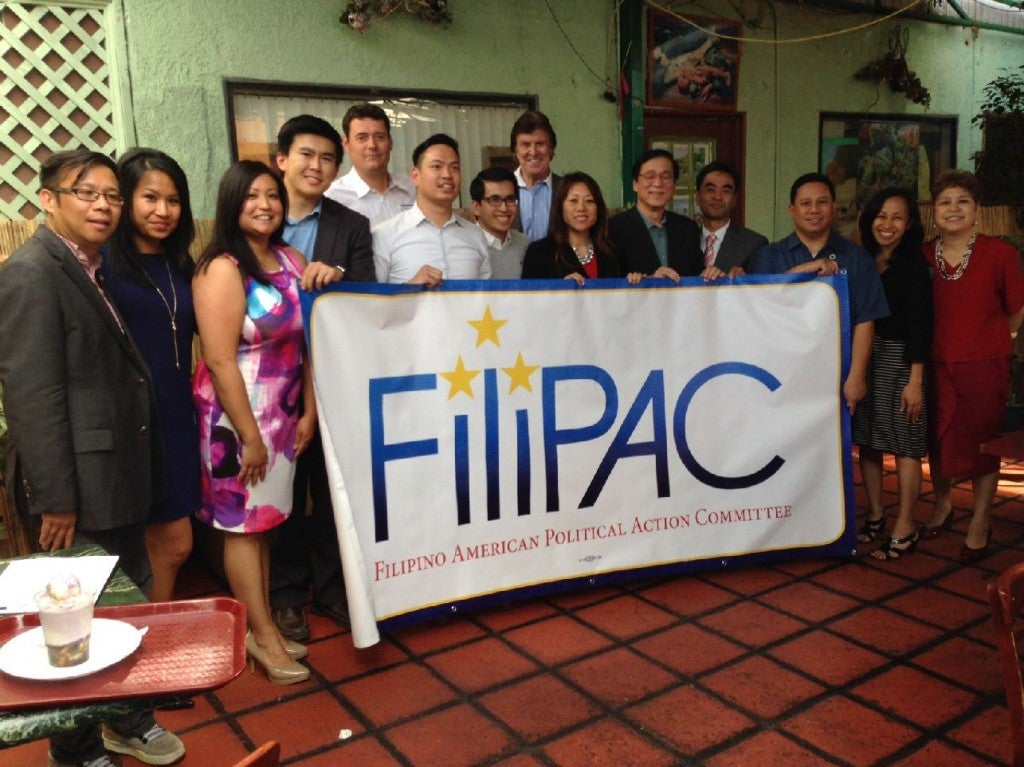 Former Cerritos, California mayor Mark Pulido offered his commitment “to support qualified Filipino American candidates who are courageous enough to want to serve their communities by running for elected office.”

“I’m excited at the possibility of more people stepping

forward all across the state. I envision that this will happen more often. I believe it is inevitable that the urgency of the need for good qualified leaders from the Fil-Am community is what contributes to the feeling that this reality is inevitable,“ adds Pulido.

member Mike Aguilera described the current political action initiative as a necessary step towards bringing visibility and empowerment to the large population of Filipino Americans in the country.

Aguilera said Filipac is the latest effort in the community, which already has a long history

of advocacy and collaboration towards a “cause of positive political empowerment and influence.”

“There is lot of different pockets throughout Los Angeles and California and we want to help organize. Some groups do social service, some do mental health

, but the organization “wants to focus our efforts in bringing out many of talented people in our community who are potential candidates for elected office, it’s just a matter of our community creating an atmosphere of civic involvement,” Aguilera explained.

Aguilera believes in the potential that Filipinos have as a powerful entity. “But if our community ignores the importance of being a civically-engaged community, then those talented people will not see those goals or opportunities

Gary South, described by New York Times as the “Carville of California” and who has led many successful political campaigns in the nation, observed that Filipino Americans lack a “pipeline to gain traction as substantial political candidates.”

“ When a Filipino American tries to run for any level in the state, or even nationally there is no existing

network of donors who they can tap into,” South remarked. 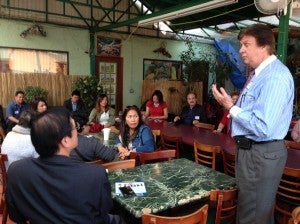 South believes that the Filipinos’ low profile does not do justice to what Filipinos can accomplish. “I think that this community is so under-served and under-utilized with respect to it’s political standing, and it’s political power that there has to be an entity out there, a pre-existing on-going thing where money can be raised into it, so when Filipinos run for office, whether it be the local level or state level, it can be used.”

He believes Filipac has the potential to be a powerful machinery to raise awareness, interest and funds to support Filipino American candidates to run for office.

“We look at number

of Filipinos in their districts, the entire saturation and everything. We look at up-and-comers who are working in local governments, who work their way up through state government.

He said that the Filipino American demographic is both Republicans and Democrats and “we contribute to candidates from both parties” in the spirit of making Filipino immigrant life easier. “We are not a one-party constituency.”