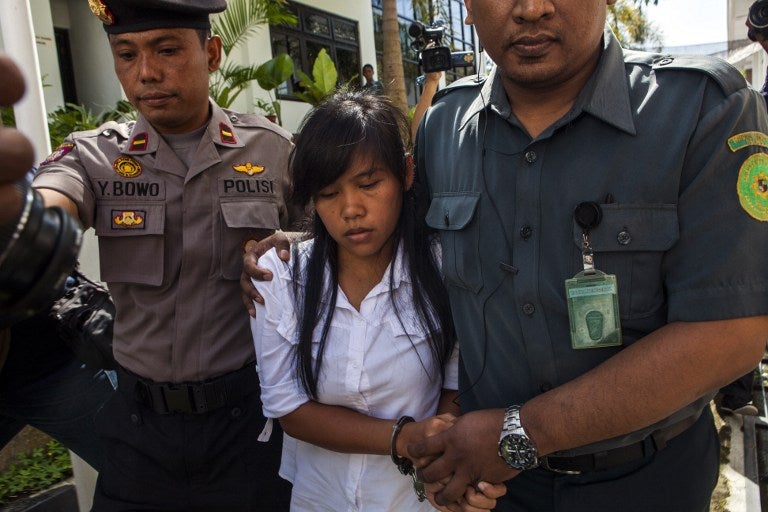 The sworn statement of Mary Jane Veloso obtained by multiple government agencies was one of the “saving factors” that deferred her execution at the last minute, an official of the Philippine Drug Enforcement Agency (PDEA) has said.

“Securing Veloso’s affidavit was the saving grace. Indonesian courts might consider Veloso as a state witness to go after the international drug syndicate that tricked her,” Cacdac said in a statement.

The investigation team that secured Veloso’s affidavit was composed of officers from PDEA, the Philippine National Police and the Department of Foreign Affairs.

The members of the team were Investigation Agent V Valente Cariño, Chief of the Investigation Division, PDEA Intelligence and Investigation Service; SPO1 Joefrey Bellin, Composite Facial Sketcher and Forensic Photographer of the PNP Crime Laboratory; and Violaflor Enerlan-Ancheta, Consular Legal Officer of Indonesia, Vietnam, Laos and Myanmar, of the Office of the Undersecretary for Migrant Workers’ Affairs (OUMWA), and DFA.

The team went to Indonesia last March to interview Veloso behind bars to execute a sworn statement.

“What happened was nothing short of a miracle. The Philippine government made a last-ditch effort to save Veloso’s life, though temporarily, and it paid off. With President Aquino’s personal appeal to Indonesian President Joko Widodo for humanitarian consideration and after Veloso’s alleged recruiter suddenly surrendered to the police, everything fell into place,” Cacdac said.

The PDEA official said that the decision of Maria Kristina Sergio, Veloso’s alleged recruiter, to turn herself in to the PNP would allow Veloso “to testify against her recruiters to prove that she is not a drug trafficker, by any means, but a victim of human trafficking.”

The National Bureau of Investigation filed charges before the Department of Justice against Sergio, her live-in partner Julius Lacanilao and an African national identified as “Ike” for illegal recruitment, swindling and human trafficking.

Cacdac said the NBI’s findings were based on the affidavit submitted by Veloso and accounts of several witnesses that were contained in an investigation report jointly accomplished by PDEA, the PNP and the DFA.

Veloso was arrested in an international airport in Yogyakarta, Indonesian when authorities found 2.6 kilograms of heroin stitched inside the lining of her luggage in 2010.

Six months later, she was sentenced to death by the Indonesian government for possessing and distributing dangerous drugs. IDL