Indonesia mulls third round of executions 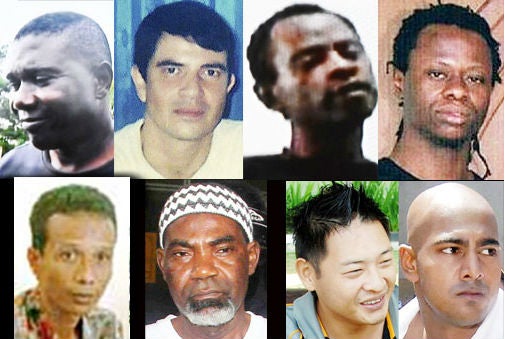 JAKARTA—Indonesia’s Attorney General’s Office (AGO) will make an evaluation next week whether to proceed with executing more death-row convicts in the near future after the two recent batches of executions drew international outcry.

AGO spokesman Tony Spontana said convicts set to be included in the execution list would be those who had exhausted all their legal attempts to avoid the penalty.

“An evaluation of the recent executions will be thoroughly evaluated next week. After that we will determine whether to proceed with the third round of executions in the near future, and the list of convicts who will face the firing squad,” he said.

More than 162 death row convicts are currently awaiting their fate. Of the figure, 73 convicts are murderers while 89 are drug traffickers. The list excludes terrorist inmates, according to the AGO.

Citizens of the UK, the Netherlands, France, Nigeria, Malaysia and China are among the death row convicts.

The executions were the second round after the first was carried out on January 18, during which six inmates from Indonesia, the Netherlands, Brazil, Nigeria, Vietnam and Malawi were killed by firing squad.

Veloso family arrives from Indonesia, thanks public for support