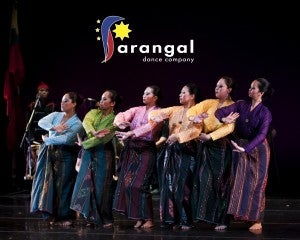 SAN BRUNO, California — A cultural tableau of legends, rituals and tradtional practices of Kalinga, Ga’dang, T’boli, Bagobo-Tagabawa and Marano indigenous peoples of the Philippines will be presented by the Parangal Dance Company in “Alamat, Legends” on Saturday, October 3, at 2:00 p.m. and 7:00 p.m. (PDT) at Skyline College Theater in San Bruno.

“Alamat,” a production funded in part by Alliance for California Traditional Arts, will be presented in celebration of the Parangal Dance Company’s 7th anniversary. Company choreographer Eric Solano’s production will showcase traditional and inspired attires, music and dances of the Northern Philippine Highlands and Mindanao indigenous communities. Spanish influence will also be shown in some dances.

Parangal has partnered with recognized traditional cultural bearers in the Philippines and in the United States to premiere their respective group’s legends on proscenium stage.