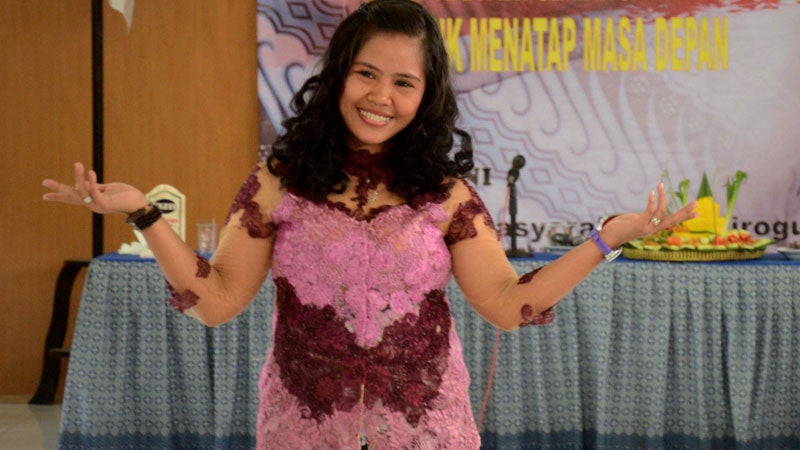 READ: Mary Jane Veloso: ‘If God wants me to be alive, I’ll live

“We’ve carried out the executions,” said an Attorney General’s Office (AGO) official, talking to the press on condition of anonymity.

Veloso was spared after a woman who allegedly recruited her to act as a drug courier gave herself up to police in the Philippines on Tuesday.

The Department of Foreign Affairs (DFA) confirmed on Wednesday before dawn that Veloso has received temporary reprieve from the Indonesian government minutes before her scheduled execution.

“We are relieved that the execution of Mary Jane has not been carried out tonight. The Lord has answered our prayers,” Charles Jose, spokesman for the DFA told reporters at a stakeout at the department’s headquarters in Manila.

Jose went down from the DFA building where he, along with Foreign Affairs Secretary Albert del Rosario and other officials were seemingly on a vigil to monitor developments in Veloso’s supposed execution.

Jose refused to answer questions and was expected to issue further statements on the case.

In a radio interview over DZMM, Veloso’s mother, Celia, expressed elation over the news.

“You are right. If God wants you alive, even in the last minute, you will stay alive. We are so happy. We will visit you (Mary Jane) right away tomorrow,” Celia said in Filipino.

“Attorney Edre Olalia said that the implementation of the sentence as regards Mary Jane Veloso was suspended until the proceedings in the Philippines against the alleged recruiter Christina Sergio shall have been commenced and concluded,” Lopez said during the vigil for Veloso outside the Indonesian Embassy in Makati City.

Hundreds of people outside the Indonesian Embassy in Makati rejoiced early Wednesday as they received the information about Veloso’s stay of execution.

In Indonesia, AGO spokesman Tony Spontana said the government had agreed to the final requests fielded by two Australian death-row convicts for their bodies to be flown to Australia for burial.

A Cilacap Police officer said that after the executions, prayers were said for each person according to their respective religion. “The executions went well, without any disruptions,” he said.

The AGO stated that the executions had been carried out after it had heard all eight convicts’ final requests.

The execution was the second round after the first was carried out on Jan. 18, during which six inmates from Indonesia, the Netherlands, Brazil, Nigeria, Vietnam and Malawi were killed by firing squad.–With Jakarta Post/ANN