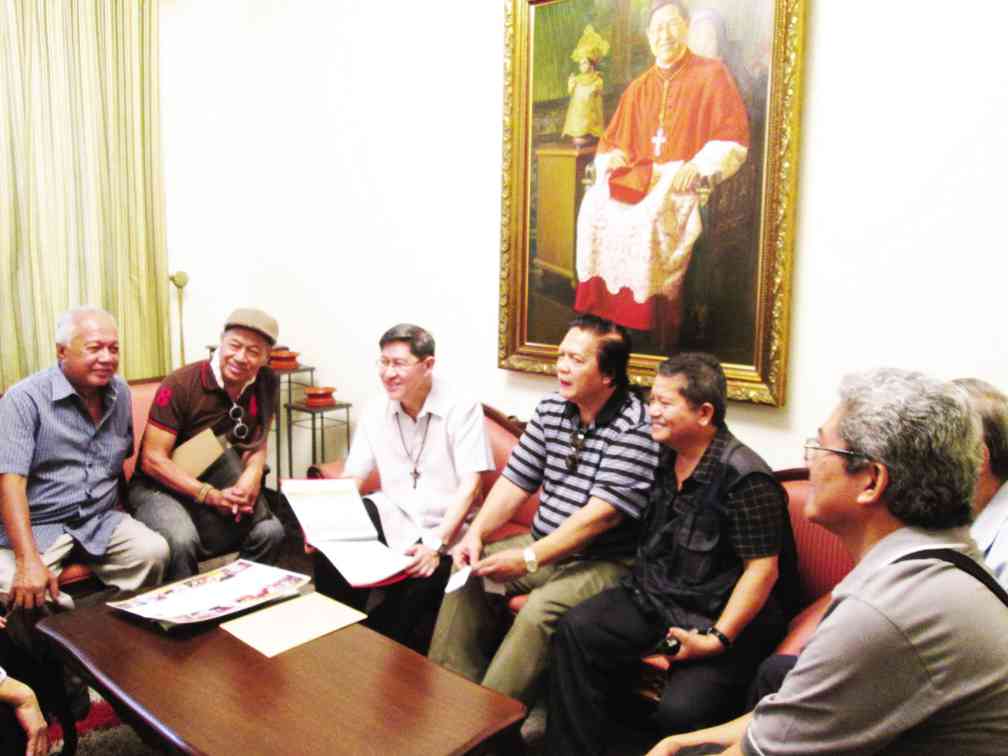 When 12 artists and we, their supporters, went to Luis Antonio Cardinal Tagle for a courtesy visit at his residence, we were tense and hesitant to present our concept of this first-ever Sacred Art Exhibit, because we did not know how he, so busy as he was, would react.

He smiled, instantly breaking the ice, and said that evangelization through art was his vision. He said, “In the end, art will save the world.”

He cited a comment by Pope Francis that the present predominant culture among the youth is superficiality, and we must start changing that. The young need to achieve depth.

Digital propensity is nothing if you do not have a message with an impact.

So, we settled down and became relaxed. We expected to stay only for 30 minutes as he had a busy schedule, but ended up staying more than an hour.

Tagle had a way of making us feel at home. And he gave us his time, giving many anecdotes. He talked about an artist he met in Rome, Marco Rupnik, SJ, who was considered the modern-day Michaelangelo.

He said Rupnik established an art school which was very different from those in Rome or Florence, because he began by imbuing in his art students a sense of silent spirituality, much like a retreat.

One cannot start by simply splashing one’s brush based on the moment’s inspiration emerging from the heart, no matter how good one was. The heart must be prepared. It must let the Lord enter his soul and his brush.

Only when one has communed with God can a sacred art painter actually paint for him. One never paints for himself. He paints for others. The inspiration is spiritual, not just a matter of skill or technique.

We were all in awe, because the art we all knew never had this factor. Sacred artists, in truth, require spirituality, Tagle pointed out.

In a rare dinner with Rupnik, Tagle wanted to ask him to train the Filipino youth in sacred art, but before he could suggest so, Rupnik said he had a waiting list for the next five years.

Instead, it was Rupnik who interviewed Tagle about the Philippines, which was the center of global attention a few weeks before, because of the papal visit. Rupnik is considering the idea of disaster and supertyphoons as sacred art subjects.

Willy Layug, one of the 12 artists, donated a statue of what Palo Archbishop John Du called Our Lady of Hope.

When Pope Francis saw the statue at the Archbishop’s residence, he was in awe and said, “Ah, la Madonna, la Madonna,” touching the statue. Pope Francis, the staunch Marian loyalist, was moved by Willy’s sacred art.

Tagle agreed instantly to be the guest speaker at the forthcoming Sacred Art Exhibit. He knew some of the 12, who had been commissioned by the Church many times.

There was Layug’s Our Lady of Hope in a Filipino dress. There was Nemiranda’s (Nemesio Miranda Jr.’s) The Way of Mary rosary shrine, 20 bas relief sculptures on the mysteries of the rosary that run along Ortigas from the Edsa shrine all the way to the Antipolo shrine, a pilgrim’s stations of the rosary.

There was Pancho Piano’s numerous stained glass and murals scattered all over the 40 odd churches in Bicol. His obra maestra was the stained glass at the cathedral of Peñafrancia.

There were many more among the 12 who were commissioned by the church to do sacred art. 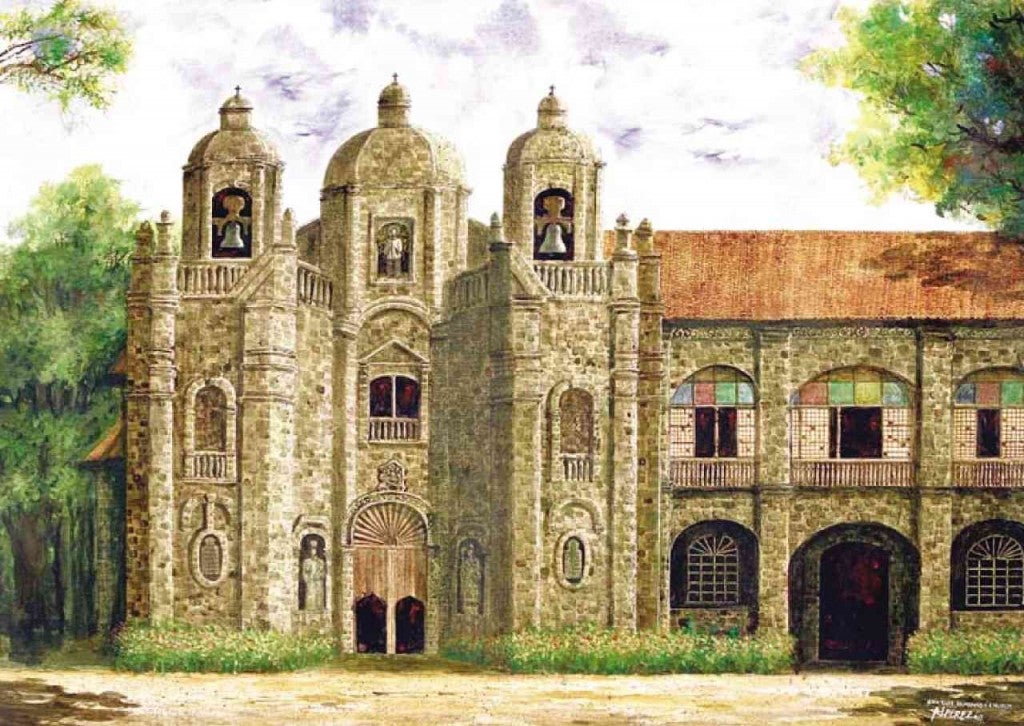 “CHURCH of San Luis,” by Al Perez. Acrylic on canvas.

Tagle cited a moving story of drug addicts turned artists, a “life changer.” They instantly exchanged their drug tools with a paintbrush. He said it was a momentous 180-degree turn, making sacred art a critical instrument for evangelizing wayward youth.

He is hoping the 12 artists can pave the way toward training out-of-school youth and the poor, who cannot afford education, to be catapulted to the community of world-class Filipino sacred art.

Cusi’s vision was a paradigm shift. He said that in the past, everyone flocked to Europe to see sacred art that flourished there since the Middle Ages. His dream is to establish a Filipino art renaissance where the Europeans will flock to the Philippines.

The starter, the catalyst, is the Sacred Art Exhibit of 12 of the best Filipino artists. Cusi said, “We can easily do this because we have a wealth of world class artists. The Filipino was born with a brush in his hand. Also, we are the only Christian nation in Asia. We have the duty to lead the sacred art renaissance in Asia. We have produced world-class musicians, artists and writers for Asia.”

The 12 artists were mainly selected from members of Intramuros Visual Arts Philippines through the help of Nemiranda, its founding president.

The exhibit will open on April 29 at 4 p.m. at the GSIS Museum, which is only on invitation, with Tagle cutting the ribbon, giving the opening talk and giving a quick blessing of the paintings. The media is welcome at the opening, just get your invitation at [email protected] or 0947-2159768. The exhibit is open to the public from April 30 to May 22. E-mail [email protected]

Read Next
No bulletproof officials
EDITORS' PICK
A grand way to celebrate the holidays
Smart offers wireless fiber-like speeds to Filipino homes with country’s first 5G Prepaid Home WiFi
Holidays made best with Acer’s ‘Holidays at Home’ raffle promo
Gov’t fine-tunes alert level system
Corruption in PH: Where presidential aspirants stand
DOH checking if 3 COVID cases due to Omicron
MOST READ
Bong Go left PDP-Laban with presidential bid under PDDS — Pimentel
FDA warns against use of 5 imported beauty creams
Isko’s messaging takes a turn as he commends Duterte
Orthodox priest shouts ‘Pope, you are a heretic’ at Francis in Athens
Don't miss out on the latest news and information.