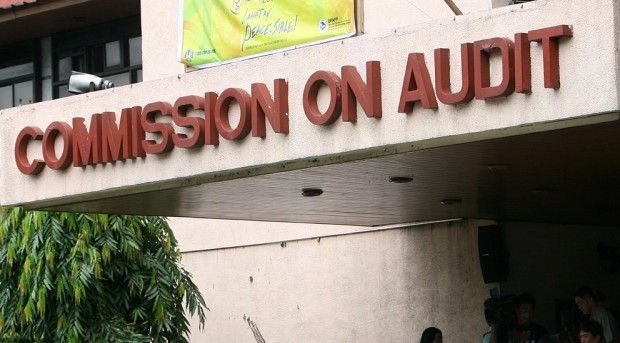 The government lost P626.3 million in projected revenues due to a questionable agreement the Bureau of Immigration (BI) entered into with a private firm to automate alien registration in the country, the Commission on Audit (COA) found.

In its audit of the BI for 2013, the COA said amendments to the original build-operate-transfer (BOT) contract between the BI and Datatrail Corp. were “void, inoperative and without legal effect” since they were not sanctioned by the National Economic and Development Authority (Neda).

The changes in the BOT agreement—which was signed in December 2003—were approved by former Immigration Commissioner Marcelo Libanan and Commissioner Roy Almoro in March 2007.

“The amendments introduced to the BOT agreement appear (to be) very disadvantageous to BI,” the COA noted.

“The amendments, modifications or variations introduced… to the BOT were void, inoperative and without legal effect because of the various violations to Republic Act No. 6957,” it said, referring to the BOT Law.

Among the amendments to the contract for the Alien Certificate of Registration Identity Card project was a modification of the revenue-sharing scheme between the BI and Datatrail, formerly known as J. Serrano Trading Corp.

The project was supposed to modernize and hasten the registration of foreign nationals living in the country by introducing a microchip-based ID card.

From the original 50-50 sharing in gross revenues, the COA said the BI agreed to a 67-33 sharing scheme in favor of Datatrail.

It said Libanan and Almoro also approved a contract extension from 10 to 21 years.

Under the original contact, the COA said the agreement should have been terminated in December 2014 and Datatrail should have turned over all the equipment for the manufacture of alien certification IDs to the BI as agreed upon.

Citing the law, the COA said there should be “no increase in the agreed on fees, tolls and charges, or a decrease in the agency revenue or profit share derived from the project.”

It said the law also states that there should be “no reduction in the scope of work or performance standards, or fundamental change in the contractual arrangement or extension in the contract term.”

“(T)hus, the 67-33 revenue sharing in favor of Datatrail and (the) extension of the contract term from 10 to 21 years cannot be honored,” it said.

Because of the infractions to the law, the COA said the BI should “consider the termination of the BOT agreement.”

The COA also noted that the BI did not seek the approval of the Investment Coordination Committee of the Neda, a requirement for all government projects costing at least P300 million.

“For effecting the amendment without the needed approval, the signatories thereto are answerable to the government to the extent of loss in revenue on account of such void amendment,” it said.

Since the changes in the contract were illegal, the COA said the “provision of the original BOT agreement, as approved by the Neda board, shall be enforced.”

“Thus, the 50-50 revenue sharing and the contract duration of 10 years shall be observed,” it said.