$100M in economic losses incurred yearly due to China’s reclamation 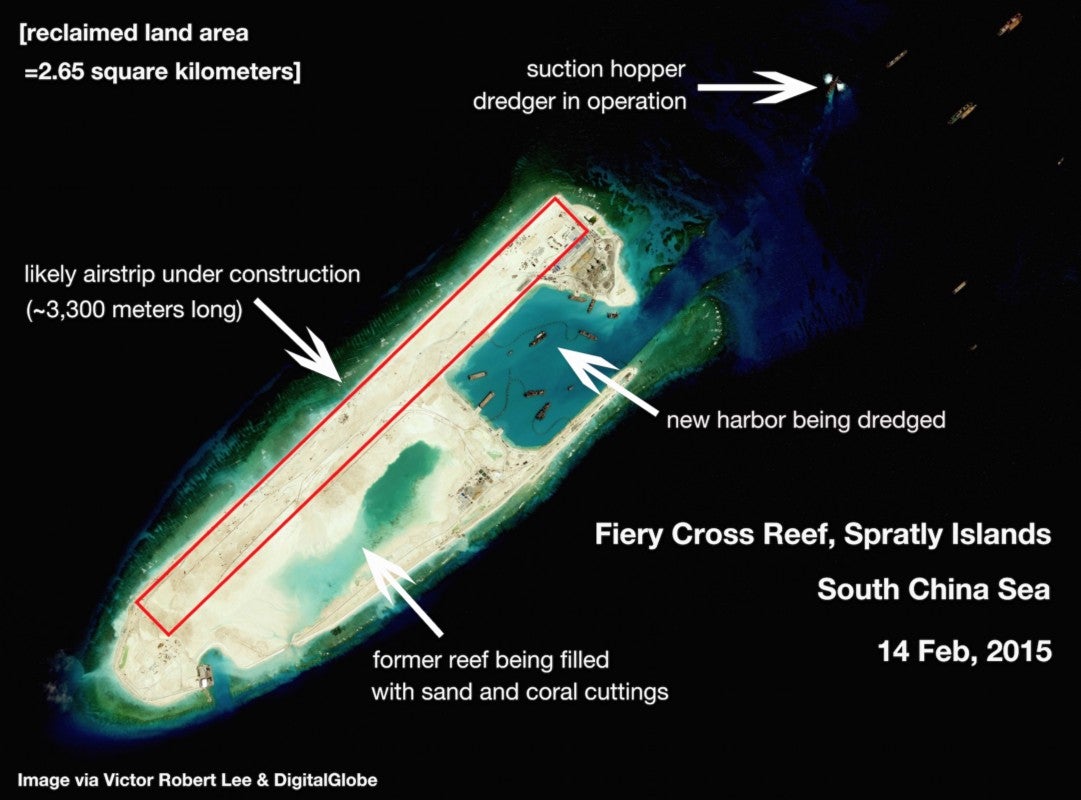 China’s massive land reclamation in several reefs in the West Philippine Sea is causing the destruction of an estimated 300 acres of coral reefs which result in economic losses of around $100 million each year, the Department of Foreign Affairs (DFA) said Monday.

“China’s massive reclamation activities are causing irreversible and widespread damage to the biodiversity and ecological balance of the West Philippine Sea (South China Sea),” DFA said in a statement.

“China has pursued these activities unilaterally, disregarding peoples in the surrounding states who have depended on the sea for their livelihood for generations. The destruction of 300 acres of coral reef systems resulting from the reclamations is estimated to lead to economic losses to coastal states valued at US$100 million annually,” it said.

Along with the land reclamation, China is also constructing massive structures believed to be military bases.

China’s land reclamation in the exclusive economic zone (EEZ) of the Philippines is seen as part of its aggressive expansionist policy in the region believed to be rich in oil and natural gas resources.

According to the United States (US) National Oceanic and Atmospheric Administration (NOAA), coral reefs are vital maritime ecosystems that provide valuable support for marine species such as providing habitat and breeding grounds.

“Storehouses of immense biological wealth, reefs also provide economic and environmental services to millions of people. Coral reefs may provide goods and services worth $375 billion each year. This is an amazing figure for an environment that covers less than 1 percent of the Earth’s surface,” it said in its website.

Aside from reclamation, China has also repeatedly used force to prevent Filipino fishermen from going to reefs in the Spratly Islands to fish.

The Philippines has filed an arbitration case before the International Tribunal on the Law of the Sea (ITLOS) to question China’s nine-dash line claim which it says is based on “historical facts.”

“We should not allow China to distract us from the real issues in the South China Sea, which are China’s illegitimate “nine-dash line” claim, and China’s unilateral and aggressive behavior in asserting that claim, as exemplified by its massive and unrestrained reclamation,” DFA said in its statement.

Despite repeated protests by the Philippines against China since the Scarborough Shoal standoff in April 2012, China has continued to assert its might in the region.

US President Barack Obama has also criticized China saying it was not following international rules.

“Where we get concerned with China is where it is not necessarily abiding by international norms and rules, and is using its sheer size and muscle to force countries into subordinate positions,” Obama said in a recent town hall event in Kingston, Jamaica.

“We think this can be solved diplomatically, but just because the Philippines or Vietnam are not as large as China doesn’t mean that they can just be elbowed aside,” he said.