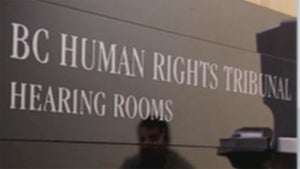 SAN FRANCISCO — A Filipino woman who was held as a “virtual slave” in a hotel in Richmond, British Columbia by a Hong Kong family who moved to Canada was awarded more than $55,000 by the BC Human Rights Tribunal.

The mother of two — called PN in the decision — was hired as a caregiver for the couple’s two children. She claimed the husband sexually assaulted her and the wife abused her in the hotel suite where they stayed while looking for a house in Richmond. Even the children made fun of her, according a report by CBC News.

“PN was a virtual slave,” tribunal member Catherine McCreary wrote in her decision,” underfed and treated like she was subhuman; all because she was a young Filipino mother who needed the job to take care of her own children.

The couple was identified as FR and MR. She was hired through an employment agency and paid C$600 a month to work from 5:30 a.m. to 11 p.m. in Hong Kong. She said she had to eat her food while standing and was docked wages for sitting down. The nanny said the husband, FR, first started sexually assaulting her in Hong Kong.

The nanny claimed she was pressured to join them when they decided to move to Canada on July 7, 2013. They moved into a two-bedroom hotel suite near the airport while they looked for a house. She said she was only allowed to eat with permission from MR, who called her names like “garbage,” “stupid” and “evil.” She claimed FR also started sexually assaulting her again, warning her she would be sent home if she told anyone.

The nanny ran away from the hotel on August 18, 2013 with no money, passport, eyeglasses or extra clothes.

She called police, who initially told her the jurisdiction for solving her problem was in Hong Kong. But Royal Canadian Mounted Police called her back after FR reported her missing.

The nanny ultimately made her way to a Vancouver safe house for women who have been victims of sexual exploitation or human trafficking. She can’t work in Canada and does not qualify for social assistance.

The nanny was awarded $5,866.89 for wages she made during her stay with the family but ordered the couple to pay her another $50,000 for injury to dignity, feelings and self-respect. The ruling is one of the largest awards in the tribunal’s history, reported CBC News.