China projects on rise in Manila despite sea row 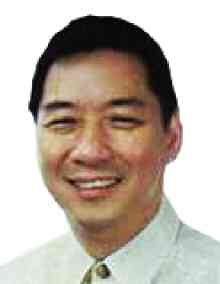 Despite the country’s territorial dispute with China in the West Philippine Sea, officials of the Manila City government are confident that its growing list of partnerships and projects with Chinese benefactors will not be jeopardized by the diplomatic and maritime tensions.

Councilor Bernardito Ang, who has played a key role in securing these partnerships between Manila and various city governments in China, said Beijing respects the individual engagements that provinces and cities pursue with their foreign counterparts.

“It is not difficult to enter into talks and sign agreements with Chinese cities, despite what has been going on in the national level between the Philippines and China,” Ang said in an interview.

He was referring to the case filed by the Philippines in the International Tribunal on the Laws of the Sea questioning China’s claims over islands in the West Philippine Sea.

“The Chinese national government does not intrude into the foreign dealings of the local governments. That’s the instruction from their leaders. This ensures that they are free to pursue cooperation,” said Ang, who is also the vice chair of the Manila Chinatown Development Council.

Manila stands to benefit from a number of agreements, many already signed and others still in the works, particularly with the Chinese city of Guangzhou.

In February, the city government unveiled plans to construct a much bigger welcome arch in Binondo which is said to host the biggest and oldest Chinatown in the world. Construction of the arch is now in progress, with the Guangzhou International Educational and Cultural Exchange Foundation footing the bill for the materials and construction.

Under this partnership, the city government will just provide the labor to finish the project, which is expected to be inaugurated in time for Manila Day on June 24. The city government is also taking inspiration from Guangzhou in its bid to revive the rest of Chinatown.

Also in February, the city government sealed a deal with the Philippine Chinese Education Research Center (PCERC), wherein the latter will be hiring language teachers from China to teach Mandarin in schools to be selected by City Hall. PCERC will take care of the teachers’ salaries while the city government will look after their security.

The Manila city government is also expected to benefit from an agreement to revive the “Friendship-City Relationship” agreement with Guangzhou, which was initiated in 1975 by then First Lady and Metro Manila governor Imelda Marcos and signed by then Manila Mayor Ramon Bagatsing and his counterpart, then Guangzhou Mayor Liang Lingguang.

Ang said the city is negotiating the terms for the revival of the agreement and is keen on forging cultural and labor exchanges between Manila and Guangzhou, which can open jobs, internships and other opportunities in the Chinese city for Manila residents.