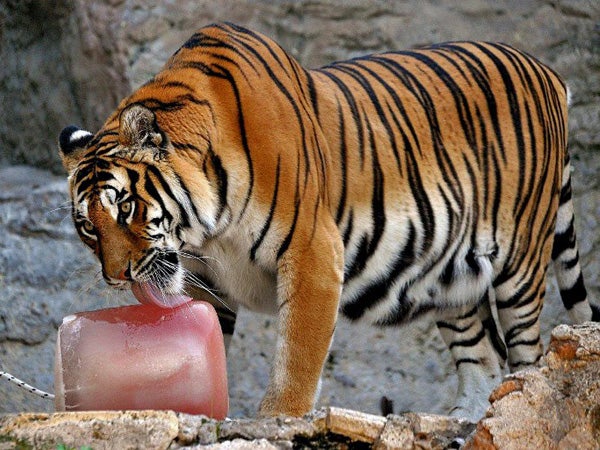 A tiger being kept in a zoo in Rome. AFP FILE PHOTO

A resort complex in northwest Laos targeting Chinese visitors has become a “lawless playground” for the trade in illegal wildlife ranging from tiger meat to bear paws, an advocacy group said Thursday.

Customers “can openly buy endangered species products” in the Golden Triangle Special Economic Zone on the border between Laos, Myanmar and Thailand in Laos’ Bokeo province, according to a report by the Environmental Investigation Agency (EIA).

The London-based group, together with the non-governmental group Education for Nature Vietnam, also documented restaurants offering “sauté tiger meat”, bear paws and pangolins on their menus.

Laos is becoming a growing hub for the trade in endangered species with foreign tourists, particularly from neighboring China, driving the demand for illegal products, according to environmental groups. 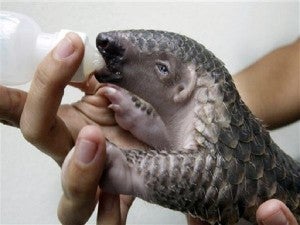 A pangolin being fed with milk in a zoo in Bangkok. AP FILE PHOTO

The EIA report called on Laos to immediately set up a task force to tackle the trade and seize all illegal products in the Special Economic Zone.

“China also needs to understand and accept that its legal domestic trade in the skins of captive-bred tigers is doing nothing but driving consumer demand,” said Debbie Banks of the EIA in a statement.

According to the report the Laos zone “appears more like an extension of China”—running on Beijing time, employing mostly Chinese workers and displaying signs in Chinese characters.

Similar temples of excess have sprung up in Myanmar where some border towns—often outside of central government control—have become open markets renowned for selling rare animals, sex and gambling trips to Chinese visitors.

China’s seemingly insatiable appetite for rare animal meat and parts has also led to a thriving smuggling scene across much of Southeast Asia.

Authorities in Vietnam and Thailand routinely uncover large hauls of endangered animals heading north in what conservationists say is likely just a fraction of the species smuggled into China.