MANILA, Philippines—The Princess Royal of Great Britain on Wednesday visited communities in Leyte that were severely affected by Supertyphoon “Yolanda” (international name: Haiyan) as part of charity work for Save the Children Philippines.

“Having Her Royal Highness visiting Save the Children projects is a huge boost to the staff and communities who need to be reminded that they’re not forgotten after such an incredible process of recovery across the country,” Ned Olney, country director for Save the Children Philippines, said in a statement.

Princess Anne, the second child and only daughter of Queen Elizabeth, is the president of Save the Children in the United Kingdom. She arrived in the Philippines on March 16 and departed on the 19th.

During her stay, she met with President Benigno Aquino III, Vice President Jejomar Binay and other government officials to talk about recovery and rehabilitation projects of Save the Children in the country. 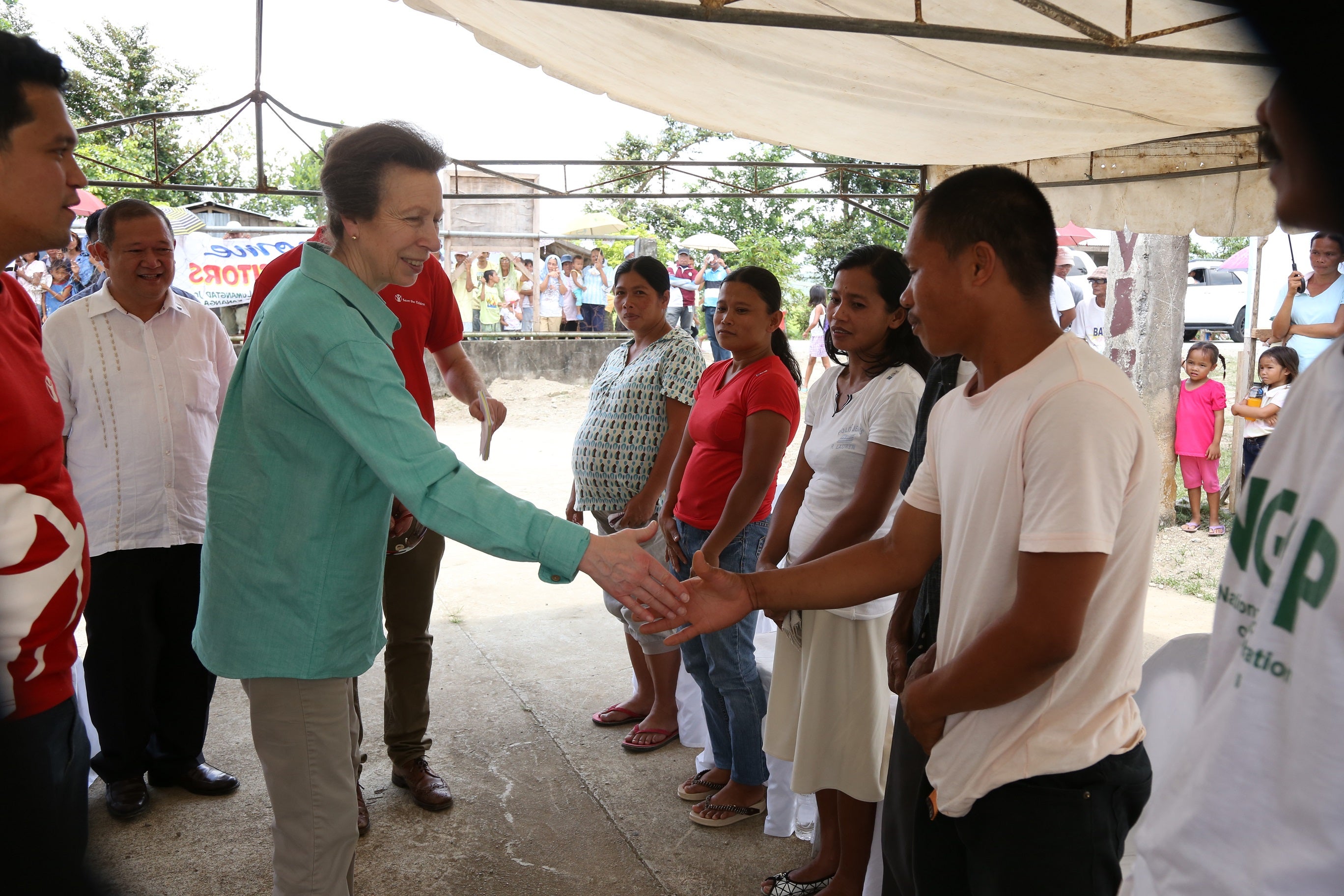 Princess Anne shakes the hand of Felipe Malinao, one of the livelihood beneficiaries of Save the Children in Barangay Tagaytay, Kananga, Leyte. PHOTOS BY SAVE THE CHILDREN PHILIPPINES 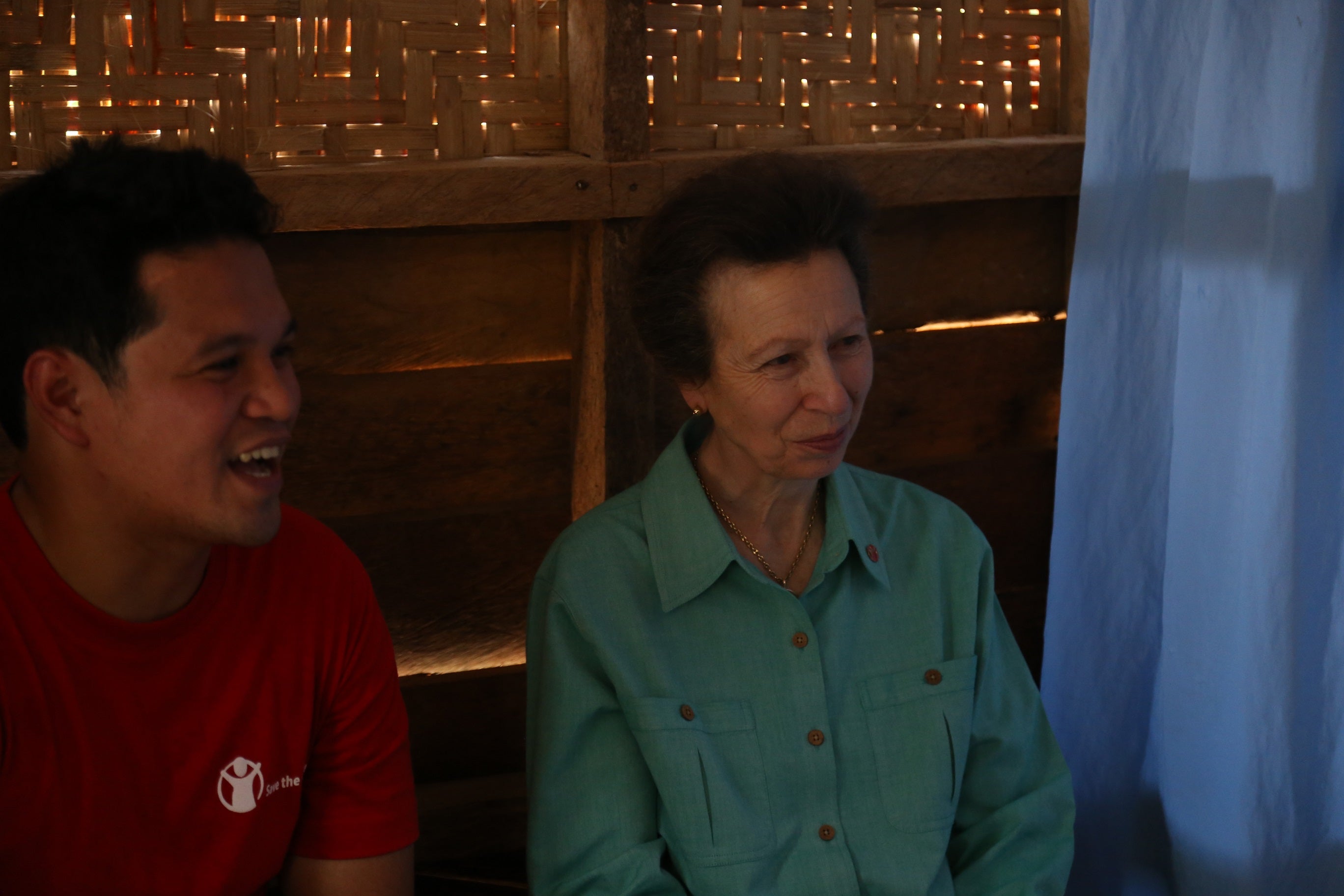 Princess Anne smiles as she listens to one of the beneficiaries of Save the Children. Beside her is the translator. 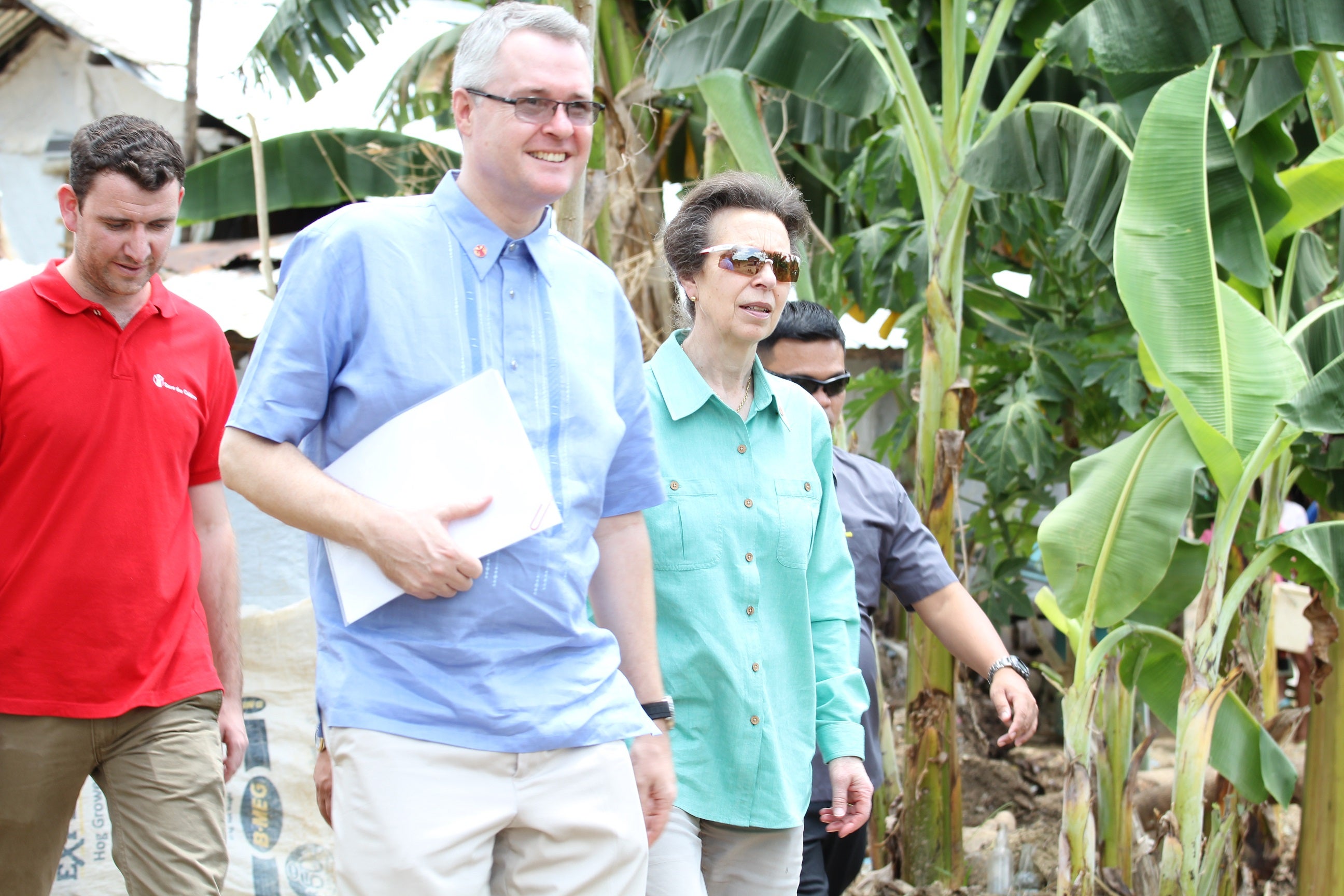