When a good mother leaves 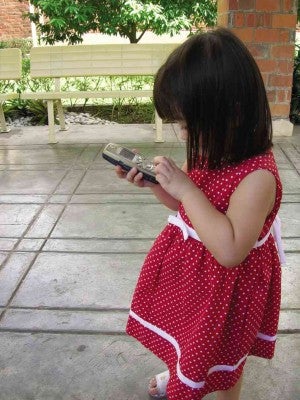 Due to their prolonged absence, parents of migrant children are often associated with “money, gifts and phone calls.” MA. ESTHER SALCEDO-POSADAS/CONTRIBUTOR

After 12-year-old Janice Escalona learned of her mother’s impending departure for work in Dubai, she only had a few days to adjust to the new reality.

Rica, her mother whom she considered her anchor, decided that working abroad was the solution to her family’s financial difficulties. [“Nawala ang Ilaw ng Tahanan,” by Ma. Lourdes A. Carandang, et al.]

Janice is not alone in her predicament.

A study written by Melanie Reyes titled “Migration and Filipino Children Left Behind: A Literature Review” and published by Miriam College Women and Gender Institute for the United Nations Children’s Fund, revealed that approximately one out of four Filipino children are left behind by their parents.

“In Asia, the Philippines is the major supplier of labor migrants to over 100 countries and the leading female migrant sending countries along with Indonesia. More than 8 million (10 percent) out of the 85 million Filipinos were working or living abroad.

While over 72 percent of total migrants from the Philippines are women workers …. Though there is no systematic data on the number of children left behind, it is estimated to be 9 million or 27 percent of the total youth,” the study reads.

Majority of Filipino migrant workers are women. The study highlighted the impact of disappearing mothers vs fathers: “A study by Scalabrini [Migration Center] reveals that there is a variation in terms of gender roles when women migrate compared with men.

“When men migrate, the left-behind wives indeed assumed more responsibilities with their dual roles as fathers and mothers. But when women migrate, it appears that families go through more adjustments—this is not surprising because changes in women’s roles often have more implications for the family than changes in men’s roles.

If women assume men’s responsibilities when the men are not around, men do not as readily take up caregiving.”

Reyes further noted that despite the remittances coming from abroad, they do not necessarily translate to substantial improvement in the lives of the families.

The long absence of parents also gives the child an experience similar to orphans or abandoned children.

Such parents are often associated only with money, gifts and phone calls. The work of caring for the family is also often passed on to the eldest daughter, rather than the father, and this arrangement puts a heavy burden on the child.

The study ends with a few recommendations such as the review of existing government programs for OFWs that should take the needs of very young children into account. Right to education and healthcare for children were also cited.

Finally, the study also recommended the consideration of family reunification as a policy. This includes the reunification of separated children with their parents, even if parents don’t have permanent resident status or are seeking asylum.

Read Next
OFW’s family disintegration blamed on big, fat liar
EDITORS' PICK
Cherry Mobile teams up with Cloud Panda PH, launches online store
Leveling up your ‘lutong bahay’ with the kitchen companion you never knew you needed
Trump took shelter in White House bunker as protests raged
WATCH: Edsa traffic blues on GCQ Day 1
Someone from the Philippines can become $356 Million richer this Tuesday
Calida attends House hearing on ABS-CBN franchise
MOST READ
‘If I had not been SolGen, I will make you eat your words,’ Calida tells Coco Martin
5 car dealership outlets shutting down
Calida says he is not ‘at loggerheads’ with Congress on ABS-CBN issue
WATCH: Edsa traffic blues on GCQ Day 1
Don't miss out on the latest news and information.