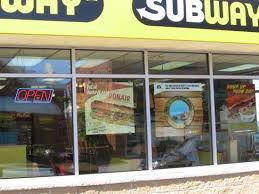 Temporary worker David Gutierrez quickly moved up the Subway franchise in Pictou and is now manager. But he may have to leave Canada due to new temp worker rules.

DALY CITY, California — A Filipino temporary worker in Pictou, Nova Scotia, Canada, who is supporting four children and his wife in the Philippines may have to leave as a result of the federal government’s crackdown on the country’s temporary workers program.

David Gutierrez moved to Pictou five years ago, landed a job at a Subway restaurant and has worked his way up to manager, handling all aspects of the business, from making sandwiches to managing inventory to scheduling employees, according to a CBCNews report .

But the federal government refuses to renew his temporary foreign worker permit, following a crackdown last year to limit the number of such workers in Canada. Gutierrez may have to leave soon and with that lose his family’s source of support. He sends 70 percent of his income to the Philippines, according to CBCNews.

Gutierrez is desperately studying to acquire his grade 12 equivalency so he can enter a different immigration stream, the provincial nominee program.

But he is worried he is running out of time to qualify, because his current permit expires on March 31. He fears going back to the Philippines and finding no work there.

His employer, Subway franchise owner Greg Burrows, has been trying for months to secure a way for Gutterez to stay. Ten of his other employees have successfully entered the provincial nominee program or become permanent residents.

The problem is that Gutierrez falls just short of education standard. He is studying diligently through a local adult education program.

Burrows is urging the federal government to allow workers like Gutierrez to stay a little longer, giving them a chance for permanent residency.

He told CBCNews that Gutierrez is experienced managing his shop, has been paying taxes for nearly six years, and is just the kind of immigrant Nova Scotia needs.