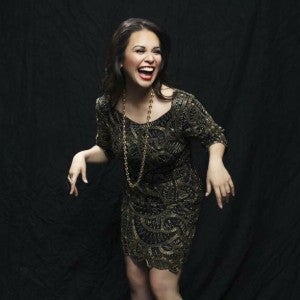 SAN FRANCISCO — Fresh from her “The Voice of the Philippines” judging gig, Broadway diva Lea Salonga is back at the Big Apple to stage “Kaleidoscope.” The much-anticipated solo concert is slated for March 14 at The Town Hall on Times Square in New York.

It is a one-night-only engagement where there will be plenty of singing and storytelling. “I love telling stories that lead into the songs,” Salonga told Manila Mail last week.

Come fall, she is due to return to Broadway for the next production of “Allegiance.” Salonga confirmed the possibility of working with George Takei once again with contracts being finalized for the upcoming musical.

“The story of Allegiance covers an important part of American history, when tens of thousands of Asian-Americans were put in camps just because they looked like the enemy.” The Philippines’ pride shares her views on these and more, here:

America is supposedly the most progressive country in the world. Does it surprise you that prejudice/bigotry still happens here? Why do you think it persists?

“It’s surprising, and very sad. Given that America is where many immigrants go to pursue their dreams, the surprising part is how similar and common everyone’s experiences are. Everyone comes here for a better life, so truly, no one has any right or moral high ground to single out any immigrant group just because they’re different. If you dig deep enough, no one is really all that different from anyone else.”

Tell us please how it was like working with the legendary George Takei.

“George is incredible to work with. Always fun and funny and just a joy to be around. I know he says he’s in his late seventies, but from how much energy he has and from how in shape he is, you wouldn’t think that. He’s very young!”

What’s the one thing that you learned from him during the first production of “Allegiance” in 2012?

“For someone that has had a career as long as his, he’s still so open and willing to learning new things. This is the first musical he’s ever done, so he’s taking a lot of it in. He’s more game than many younger professionals at ‘diving into the pool’ without hesitation.”

At TVOP, how do coaches handle pressure as a group? How do you guys keep up with the competition as individual celebrities?

“We compete with one another, so I don’t know how the other coaches handle stress. It’s not something I’ve powwowed about with any of the others in the show, so you’d have to ask them. As for me, I just try to focus on the team and how to best help them with their journey in the show.”

Tell us what to expect from your shows in New York and San Francisco.

“Plenty of singing and lots of stories. I love telling stories that lead into the songs.”

I remember you telling me before that New York will always be your home. Has the idea of relocating with family for good ever crossed your mind?

“At the moment, there are no plans to relocate. My family has settled in nicely in Manila, and so for right now, that’s where we’ll be. Besides, the weather in the city hasn’t exactly been ideal. I mean, what’s with all the snow in March???”

What’s your take on the perceived widespread corruption in the Philippines?
“Oh dear… we may need drinks for this conversation. But seriously, as a citizen, it’s infuriating that this is a problem that still exists. Corruption is not just stealing from our nation’s coffers, it’s stealing from every tax-paying citizen. So as a taxpayer, I’m infuriated.”

Does Nicole watch the news? If so, what questions has she raised?
“She doesn’t watch it yet.”

Can you tell us what you teach her or how you handle it?

“With regards to the news, nothing yet. Right now, I want to limit her problems to how to negotiate the politics on the playground.”

Read Next
Promising Filipino temp worker may have to leave due to Canada crackdown
EDITORS' PICK
How Filipinos are embracing digital technology amid the coronavirus pandemic
Win the Samsung Galaxy S20+ BTS Edition at the Smart K-Quiz Night on July 18
Water remains our saving grace right now
LIST: Quarantine status of provinces, cities in PH until July 31
Metro Manila stays under GCQ until July 31
Cebu City status downgraded from ECQ to MECQ until July 31
MOST READ
ABS-CBN to start retrenchment by end of August, as franchise remains elusive
Defensor dares Tañada to public debate on ABS-CBN franchise issue
Metro Manila stays under GCQ until July 31
Drilon tells Duterte: To end oligarchy, political dynasties must fall first
Don't miss out on the latest news and information.