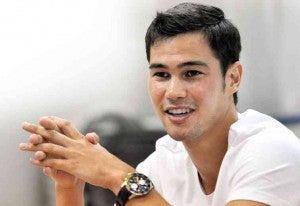 ‘FIL-WHATEVERS’ Filipino migration has resulted in numerous interracial marriages, giving way to “Fil-Whatevers.” Some of these Fil-Whatevers are Filipino-British football players, also brothers, James and Phil Younghusband, and Filipina-Mexican singer Jessica Sanchez. Filipinos welcomed these Fil-Whatevers, who are gifted talents in sports and arts. INQUIRER PHOTOS

Surprisingly or not, the Philippines bears a more positive economic image among the league of nations in these last few years since the 2007 global economic crisis.

The Philippines is now fused in acronyms such as “TIP” (Thailand, Indonesia and Philippines, all referred to by investment bank Morgan Stanley as the next “Breakout Nations”) and “TIMP” (Turkey, Indonesia, Mexico and the Philippines).

There were also adages that investment banks like Goldman Sachs created such as the “Next Eleven (N-11)”: Bangladesh, Egypt, Indonesia, Mexico, Nigeria, Pakistan, the Philippines, South Korea, Turkey and Vietnam.

And for the longest amount of time, a social barometer of Philippine economic woes is rising overseas migration, mostly labor migration. Rising domestic unemployment, stagnant agricultural growth and a stale manufacturing sector all occurred while the exodus of an army of Filipino workers—from high school graduates upwards, and with women leaving child-rearing duties to extended kin—had not abated.

The future beside Filipinos’ overseas migration had now changed. Economists have said many times that billion-dollar remittances had altered macroeconomic fundamentals positively, to the point that remittances have uplifted some members of the working class in Philippine rural communities.

Sure there remain the social costs that parents with children continue to endure, as well as illicit labor migration arrangements (e.g. contract substitution, illegal recruitment, trafficking) that continue to dupe aspiring Filipino migrants.

These remain valid issues for the world’s most organized migration management system that is the Philippines.

But looking back at the last half a century (starting in the ’60s), as social scientist Dr. Filomeno V. Aguilar Jr. of Ateneo de Manila University contends, overseas migration has “revolutionized” the Philippines.

That is a remark you won’t read from the ’90s to the early years of the new millennium’s first decade, when the Filipino public is all but concerned with Filipinas who endure long hours of household chores and babysitting for foreign households, or the image Filipinos had been stereotyped in relation to the work of domestic helpers.

First on the revolutionary contribution of overseas migration: Filipinos as overseas migrants have entered into the modernity and cosmopolitanism of other countries while remaining to be Filipinos by official citizenship or racial affinity.

Then these Filipinos, through individual Filipino practices and communal events in overseas countries, still bring with them Filipino habits and practices in almost full color.

Two, as Aguilar contends, state dynamics and Filipino nationhood had been moved by overseas migration.

Nearly two decades to this day, the execution of Flor Contemplacion in Singapore forced the development—and then eventual amendments—of national laws and policies on migrant protection and overseas employment. 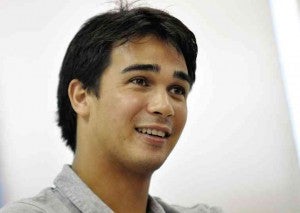 Philippine foreign policy also had to put people—in reference to Filipinos abroad—as one of the pillars of such policy.

Now whatever happens in certain countries, there is some form of readiness on the part of the government machinery: from repatriation to reintegration, then following up with responses such as bilateral negotiation with certain countries of destination.

Visible signs of rural growth (that has some remaining agricultural activity) are present —like a Shoemart or Robinsons mall or a Puregold outlet in a first or second-class municipality outside of Metro Manila.

Even if some statisticians like Romulo Virola think that the Filipino middle-class, on the overall, is “shrinking,” low-income Filipino families with overseas worker family members had declined while overseas migrant households belonging to the middle class spiked in number.

And of course, and on a more popular note, Filipino pop culture had welcomed the “Fil-Whatevers:” Filipino-British football players, also brothers, Phil and James Younghusband Filipina-Mexican singer Jessica Sanchez and other Filipinos whom we find to be gifted talents in arts, sports or professional work.

The prominence of these “foreigners” with Filipino lineage operates in a backdrop where Filipinos continue to search for heroes in general, and overseas Filipinos who are still less-integrated in certain countries are looking up to success stories coming from compatriots.

The shame or diminution of statuses unto Filipinos overseas in certain countries prevails. The many abuses confronting Filipino workers continue to haunt current-day Philippine labor migration, in particular, and Filipinos’ international migration, in general.

Civil society groups and overseas Filipino associations are on their toes if the Philippines conforms to the provisions of an international treaty, the United Nations Convention on the Protection of the Rights of All Migrant Workers and Members of their Families, or not.

Nevertheless, these did not stop Aguilar, in his book “Migration Revolution: Philippine Nationhood and Class Relations in a Globalized Age” (2014, Ateneo de Manila University Press), from writing that overseas migration had created a “bloodless” revolution over a span of time, in forms such as instigating new developments or forming new bureaucratic and social institutions, or even redefining Philippine nationhood.

“Although overseas … migration has not altered, and cannot be expected to overhaul, the Philippine political order, it has been responsible for unprecedented developments and fundamental orientations in Philippine institutions and social life to such an extent that it is justifiable to frame overseas … migration as a revolution,” Aguilar wrote.

What is happening at the moment is an initial phase of Filipino overseas migration’s revolutionary impact on the Philippines, at least in economic and policy terms.

The observations still prevail that consumption primarily drives Philippine economic growth, and services is the main economic sector. Not that these developments are bad in themselves, yet more can be done to generate more value-added growth in a nation that continues to receive surpluses from abroad.

That potential can all happen in rural communities, the places where all domestic and international migration decisions begin because of decrepit economic conditions.

These rural birthplaces are awash with cash—lumping together farming, nonfarming and migration incomes into an interesting local resource basin. How then these resources be maximized if local business climates remain less conducive to all sorts of investors, or local governments remain less knowledgeable about the overseas migration phenomenon and its dynamics and impacts locally?

As of late, there is a tide of endeavors related to remittances for development—if at all these will supplement the hometown empathy of Filipinos abroad as displayed by their continued 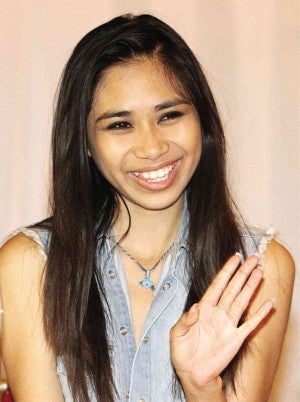 Overseas migration, policy-wise, also remains to be centered on the dynamics of migration management given that prevailing issues are itches hard to put off.

If migration does indeed impact on many aspects of Philippine socioeconomic life, what then is the overall migration and development policy response?

The health and trade and entrepreneurial sectors had begun their migration-and-development soul-searching.

But what about agriculture and rural development, science and technology, domestic employment and industrial policy, education, local governance, international trade, social development and social protection, and even cultural development?

How then to revolutionize the operationalization of overseas migration’s supplementary role on Filipino socioeconomic development is the next phase of migration’s revolutionary role in the Philippines. “Migrant workers … have helped lay the foundation for the respectable economic growth of the (Philippines) in recent years,” Aguilar wrote. “The Philippine national economy has become both unmanageable and unimaginable without overseas … migration.” He added.

It will be interesting then to see how Filipinos here and abroad, policymakers included, take advantage of the revolutionary contributions of overseas migration to bring more hope, rather than hopelessness, in this modern-day emerging Southeast Asian economy.