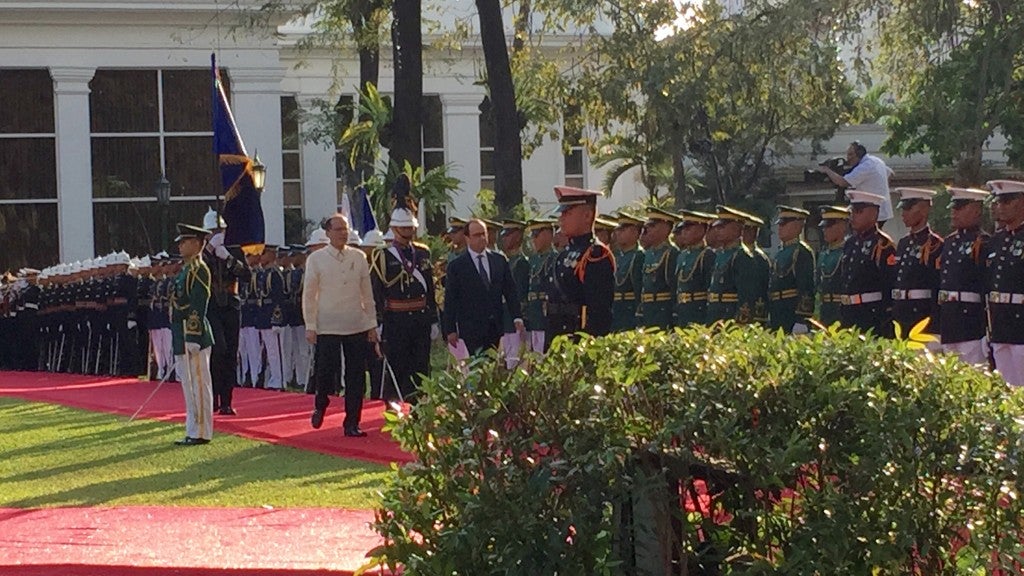 Hollande and his entourage were at the Palace for the welcome ceremony and the launch of the Manila Call to Action on Climate Change.

After the welcome ceremony at the Palace grounds, Hollande was asked to sign the official guestbook of Malacañang.

Hollande and Aquino will meet for 30 minutes before holding an expanded bilateral meeting.

At around 6 p.m., they are expected to sign several bilateral agreements, which will be announced during a joint press conference.

The main event for the evening will be the Launch of the Manila Call to Action on Climate Change, which will help bolster Hollande’s campaign for a new climate change pact to replace the 1997 Kyoto Protocol.

In December, France will host the United Nations Climate Change Conference. Hollande hopes it will pave the way for the new agreement.

It is the first time that a French president visited the Philippines, a country that is now at the front lines of the fight against climate change after being devastated by strong storms such as Super Typhoon Yolanda.