Cell phone thefts down sharply in SF, NY, London due to kill switches 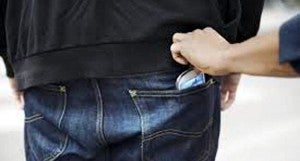 The SOS Initiative called on the smartphone industry to adopt kill switch technology as a theft deterrent. The crime data released shows the effectiveness of the strategy of putting pressure on private industry to implement existing technology that removes incentives to steal a smartphone is working to reduce crime and protect wireless consumers.

After SOS called on the industry to adopt a kill switch, Apple introduced Activation Lock in September 2013.  While initially an opt-in solution, there has been a steady downward trend in thefts targeting smartphones since the implementation of this technology.

During that same time period, San Francisco recorded a 27 percent overall drop in cell phone robberies, and a 40 percent decrease in iPhone robberies. London has recorded a similar decline in smartphone crime.

In London, the monthly average for the number of phones stolen has halved since September 2013 – resulting in 20,000 fewer victims annually.

“The wireless industry continues to roll out sophisticated new features, but preventing their own customers from being the target of a violent crime is the coolest technology they can bring to market,” said  Gascón.

“After meeting with families who had lost loved ones to violent robberies targeting their smartphones, we decided to raise the alarm about smartphone theft and called on the industry to adopt kill switch technology,” Schneiderman said.

Johnson said, “In London we convened the major phone manufacturers and urged them to do more to protect their own customers, and the advent of a kill switch in late 2013, in conjunction with the enforcement efforts of the Metropolitan Police, has been key to this turnaround.”

The Secure Our Smartphones Initiative attributes the decline to the deterrent effect of a kill switch. The technology allows a user to deactivate a stolen phone, making it unusable even if the memory is wiped and operating system is reinstalled.

This makes stolen phones worthless to resell on the secondary market, taking away the economic incentive to steal them. If the rightful owner of a stolen phone recovers it, they can reactivate it.

Additionally, however, the technology ensures less tech savvy consumers don’t have to take any actions to ensure their device is worthless on the secondary market, thereby sustaining the deterrence value.

Thieves who wipe a stolen device will still need the original user credentials to reactive the device on a new wireless network – credentials they will not have.