US agents paid cash for info on terrorists | Global News

US agents paid cash for info on terrorists 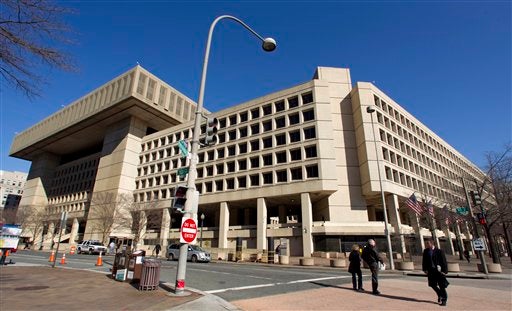 The Federal Bureau of Investigation (FBI) headquarters in Washington. AP

COTABATO CITY, Philippines—In a meeting held at the headquarters of the Autonomous Region in Muslim Mindanao police in Parang town, Maguindanao province, sometime in September last year, agents of the Federal Bureau of Investigation (FBI) and ranking Filipino police officials planned a secret operation aimed at getting a notorious international terrorist, a source who declined to be identified told the Inquirer.

The source said the target was on Washington’s list of priority terrorists: Malaysian Zulkifli bin Hir, alias “Marwan,” who had a $5-million price then on his head. The bounty was later raised to $6 million.

The Inquirer source, a former ranking police official in Central Mindanao, claimed that during the meeting, which he attended, the FBI agents shared an intelligence report on the exact whereabouts of Marwan and another terrorist, Filipino Abdul Basit Usman.

“They were paid cash in exchange for the information,” the source said.

The source said the FBI agents validated the information relayed to them by their mole through the use of “drones and global positioning system.”

“We can even see the hideout of their target,” he said.

During the meeting, it was decided that those involved in the operation would not share information with any other government agencies “to prevent a leak of the plan.”

“They will only coordinate with other government troops—posted along the highway—on their way to their mission,” he added.

“They are based in Manila and Zamboanga. We don’t have US troops [based] here [in Maguindanao],” she said.

As to the alleged involvement of US troops in the Philippine National Police Special Action Force (PNP-SAF) operation on Jan. 25 that cost the lives of 44 police commandos, Petinglay said she was not aware of it.

She said what she knew was that US forces helped extract injured SAF commandos using a helicopter.

The Inquirer saw this helicopter, a white and green chopper manned by four Americans.

In Davao City, Bagong Alyansang Makabayan (Bayan) in Southern Mindanao said it wanted to know the role of the US military in the SAF operation.

“The unfortunate members of the police operation seem to be victims of the latest US-directed antiterror operation sanctioned by President Aquino’s government,” she said.

“We want to know what really happened, and why US soldiers are seen with the dead bodies of the PNP-SAF. Are they here just to help the wounded and carry the dead, or is this another one of their botched operations, similar to many of their operations in the Middle East? Is this another case of an imperialist country providing a pretext for its further involvement in local conflict, even if it means death to our fellow Filipinos?” Duazo asked.

Duazo said the Visiting Forces Agreement and the Enhanced Defense Cooperation Agreement have ushered in “increasing US military intervention in the Philippines.”

“The 6,000 or so US troops currently deployed in Mindanao may be doing more things on the island that the Filipino public has no knowledge of. President Aquino’s government owes the public [an explanation],” she added.

Defense Secretary Voltaire Gazmin said it was “normal practice” for the United States to assist in evacuating policemen or soldiers wounded in battle.

Gazmin was commenting on newspaper photographs showing Caucasians evacuating wounded SAF commandos after the clash in Mamasapano on Sunday.

The pictures showed the Caucasians helping Filipino soldiers and policemen in the air evacuation using a civilian helicopter.

“I cannot confirm that but I saw the pictures. But that is a normal practice whereby we ask assistance from the US forces to evacuate our wounded,” Gazmin said, adding that the United States has all the assets to provide medical evacuation.

But US forces are not allowed in combat operations of the Armed Forces of the Philippines, he said.

Asked if the AFP would seek US assistance to verify the remains of Marwan whom the police claimed was killed in the SAF operation, Gazmin said it would through DNA testing provided the government could submit sufficient data.

Reports said the civilian helicopter captured on photographs was traced to Evergreen Helicopters, reportedly a contractor of the US defense department.

Gazmin flew to Mindanao to get an accurate report on what happened in Mamasapano.

President Aquino has blamed the police commanders for the absence of coordination with the military in the area, which resulted in the heavy losses for the SAF.

Gazmin said the 6th Infantry Division dispatched troops from the Division Reconnaissance Company more than two hours after receiving a request for assistance from the SAF personnel who were under rebel fire.

“Why it took too long? Because the coordination was made [only] while [the SAF] were on their way to the target,” Gazmin said.

He said the SAF coordinated with the military battalion deployed in the area to guard main supply routes and detachments.

“It should have been in the division level so that it could be planned better. As the President said, their coordination was too late,” he said.

This means, he said, that the SAF needed a much bigger force.

“In this kind of major operation, you need to plan very well,” said Gazmin.

Gazmin also said that the President as Commander in Chief had been informed of operations against high-value targets but the go-signal to proceed was the call of the ground commander.

In Malacañang, Communications Secretary Herminio Coloma said he had no information about American soldiers being present during the operation to get Marwan.

Coloma said he also had no information that Marwan was killed in the SAF operation.

A classified document published by Wikileaks showed that the US Embassy in Manila sent a cable regarding Marwan on Oct. 17, 2006, to the CIA, Defense Intelligence Agency, Department of the Treasury, Joint Chiefs of Staff/National Security Council, Secretary of Defense, Secretary of State, the Association of Southeast Asian Nations and the United States Pacific Command.

Former US Ambassador to the Philippines Kristie Kenney, in the transmitted message, requested the inclusion of Marwan in the US Department of State’s Rewards for Justice list.

“We recommend up to $5 million as a reward for information leading to his arrest or capture,” Kenney said.

Described as a senior figure in the Indonesia-based terrorist group Jemaah Islamiyah (JI), Marwan was allegedly involved in “plotting attacks on the USS Blue Ridge, and was centrally involved in hiding ammonium nitrate for planned JI attacks against US facilities in Singapore.”

He had been directly linked to al-Qaida operative Hambali and was an intimate associate of JI operative Dulmatin, Kenney added.

Kenney also described Marwan as the former head of the JI-linked Kumpulan Militant Malaysia and was wanted by the Malaysian government for his alleged involvement in the assassination of former Perak State Assembly member Dr. Joe Fernandez.

“Zulkifli is considered a high-value target by the Department of Defense, and is on its Rewards list. On Sept. 9, 2003, he was named by Executive Order No. 13224 as a Specially Designated Global Terrorist Individual,” Kenney said.

Kenney said Marwan relocated to Mindanao in early 2002 and was believed to have sought shelter in North Cotabato with the help and protection of members of the MILF’s 105th Base Command.

“He is believed currently located in Pikit, Cotabato, where he is receiving support from elements of the Moro Islamic Liberation Front 105th Base Command. Zulkifli is the senior JI trainer in the Philippines and continues to engage in terrorism financing activities. He has been connected to multiple terrorist incidents here, including the 2003 Davao bombings,” Kenney said.

The cable corroborates the SAF information that Marwan was in the camp of the 105th Base Command during the operation in Mamasapano.

SAF chief: I am responsible