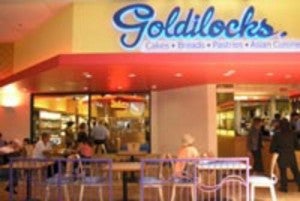 LOS ANGELES — When Filipinos think of Goldilocks, a curious blonde girl and her three bear companions are not usually what come to mind. For Filipino families around the world, Goldilocks is more than a character in a fairy tale. It is a delectable and cultural fact of life.

The most famous and largest bakeshop/restaurant based in the Philippines is expanding beyond the book to better serve its loyal and growing customers.

With eight locations in Northern California, three in Southern California, and one in Las Vegas, Goldilocks is known to Filipino communities all over the West Coast. It has also made its mark as a global brand, selling goods and products to markets internationally, including Asia and Canada.

Today, the company continues to reach out to its growing customer base at home and abroad, while sticking true to its Filipino roots.

The story of Goldilocks began where most fairy tales start: with family. In 1966, two close half-Filipino/Chinese sisters, Milagros Yee and Clarita Go, and their sister-in-law, Doris, were baking sweets in their humble Makati City apartment to provide for hospital patients and family friends, who were their first dedicated customers. Nicknamed “The Two Moms,” the sisters were known for their ambitious work ethic and special homemade recipes—especially for their fabulous cakes and tasty pastries, which became quickly known in the community.

Following their dreams of starting a business, the sisters opened up a small bakeshop along the Pasong Tamo Street in Makati, Philippines, which quickly gained attention from both the locals and visitors. The first store had just 10 employees. Everything was made from the family’s home kitchen and products were sold out every day. As the franchising system grew and began to thrive in the Philippines, hundreds of Goldilocks stores were opened throughout Metro Manila to serve more customers, as people were becoming familiar with the Goldilocks name. 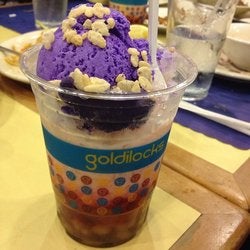 Goldilocks made its debut in the US in 1976, with the first opening in Los Angeles. More stores were opened later in Northern California, throughout San Francisco and San Jose, and a location in Las Vegas.

The brand became known for its wide range of Filipino desserts, snacks, and breads, as well as its “turo-turo” self-serve style of traditional Filipino foods.

Today, as a service to the thriving Filipino community overseas, there are over 400 full-service stores in the Philippines, 12 in California, and three in Vancouver, Canada. Other Asian countries such as Thailand and Singapore, as well as big retailers like Costco and Safeway, have sold Goldilocks products in their markets. In the Philippines, the demand has grown for Goldilocks’ bakery and baked goods, while in the US, both Filipinos and non-Filipinos often come together to share a meal in one of Goldilocks’ many family restaurants.

To better serve its growing customers worldwide, Clarita and Milagros established the Clarmil Manufacturing Corporation, the production arm of Goldilocks-USA, to help make and deliver goods to its many US locations. They began to centralize production using cake and bread production plants, and even started toll-manufacturing fresh and frozen products for mainstream supermarkets and warehouse stores. In 2006, Clarmil also received the Platinum Audit Award for achieving the highest score in Good Manufacturing Practices/Food Safety Audit as the only Filipino-owned firm, showing the business’ commitment to not only delighting its customers, but also ensuring their safety.

“We are a family-run business. Our number one goal is to make an established bakeshop presence to the community, to serve our family,” Louie C. Ortiz-Luis, a Goldilocks managing store director and Group retail president, told the Asian Journal. “We sell a wide range of delicious desserts, snack foods, and quality breads. We want to provide Filipino meals around the world for all occasions.”

Clarita and Milagros’ original vision of serving the community became a reality when sales sky- rocketed by the new millennium. From its simple, 10-person workforce in 1966, Goldilocks now has a strong international presence and thousands of employees in its hundreds of locations worldwide, with plans to expand even further in the near future.

Goldilocks recognizes the traditional Filipino family values of love, care, excellence, thoughtfulness, and above all, community. Filipino culture is also very much centered on food, particularly the experience of food bringing people together.

“Our community is unified through food. We are always looking at what’s important to the customers and what they value,” said Ortiz-Luis. “Authenticity is always at the top of people’s minds when they choose a niche of food. If you want Filipino food for lunch, you’re going to want real, authentic Filipino food.”

Staying true to the goal of providing quality meals to consumers, Goldilocks-USA is adding a new component to its business: a full-service restaurant. Modeling the success of its location in National City, which is currently No. 1 in sales in the US, the company aims to turn Goldilocks from the “turo-turo” fast-food place into a sit-down restaurant with a full menu.

“We want it to be a relaxing, family-style environment where Filipinos and non-Filipinos can come together and enjoy a freshly-prepared meal,” Ortiz-Luis said.

This year, Goldilocks plans to convert its new store locations in Southern California and many of the stores in Northern California to be all restaurant-style, with a full menu along with its famous baked goods. It also aims to bring back “in-store baking,” giving the atmosphere of being in an actual bakery, and to keep high-quality customer satisfaction and authenticity.

The transition from “turo-turo”-style to a mainstream restaurant franchise presents a willing challenge for the Goldilocks brand: making appealing and delicious food to complement the “sensual” experience of eating with your eyes, nose, and mouth.

“This is our Golden Renaissance. As we approach our 50th year, we’re bringing back the original Goldilocks bakery, the one everyone knows and loves, and making it more modern and attractive,” said Ortiz-Luis. “We want to be not just the Goldilocks of your parents, but also to appeal to the younger generations. We want our restaurants and bakeshops to be a gathering place, a local hot-spot, a community hub.”

Goldilocks has faced many challenges in recent years, including the task of how to serve a widely spread, growing Filipino community across the US. As the Filipino presence continues to expand in the country, a challenge the company has faced is the transition from a family-based bakeshop into a nationwide franchise.

“We want to penetrate the mainstream market in terms of our production, sell more products in mainstream stores with our Goldilocks name on it,” said Ortiz-Luis. “We are working to re-establish the brand, especially here in the US.”

Naturally, surviving in the business climate means dealing with competition. “Especially when you’re in the food industry. Everyone wants a share of the stomach,” he laughed. “Our main goal is to stand out among both Filipino and other contenders.”

As the biggest bakeshop in the Philippines, Goldilocks has already made its significant mark as a “Filipino institution” at the forefront of its industry. It also made waves last year at the wedding of Filipino TV superstars Dingdong Dantes and Marian Rivera, whose 12-foot, 120-kilogram white wedding cake from Goldilocks caught the attention of news outlets around the globe. The cake was reportedly decorated with Swarovski crystals and 3D-mapped for projected CG light effects. According to ABC News, Goldilocks may have beaten the Guinness World Record set in New England for the world’s largest cake at six tons in 2004.

Ms. Pinky Yee, marketing director for Goldilocks Philippines, worked together with her friend Dingdong Dantes, who endorses Goldilocks. She was instrumental in making the record-setting wedding cake into a reality. “They wanted to bring together an outstanding cake to celebrate the happy occasion,” Ortiz-Luis shared. “Together with the beautiful ceremony, it was a real-life fairy tale.”

In addition to building more locations in Southern California, Goldilocks is planning to add more sites in the East Coast, in big Filipino-central locations like New York/New Jersey, Washington DC, and Florida. The company hopes to expand its qualified staff members in each location, including skilled master chefs and bakers straight from the Philippines, cake decorators, chief cooks and local staff.