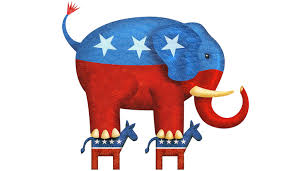 SAN FRANCISCO–On Wednesday, the Republican-controlled House of Representatives passed a bill that would end the Deferred Action for Childhood Arrivals (DACA) program, which has helped over half a million young undocumented people to work and live without fear in the U.S.

They also voted and passed legislation to stop the implementation of the new program announced by President Obama (DAPA), which would expand DACA and grant parents of U.S. citizens and legal permanent residents a work permit and halt their deportation.
The legislation is not expected to pass the Senate, and if it did, it would be vetoed by President Obama. But even as a largely “symbolic” vote, it could instill fear in immigrant communities.
A statement released Wednesday by the Dream Action Coalition calls on immigrant communities to continue to apply and renew their applications.
“We are concerned that this vote will instill fear and misinformation in our communities, and therefore we urge those who might qualify for DACA to continue to apply and renew their applications. We strongly encourage those who qualify under DACA and DAPA to continue gathering their documents and be ready to apply for the programs as soon as they are implemented. The higher the numbers of applicants, the more power we will have to defend what we have won from future presidents who might sacrifice the programs for quick political gain.”

DACA—confessions of a formerly undocumented youth