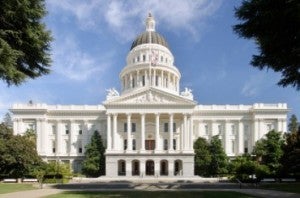 SAN FRANCISCO — Nearly a thousand new laws took effect in California at the start of 2015, many of them friendly to workers and undocumented immigrants.

Governor Jerry Brown had signed 930 bills passed by the legislature last year even as he vetoed 143 others.

Some of these laws have to wait for some months to take effect, an example of which is the July 1 implementation of the plastic bag prohibition that may yet go through a referendum, as it faces stiff opposition from affected quarters.

The same is true with the paid-sick leave measure.

Easily among the more popular new edicts in the state are those that increase the minimum wages of workers in various California cities.  Throughout the state, the current minimum wage is at $9.00; this increases by $1 next year, setting the minimum to $10.00.

The city with the highest wage is Oakland, which raised its citywide wage to $12.25 beginning March 2, apart from setting an increase every January based on cost-of-living adjustments.

Other cities and their corresponding minimum wages are:

Eureka rejected the measure for a wage increase.

The immigrant community, on the other hand, welcomes AB60, passed in 2013, that allows undocumented immigrants to obtain a California driver’s license after presentation of valid proof of identity (usually passport and birth certificate, if not the California ID itself) and proof of California residency (employment and school certificates and utility bills).

Starting Jan. 2, the Department of Motor Vehicles anticipates an increase of up to 1.4 million more applications to take written and actual driving tests from immigrants. Proponents have said that the state stands to gain from this law as more trained, tested and insured drivers are expected to make California roads a lot safer.

In relation to this new law, AB 1660 also takes effect, prohibiting discrimination under the Fair Employment and Housing Act (FEHA) based on driver’s license for undocumented workers. The law also disallows an employer from requiring the presentation of a driver’s license by anyone, unless the license itself is required by the employer or the job position, and that requirement is permitted by law.

AB 1660, however, still guarantees an employer’s rights or obligations to obtain information required under federal law to determine identity and authorization to work, although any information obtained by an employer shall be treated as private and confidential and exempt from disclosure.

Another law in favor of undocumented immigrants or students states that those who overstayed their visas will have access to the same loan opportunities as other students at the California State University and University of California systems, while another new California law will help children who arrived illegally without their parents by providing $3 million in legal aid to help the children as they go through the legal system.

On the labor front, employers are now jointly liable with labor contractors under AB 1897 for violations in entering into a contract for labor or services if the employer or employment entity knows that the contract does not include sufficient funds for the contractors to comply with applicable laws or regulations. It therefore requires any employer to share liability with a labor contractor for the payment of wages.

On the other hand, AB 2617 limits the use of arbitration agreements in resolution of conflicts especially if certain legal rights of employees are waived. In effect, employers are no longer allowed to require new hires to sign agreements that they will use arbitration rather than litigation or filing complaints with government agencies in the event of an employment dispute.

In support of this measure against human trafficking, AB 1610 extends protection to human trafficking victims who may become witnesses themelves. The bill introduced by Filipino American Assemblymember Rob Bonta and sponsored by the Alameda County District Attorney’s Office requires a thorough examination of the victim to iron out any possible biases, intimidation, or threats that may play a role in dissuading the witness from testifying.

Other measures passed and are now in effect include: