Apostolic Nunciature and Nuncio: The Pope’s official residence and envoy in PH 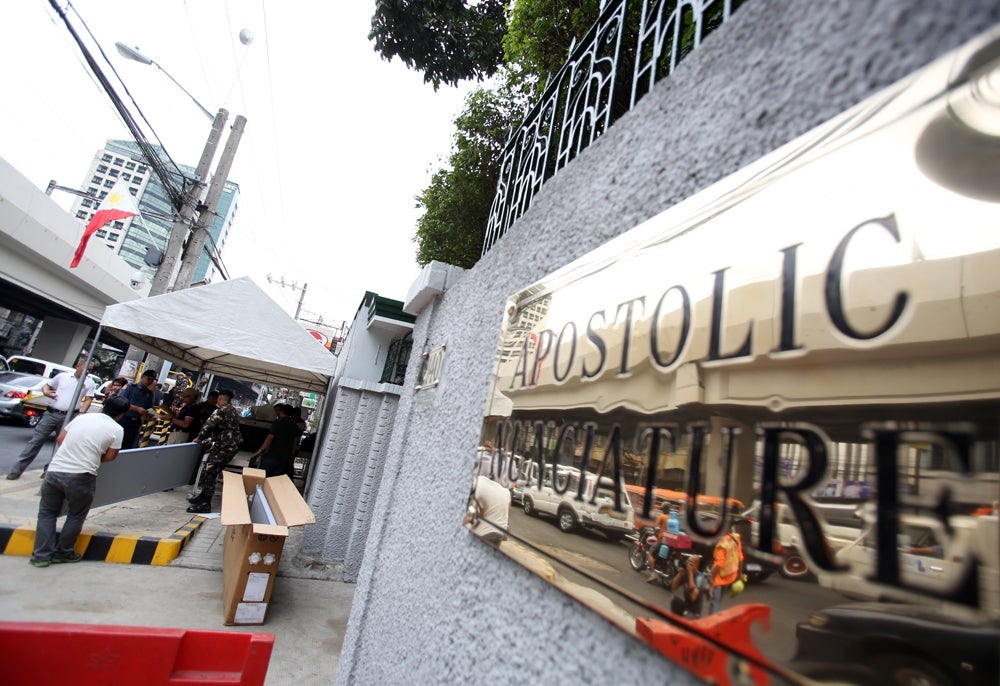 MANILA, Philippines–So where will be the official residence of Pope Francis during his four-day visit to the Philippines?

As in the past, the Apostolic Nunciature on Taft Avenue, Manila, will be the official quarters of all visitors from the Vatican, particularly the Pope.

The Catholic Bishops Conference of the Philippines (CBCP) said it is standard operating procedure for visiting popes to stay at the Apostolic Nunciature.

Apostolic Nunciature and the Papal Nuncio

The Apostolic Nunciature in the Philippines was built in 1902 along Taft Avenue in Manila.

The head of the Apostolic Nunciature is called a papal nuncio or the apostolic nuncio appointed by the Holy See.

Archbishop Giuseppe Pinto, appointed on May 10, 2011 by then Pope Benedict XVI, is the current nuncio to the Philippines.

Pinto, who was last assigned as papal nuncio to Chile replaced Archbishop Edward Joseph Adams who relocated to Greece.

According to the CBCP, Pinto holds a doctorate in Canon Law and is fluent in Italian, French, English, and Spanish.

Being a papal nuncio to the Philippines, Pinto is the personal representative of the Pope to the country.

A nuncio, a Latin word meaning envoy or messenger, is equivalent to the rank of an ambassador.

During the visit of then Pope and now Saint John Paul II in the Philippines, the Apostolic Nunciature also served as the official residence of the Pope.

Starting Thursday, January 15, Pope Francis will embark on a four-day trip to the Philippines after his visit in Sri Lanka.

After he arrives at the Villamor Air Base in Pasay City, the Pope will have a motorcade along Roxas Boulevard going to Taft Avenue until he reaches the Papal Nunciature where he will spend his first night in the Philippines.

When he returns to Manila on Sunday, January 18, the Pope will visit the University of the Santo Tomas to meet with the youth and the Mall of Asia Arena for the meeting of families.

The Pope will then hold a mass in Luneta where millions of Catholic devotees are expected to arrive.

Pope Francis’ visit to the Philippines is the fourth time the country would welcome a pope after Pope Paul VI’s visit in 1970 and Pope John Paul II’s trip in 1981 and the World Youth day in 1995.
RELATED STORIES

All you need to know about the papal visit