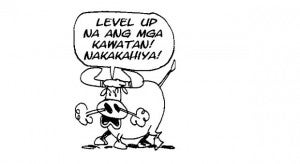 A Filipino “tourist” pleaded guilty Wednesday morning at the District Court to attempted theft after he was caught trying to pick a train commuter’s pocket in Hong Kong’s red light district of Wan Chai.

Antonio N. Maceda, 60, also pleaded guilty to violating a deportation order issued against him in 2013 which banned him from returning to this special administrative region of China following two earlier theft convictions. He had managed to slip past immigration authorities repeatedly in the past by using aliases.

“The (air) ticket was very cheap,” Maceda’s defense lawyer replied when Judge E. Yip asked the accused how he could have afforded a trip to Hong Kong.

He said he received P30,000 from a Filipino domestic worker in Hong Kong. He had fallen in love with her and she had visited him when he was in jail previously.

Maceda’s lawyer claimed that her client’s latest offense was not premeditated.

“Honestly, I don’t believe him,” the judge said. “His family supposedly lived from hand to mouth. Why spend HK$5,000 when his family was in dire straits?”

Commuter Alexis Lau told investigators he had just withdrawn HK$800, slipped it in his wallet, and put it in his pants’ left front pocket. Lau said he was at an escalator when he felt Maceda’s hand in his pocket. He immediately grabbed it and alerted the police.

Investigators took Maceda’s fingerprints and discovered that he had twice been deported from Hong Kong and was banned from returning. He was imprisoned for 20 months for theft in 2001 and subsequently 30 months, also for the same offense in his last visit.

The next hearing was set on Feb. 11 and Maceda was sent back to jail. He at least gets medicines there for his ailments. “Yes, every day,” his lawyer told the court.

Three other Filipino “tourists” are awaiting trial for attempted pickpocketing. They appeared in court on Monday.

Three more Filipino tourists, including a former domestic worker, are also awaiting sentencing for stealing nearly P3 million worth of valuables from two jewelry and watch stores in the tourist district of Tsim Sha Tsui in May last year. They had flown back to the Philippines with their loot, but returned to Hong Kong in July last year using different names and were arrested.

It’s unclear how many Filipino pickpockets are roaming in Hong Kong. What’s clear is they are expanding their activities elsewhere, with budget airfares making travel abroad affordable.