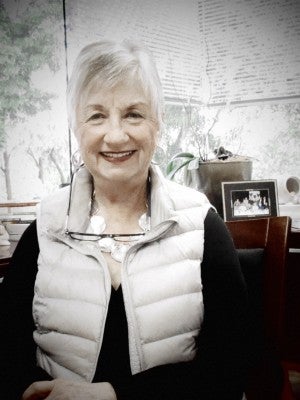 SAN JOSE, California – “The US has a problem with math and science. We’re getting mathematicians and scientists from outside the country. It’s not because we’re not offering good math and science classes. Why can’t many of our children pick careers based on math and science?”

This is what the new California education standard [Common Core] needs to solve, explained six-year Superintendent of Catholic Schools in the Diocese of San Jose Kathy Almazol.

Although Common Core State Standards is a mandate for California public schools, it is not for most private and charter schools.

But Almazol said the Diocese does not find the Common Core sub-par, and their schools embrace its principles. Besides, many students even from Catholic schools will matriculate into the UC system in college.

In her more than 30 years of experience in education, Almazol has seen algebra and geometry move back and forth between freshman high school and eighth grade.

And a few years ago, the state of California mandated that everybody in eighth grade would learn algebra. “But every brain in eighth grade is not able to do algebra because algebraic functions are developmental,” said Almazol.

“Some children might still not be there. So, when you force them to do algebra in the eighth grade and their brains might not be able to assimilate that type of problem solving, they are turned off with math and you will lose them,” she added

“So what we’re finding with Common Core is that students will be able to complete trigonometry and calculus in high school if they have the correct foundation. They might not have geometry in eighth grade. But they will have algebraic functions. They will understand algebraic thinking and solving problems. This will be fed to them all the way very early in the elementary program. But this will be introduced to them as algebra only when they get to their middle school years.”

If you force children to lock-step algebra in eighth grade or geometry in freshman year, Almazol said, it doesn’t necessarily mean you have learners. “What we’re trying to do is determine who is ready for algebra and who is ready for geometry. Get those students and put them in class where they are most able to be successful in them so that by their later middle school years, they will want to continue on to higher level math.” And, perhaps, consider careers based on it, she explained.

Almazol said ignorance has given way to fear of Common Core.

“It is really about setting standards for what every child needs to know for life-long learning. It’s not a curriculum,” she clarified. “It is a set of standards that, for instance, says at a certain level is best for children to know a particular area of knowledge and are able to be successful (I wouldn’t say master) at this particular level. How you choose to teach the Standards, what books to use and how rigorous your course work are totally up to the school. In San Jose, we have seven Catholic schools.”

San Jose is the capital of Silicon Valley. Apple is in nearby Cupertino. Intel, Yahoo and McAfee (the anti-virus software company now part of Intel) are in the next city of Santa Clara. Tech giant Cisco occupies a large part of Filipino-majority city, Milpitas.

Almazol is a professional educator with a career teaching most grades except kindergarten and fourth grade and diverse backgrounds from Connecticut, military school in Ansbach, Germany and California.

She is Irish Catholic but her last name is a legacy from her late Filipino husband whom she met in the military. So she knows the premium most Filipinos place on education and how many of them default to Catholic education.

Two Filipino winners in last month’s general elections echo Almazol. Berryessa Union School District’s Thelma Boac, who contributed the education platform for Ro Khanna’s campaign: “We are technology rich in the Valley and yet we’re technology-poor when it comes to our children,” and Santa Clara Unified’s Noelani Sallings, who also believes in teaching children coding early (“That’s just thinking mathematically and it can be taught.”) to be globally competitive in the high-tech industry.

Both detractors and true believers have said many things about Common Core, most of them not true. Almazol said, “We’re not throwing away the flash cards and students still need to read books. It doesn’t say anywhere in Common Core that you can’t teach Mark Twain or Baroque music or hand writing. It doesn’t say any of that.” What education should have, according to Common Core, is R&R meaning “rigorous and relevant.”

And no slack. Almazol again: “If you are teaching classical works, you’re probably going to lose the interest of some of the children. So you want to teach all (genre in) music.”

Common Core sets out guidelines to teach children, “in a much more deliberate fashion.” In doing this, Common Core also provides clarity into career paths that some dabblers in high-tech should heed.

“Common Core does not spend a lot of time on raw computation. But that doesn’t mean we’re not having the children practice just Math facts. We do understand now that if the children know only math facts and don’t understand the process, higher math is not for them. Those children can’t do higher math,” Almazol observed.

Common Core has not been fully implemented and it might be within three years. Also, the evaluation test for it is still being developed. The priority is math and language arts, Almazol said. In this day of texting and no punctuation sentences, Common Core brings back the standard of writing a paragraph. “Children must understand syntax, capitalizing letter, grammar and word usage,” she emphazised.

Although the science phase for Common Core is yet to come, Almazol noted some changes seen in some schools. At the high school level, the ACT test is already incorporating new questions to address Common Core. But the most obvious and probably well-received change is the teacher-to-student-to-peer dynamics.

Now, the classroom regimen requires a student to have idea exchange time and articulate them not only with teacher but also with fellow student. The studious type buried in books is encouraged to take part in discussion and wield, instead, a smart device to prove, reason out and argue an issue or a math problem.

Common Core also combines available e-learning tools to make students familiar with smart devices. Almazol said, “No child is left behind. The theory of Common Core is you know where a student is. You take them from where they are and move them forward. So there’s the incredibly adaptive on-line math program, ALEKS [Assessment and LEarning in Knowledge Spaces].”

ALEKS provides an environment where the student begins work for the day. If they’re successful in completing the session, they are automatically taken to the next level. If not, they’re booted back to where they got stumped. So nobody moves up until all levels are fulfilled. The system elicits a sympathetic response from children because it operates in principle like a role-playing video game.

“The teacher gets a read-out at the end of the period or the day for that student about where he is and what he did, “explained Almazol. “Then the teacher can immediately see and say, ‘Ah, having troubles with polynomials or double digit multiplication or doesn’t seem to grasp long division.’ Then the teacher’s job is to check out the profile of the class to find out how many students are experiencing the same difficulty. Then the teacher has a session with those students.”

The system allows students to gain more opportunity for learning and be successful at it. When students come back from vacation in September, the first few days are wasted because all students start from the same page. “Not anymore, because we can track where the student left off in June. If he did some summer school and maybe matured further, he moves forward. They come back, let’s say sixth grade first month, they may move to sixth grade sixth month easily,” Almazol said.

All in all, for Almazol, Common Core for Catholic schools is like teaching the choir. They’re used to rigor and the relevance as rote.