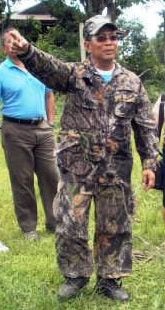 Money received from benefactors during Christmas in the Philippines is called “aguinaldo,” a term and practice imported from Mexico during the Spanish colonial period, where it traditionally referred to the annual Christmas bonus given to employees.  In the Philippines, it is generically used to describe monetary gifts given by all benefactors, including godparents and employers.

Like all other “presidentiables,” Vice President Jojo Binay is also expecting aguinaldos from his wealthy financial supporters. But down the road, he is also counting on another kind of “Aguinaldo” from no less than the Philippine Supreme Court. It is a special gift that will allow him to succeed President Aquino as the next president of the republic.

Binay has a at least a four-year head start on all his rivals as he has been campaigning relentlessly for the presidency since his election as vice-president in May of 2010. He has built a formidable infrastructure all over the Philippines from Batanes to Jolo, making contact with every governor, mayor and barrio captain throughout the land. He has amassed a campaign war chest that will likely exceed the campaign funds of all his opponents combined. Yet, he is not the “shoo-in” candidate he thought he would be.

Binay is presently facing two privately filed plunder cases for the overpricing of the New Makati City Parking Building (P2.33 billion pesos) and the Makati Science High School Building (P1.33 billion pesos). He is also under investigation for his alleged ownership of a 350-hectare “high-end hacienda” in Rosario, Batangas that has its own world-class maze patterned after the Kew Garden in London, with an air-conditioned piggery, a flower orchard and a cock farm.

The Ombudsman is reportedly investigating these charges as well as Binay’s foreign bank accounts that were not declared in his Statements of Assets and Liabilities (SALN). His former Vice Mayor, Ernesto Mercado, in sworn testimony before the Senate Blue Ribbon subcommittee, produced records of seven foreign accounts in Hong Kong banks, three of which were under the “care of” Eduviges Baloloy, Binay’s long-time aide. Deposits in these three accounts reached a total of US$ 71,481.95 (1996) and HK$957,912.93 (1996 and 1998).

The Ombudsman will likely ask the assistance of the Anti-Money Laundering Council(AMLC) to scrutinize Baloloy’s bank records and any transfers of funds to Binay. This tracing of funds was successfully used during the impeachment of former chief justice Renato Corona where the Ombudsman and the AMLC tracked Corona’s multiple bank  accounts and numerous transactions involving amounts of P500,000 and above.

Binay has claimed that, as vice-president, he can only be removed by impeachment, a long process that is unlikely to be completed by the time of the May 2016 presidential elections. Even criminal charges that may be filed against him by the Department of Justice or plunder charges by the Ombudsman will take years to resolve.

When Binay’s wife, Dr. Elenita Binay, was mayor of Makati in 2001 (when Jojo Binay was termed out of office), criminal charges were filed against her in connection with the irregular procurement of hospital beds worth P36.43 million for the Ospital ng Makati. It has taken more than 13 years for the case to even be set for trial last November 30 but even that was postponed again after Dr. Binay’s lawyers filed yet another motion to further delay the proceedings.

If or when criminal and plunder charges are filed against Vice President Binay, the cases will undoubtedly end up in the Philippine Supreme Court where Binay, a skilled and experienced lawyer, will count on the Court to dismiss all the charges against him on the basis its previous unanimous decision involving Col. Rodolfo Aguinaldo.

Col. Aguinaldo was one of the worst violators of human rights during the Marcos dictatorship although he was never criminally charged in court for any of his offenses. 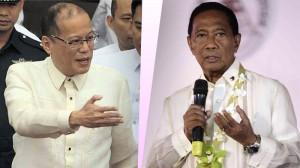 After the fall of Marcos, Aguinaldo joined the Reform the Armed Forces Movement (RAM) renegade forces of Senator Juan Ponce Enrile and Senator Gringo Honasan and attempted to topple the government of President Cory Aquino in December of 1989.

Prior to his involvement in the failed coup, Aguinaldo ran for governor of Cagayan province in January of 1988. In a New York Times article about his candidacy that was published just before the elections (“Renegade Officer Seeks Philippine Governorship” January 18, 1988), Aguinaldo described to the New York Times reporter what he would do to anyone who tries to disarm his 1,400 renegade troops:

”They just start trying to disarm my men and I hit their houses and I wipe them out. At a given signal, we chop off the heads of anybody who is foolish. We will send them straight to hell, from the grandfather to the grandson.”

Needless to say, no one dared to disarm Aguinaldo’s men and he was easily elected to a four-year term as governor.

Because of Aguinaldo’s active involvement in the December 1989 coup attempt, Cory Aquino’s Secretary of Local Government Luis Santos issued an administrative order removing Aguinaldo from his post as Cagayan governor. Aguinaldo appealed the Santos order and, while the appeal was pending in court, ran for reelection in May of 1992 and easily won again. He then filed a motion to dismiss the administrative charges against him on the basis of his reelection. 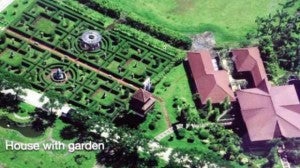 “The Court should never remove a public officer for acts done prior to his present term of office. To do otherwise would be to deprive the people of their right to elect their officers. When a people have elected a man to office, it must be assumed that they did this with the knowledge of his life and character, and that they disregarded or forgave his fault or misconduct, if he had been guilty of any. It is not for the Court, by reason of such fault or misconduct, to practically overrule the will of the people.”

“Clearly then,” the Supreme Court decreed, “the rule is that a public official cannot be removed for administrative misconduct committed during a prior term, since his re-election to office operates as a condonation of the officer’s previous misconduct to the extent of cutting off the right to remove him therefor.”

Most of the charges against Binay involve “administrative misconduct” during his term as Makati mayor where he allegedly awarded lucrative contracts to cronies who rewarded him with substantial kickbacks. His election as president in 2016 will act as a “condonation” by the voters of this “previous misconduct” immunizing him from being removed from office.

So even if Binay is charged with plunder, he will still run for president while his case is proceeding through the notoriously long Philippine judicial process. After he is elected president, Binay’s lawyers will file a motion to dismiss all the charges against him on the basis of the Aguinaldo precedent.

The Aguinaldo precedent is an egregiously bad decision that encourages people charged with criminal offenses to run for office to absolve themselves of any criminal charges under the doctrine of condonation. It embeds into law the Philippine culture of impunity.