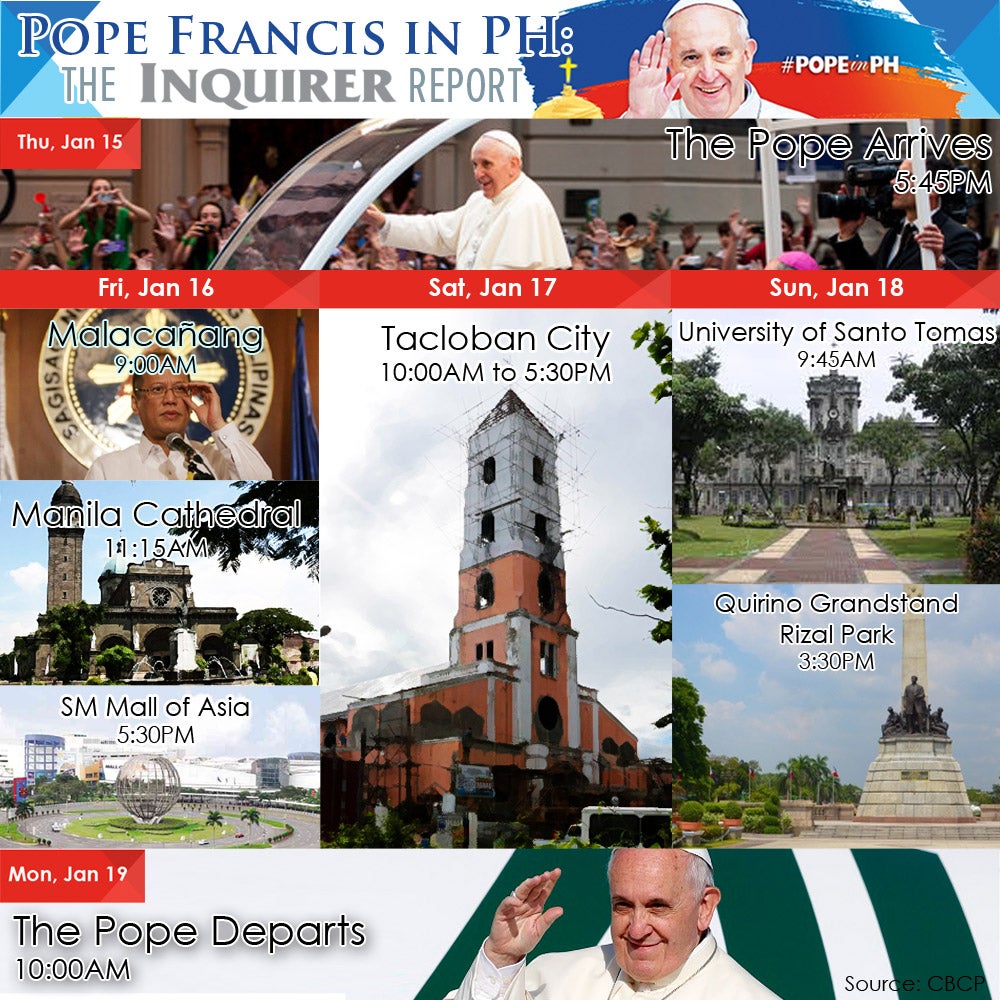 CEBU CITY, Philippines—There may not be any Cebuano having lunch with Pope Francis in Palo town, Leyte province, but Cebu province will be represented during the papal visit in January.

Msgr. Danilo Sanico, vicar general and overall in charge of the Cebu delegation to the visit, said the national committee had advised him to send representatives of the Archdiocese of Cebu to the Mass to be officiated by the Pope at Manila’s Quirino Grandstand on Jan. 18.

He said he would be among the 10 Cebuano priests who would concelebrate the Mass with the Pontiff.

A delegation from Cebu composed of 1,000 laymen and priests would attend the Mass at the airport in Tacloban City, according to Sanico.

There were earlier reports that 10 survivors of Supertyphoon “Yolanda” (international name: Haiyan) from northern Cebu would be among the 30 people who would join the lunch with Pope Francis at the Archbishop Residence in Palo.

But Fr. Amadeo Alvero, Palo Archdiocese communications director, said that with the exception of five people from Bohol, who survived the devastating earthquake in October 2013, only Yolanda survivors from Eastern Visayas would be at the lunch.

They will include 15 from the Archdiocese of Palo while the 10 others will be from the cities of Borongan in Eastern Samar and Calbayog in Samar.

The Palo archdiocese does not have any explanation as to why Yolanda survivors from northern Cebu will not be included. Sanico, for his part, declined to make any comment.

“There was no instruction on the banquet,” he said.

Still, he added that Cebu would be a part of the papal visit.

At least 73 people were killed when Yolanda ripped through 15 towns and one city in northern Cebu on Nov. 8, 2013. Damage to agriculture, houses and infrastructure reached P9.4 billion.