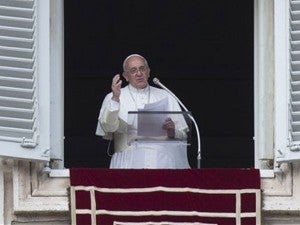 MANILA, Philippines—Just in time for Christmas and ahead of the five-day papal visit, the Civil Aviation Authority of the Philippines (CAAP) has completed the repair work at the Tacloban airport, opening its runway for all aircraft including bigger jets.

In an announcement, the CAAP said on Tuesday it has lifted the Notice to airmen (Notam) setting restriction on commercial flights at the Daniel Z. Romualdez Airport due to the ongoing runway repairs.

Prior to the runway rehabilitation, airlines such as PAL Express, Cebu Pacific, Tiger Air and AirAsia had been using single aisles jet at the Tacloban Airport.

Since September this year until Monday, air carriers could only take off and land at the Tacloban airport using smaller aircraft like turbo-propeller planes such as Bombardier Dash 8 and ATR 72-500 with a seating capacity of 72.

The potholes on the runway, which were worsened by the Super Typhoon “Yolanda” (Haiyan) prompted aviation authorities to start the work a few months ahead of the visit of Pope Francis in Tacloban City in January.

Flag carrier Philippine Airlines has announced it will fly Pope Francis and his entourage from Manila to Tacloban using one of its airbuses, which the Tacloban runway can now accommodate.

The airport now operates from 5 a.m. until 9 p.m. daily, according to CAAP.

After the lifting of Notam on Monday evening, a PAL Express flight (2P1987) with 153 passengers and a baby on board an Airbus A320 arrived at the Tacloban airport.

“As far as the runway is concerned, the repair work is 100 percent done,” Eric Apolonio, spokesperson for the CAAP, said.

In a statement, the Philippine Airlines said it has been gradually transitioning into full Airbus A320 operations for flights to and from Tacloban.

“At present, A320 flights are being mounted in combination with Q400 flights to meet travel demand,” Cielo Villaluna, head of the PAL external communications, said.

Airbus A320 can accommodate up to 120 passengers per flight.