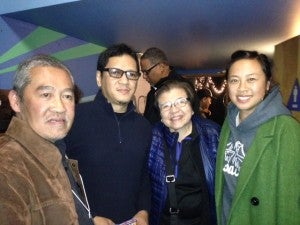 SAN FRANCISCO — A successful festival of award-winning independent films marked the 21st anniversary of the Filipino Arts and Cinema, International (FACINE) December 11 to 13 at the Roxie Theater.

FACINE also honored filmmaker Raymond Red with its Gintong Ani award. Red is a pioneer of Filipino experimental cinema and, in 2000, became the first Filipino to win a Palme d’Or at the prestigious Cannes Film Festival for his short film “Anino” (“Shadow”).

The West Bay Pilipino Multi-Service Center and Global Filipino Network co-presented the event, which was co-sponsored by the Philippine American Writers and Artists and the Philippine National Commission for Culture and the Arts.

Mauro Tumbocon, the founder and director of FACINE, has made it his mission for the last two decades to nurture the arts and build an audience for indie films in the Filipino community.

“Films are part of our cultural make-up and have the ability to empower Filipinos to learn more about themselves and be proud of their culture,” Tumbocon said. He has written extensively on Filipino cinema and, before moving from Manila to San Francisco, was a member of the Manunuri ng Pelikulang Pilipino, a leading film critics group. This year, he curated a diverse program that paid tribute to the Filipino cinema heritage and diaspora.

The festival began with Australian director Andrew Leavold’s 2013 documentary “Search for Weng Weng,” a homage to Filipino B movies. The late two-foot-nine actor Ernesto de la Cruz, nicknamed Weng Weng by his producers, became a sensation in the early 1980s as the star of campy action movies; but he faded into obscurity as the novelty of the miniature James Bond diminished. 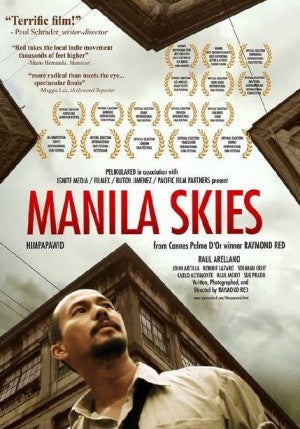 The weekend program included “The Story of Mabuti,” starring renowned actor Nora Aunor. Shot in Ilocano with English subtitles, it’s the story of a Nueva Vizcaya medicine woman’s struggle to provide for her mother and four granddaughters until a twist of fate puts her in a moral dilemma. Director Maryo De Los Reyes’ contemplative “Bamboo Flowers,” recipient of the Audience Favorite award at the 2014 Silk Road International Film Festival in China, unravels the lives of people in Bohol, their dreams and disillusionments.

Four films among the collection of seven short works entitled “Lost Souls, Strange Times” deal with the challenges faced by Filipino immigrants seeking a better life in disparate parts of the world such as Robert Reyes Ang’s “TNT” set in New York and Therese Cayaba’s “Home” set in London.

FACINE’s decision to highlight the Philippine diaspora was prescient in view of President Obama’s recent Executive Order to prevent the deportation of five million undocumented immigrants.

Raymond Red’s award-winning entries carry the recursive theme of poverty and the Filipinos’ resolve to overcome it, because he wanted to underscore the turtle pace of the country’s march to progress.

Though his films tend to be perceived as dark because of the subject matter, he incorporates symbolisms to express a message of hope, such as the red banners of striking workers in “Himpapawid” (“Manila Skies”), which also played a role in the main character’s final act of desperation.

Also an indictment of societal contradictions, his 13-minute award-winning “Anino,” which he shot on 35mm film, pays tribute to a dying form in the advent of digital technology.

Red’s experimental “Kamera Obskura,” a film within a film, harkens back to the silent era, a call for viewers to remember cinema’s heritage. Closing the festival and bookending his father’s treatise on technology is Mikhail Red’s “Rekorder,” the story of a former cameraman who illegally pirates films in movie theaters until his camcorder inadvertently captures the footage of a crime, which goes viral. “Rekorder” won for the young Red the Best New Director award at the Toronto International Film Festival last October. 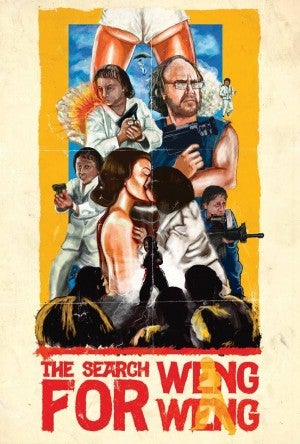 political economy and media arts at Evergreen State College in Olympia, Washington, raved about “Himpapawid.” Tamayo-Lee, an administrative specialist at the Tides Foundation, said, ”The storyline and cinematography were out of this world. I really couldn’t predict what the main character was going to do at any given moment.”

She hopes to see more of her peers at FACINE next year because she believes that the festival has the capacity to increase the visibility of the Filipino community and help young Filipino Americans to understand the history and culture of ordinary Filipinos.

Both Cannes awardee Red and Tumbocon have expressed the urgent need to increase interest in Filipino indie films, which are usually made outside of major studios and allow filmmakers to take artistic control.

Red said, “Alternative or independent cinema is more serious, progressive and contributes to the development of the art form. However, wider promotion and dissemination are required to educate future filmmakers and viewers.”

He has screened his films at Philippine schools and received enthusiastic feedback from students, showing the potential for setting up film appreciation classes at the high school level.

Tumbocon, the tireless volunteer cultural worker who works at a non-profit organization that provides services to individuals who were formerly homeless, echoes Red’s sentiment.

”Filipino indie films have been earning respect worldwide because of their artistry and bravery in dealing with issues relevant to the community. We need to build an audience for them because they don’t have the kind of money, resources and theatre distribution available to commercial films,” Tumbocon states.