Pemberton shows up for first time

OLONGAPO CITY—For a moment, Marilou Laude held the gaze of Lance Cpl. Joseph Scott Pemberton on Friday morning as she saw for the first time the US Marine she had accused of murdering her transgender sister, in a case that could test the strength of security ties between the Philippines and the United States.

“We locked eyes briefly but he averted his gaze. He was quiet the whole time. [He] had such an innocent face. I wanted to ask him why he killed my sister,” Marilou told reporters after emerging from the courtroom.

Pemberton, charged with killing Jeffrey “Jennifer” Laude, was taken from his detention in Camp Aguinaldo in Quezon City and brought to court in Olongapo City to heed the warrant issued for his arrest. 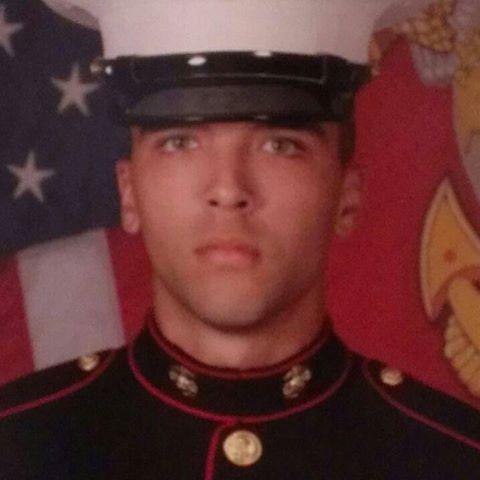 The 19-year-old US Marine arrived at the Olongapo City Hall of Justice at 5 a.m. under heavy guard, including American armed service personnel assigned to secure him.

Olongapo police blocked all doors leading to the courtroom. At least 20 officers were stationed at the doors and along corridors on the floor where the courtroom was located.

Pemberton was whisked through a backdoor into the courtroom, evading dozens of journalists and cameramen waiting for him.

Journalists were barred from the courtroom, but the clerk of court briefed them on the proceedings afterward.

A small group of activists gathered outside the court to demand justice for Laude.

Relatives of Laude saw Pemberton as he was being photographed and fingerprinted by officers of Regional Trial Court Branch 74.

‘I wanted to smash his head’

Marilou said she had mixed emotions as she saw Pemberton for the first time during the booking proceedings.

“I was afraid. I was mad. If only I could confront him. I wanted to smash his head on the wall but there were too many [guards] around him,” she said.

She said Pemberton was smiling before he saw her.

“He quickly looked away from me and never smiled again,” she said.

After the charge of murder was read, Pemberton’s lawyers asked for the arraignment proceedings, in which he would have to make a plea, to be postponed, clerk of court Gerry Gruspe told reporters.

Pemberton’s lawyers asked for the postponement of the arraignment to argue for reduction of the murder charge brought by the Department of Justice (DOJ) to homicide, according to Laude family lawyer Virgie Suarez-Pinlac.

Judge Roline Ginez-Jabalde granted the request of the defense and set the hearing on Pemberton’s pleadings for next Monday, she said.

Gruspe said the court issued a commitment order saying Pemberton would be “kept a prisoner” at the   Mutual Defense Board-Security Engagement Facility in Camp Aguinaldo, headquarters of the Armed Forces of the Philippines.

Pinlac said Pemberton, who was dressed in a gray suit, was “silent throughout the proceedings.”

“He was just sitting in a corner, handcuffed. He didn’t show any emotions,” she said.

“We are happy that he showed up today. Now that we have seen him in person, we are assured that Pemberton is really the one who is detained at Camp Aguinaldo,” Marilou said.

Pemberton was driven back to Camp Aguinaldo after the court proceedings. He is held there in an air-conditioned freight container.

Pinlac said the prosecution would fight Pemberton’s move to reduce the murder charge against him to homicide.

She said there was more than enough evidence to support the charge of murder, an offense that under Philippine law entails “treachery, taking advantage of superior strength and cruelty, by deliberately and inhumanly augmenting the suffering of the victim.”

In comparison, a charge of homicide lacks those circumstances, she said.

Laude was found dead in the bathroom of a motel in Olongapo City where she and Pemberton checked in on the night of Oct. 11.

She was half-naked, her head stuck into a toilet bowl. The police forensic report said she had scratches and bruises, bite marks and strangulation marks on her neck.

“The evidence is so overwhelming to show probable cause for murder,” Pinlac said.

Murder is punishable by imprisonment of up to 40 years, while homicide carries a penalty of up to 20 years in jail.

Pemberton had just taken part in joint US-Philippine military exercises when he picked up Laude in a bar in Olongapo’s red-light district late on Oct. 11. They checked into a motel and witnesses said he was the last person to be seen with Laude before she was found dead in the motel’s bathroom.

Government prosecutors on Monday charged Pemberton with murder, saying he killed Laude after he found out she was a transgender woman.

Laude’s killing sparked fresh anti-American sentiments in the Philippines, including calls for a review if not the scrapping of the Visiting Forces Agreement (VFA) between the Philippines and the United States.

Although detained in AFP headquarters at Camp Aguinaldo, Pemberton is under the custody of the United States.

The US Embassy in Manila this week rejected a Department of Foreign Affairs (DFA) request to hand over Pemberton to Philippine authorities, citing the VFA.

VFA gives US right to custody

Under the agreement, the United States has custody of US soldiers accused of committing crimes in the Philippines throughout the judicial proceedings.

The DFA said on Thursday that it would not appeal the US rejection, but Justice Secretary Leila de Lima insisted that the government should fight for custody of Pemberton, citing extraordinary circumstances surrounding Laude’s death and the issuance of a warrant for the Marine’s arrest by a Philippine court.

On Friday, Charles Jose, spokesperson for the DFA, said there was “no difference in opinion” between the DOJ and the foreign office, but the Philippines could not force custody because the VFA gave that right to the United States.

On Thursday, Jose said the Philippines could have Pemberton only after he was convicted.

Lawmakers said the government must initiate a review of the VFA, with Senate President Franklin Drilon saying provisions on custody and detention that run counter to the Revised Penal Code must be corrected.