Immigrants get closer to having driver’s licenses in Arizona 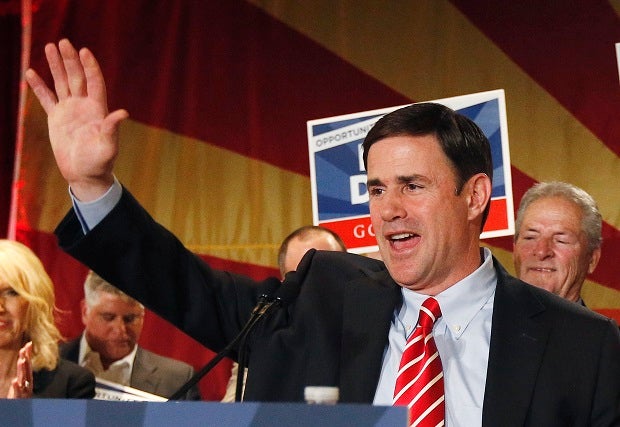 In this Nov. 4, 2014, file photo, Doug Ducey, who was elected as Arizona governor, waves to supporters on election night in Phoenix. Ducey’s administration will have to decide whether to continue a hard-line approach toward state benefits for immigrants living in the country illegally that outgoing Gov. Jan Brewer took. AP

PHOENIX — An order by the U.S. Supreme Court has moved thousands of young immigrants a step closer to obtaining driver’s licenses in Arizona.

The high court on Wednesday denied a request by Gov. Jan Brewer to put a previous decision by a lower court on hold.

The earlier decision by the 9th Circuit Court of Appeals had ordered the case’s judge to bar enforcement of Brewer’s executive order that denies licenses to about 20,000 young immigrants now protected from deportation by an Obama administration policy enacted in 2012.

It’s not known when such a ruling would be issued or when the immigrants would be able to get licenses.

Mistakes to avoid in applying for US citizenship