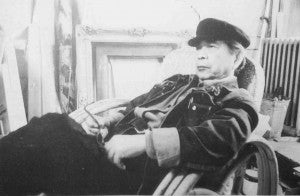 THE ARTIST in his pad on Chrystie Street in Chinatown, New York.

Venancio “Ven” Igarta, arrived by ship at Stockton, California, from Vigan, Ilocos Sur, at 18, worked as a farmhand harvesting asparagus during the Great Depression (circa 1929-1930s). He was a contemporary of writer Carlos Bulosan.

Ven and I had things in common. We both became bored and took wings. He took a train from San Francisco to Philadelphia and worked as a janitor in a big hospital. I took a plane to Brussels in Belgium, and hitchhiked across Europe.

At the hospital, as he recounted, while cleaning, he saw a large sketchpad and a piece of charcoal on a huge conference table. No one was looking.

He started sketching. It was a knee-jerk reflex. Then he quickly left. Later, a lady doctor was shouting, asking around who did the sketch on her pad. Ven stood silent in fear. Next day, he could no longer stand it. He went to see the lady doctor.

Ven: Ma’am, I am sorry for using your sketchpad. I got carried away.

Doctor: No, no, I am not angry, just surprised. You say you got carried away?

Doctor: So you drew this seascape?

Ven: That’s our beach in my town, Sinait, Ilocos Sur in the Philippines.

Doctor: This is extremely well done.

Doctor: I told you I’m not angry, just surprised. Did you take lessons in the Philippines?

Doctor: Did you have experience drawing before?

Ven: No, ma’am. I mean, I drew in pieces of paper in California when I got depressed.

Doctor: This is excellent work. Do you know that?

Doctor: How would you like to go to an art school?

Doctor: I will pay for your tuition. I want you to go to the best art school. 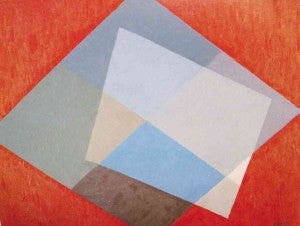 And so destiny would have it that this peasant boy, this farmhand, this janitor, would be catapulted from a poor Ilocos village to an oppressive asparagus farm in California, to an elite art school in Philadelphia, to become the first Filipino artist to have an exhibit at, was it at the Metropolitan Museum of Art? I can’t recall.

Ven showed me a dusty tattered album at his pad, and, lo and behold, I got a glimpse of his colorful bittersweet life. There were fading half-torn articles, art reviews of his paintings, from the New York Times, the Manila Chronicle, photos with famous artists, dated before and after World War II.

The most cruel art critics pedestaled him to the stratosphere. He would surpass the laurels of Bulosan, a fellow Ilocano contemporary, who wrote “America is in the Heart.”

Death of the Filipino artist

“Igarta’s flowing patterns of color such as ‘Phoebus Wings’ and ‘Summer Solstice,’ are highly decorative and spontaneous impressions,” New York Times noted in 1948.

The art world in New York was bizarre. It could rapidly catapult one to fame and fortune, and then suddenly plunge one to an abyss.

There was a lull in Igarta’s exhibits and press articles. Without sufficient income, Ven kept on painting feverishly every day. That was his whole life, just churning canvasses. After a few years of creative frenzy, he was so poor, eating apples and whisky for dinner. He was becoming an alcoholic, and he knew it.

He asked himself, “Igarta, are you willing to die for art?” His reply came one winter night. In deep depression, totally drunk, he lit a bonfire of dozens of his paintings done in the last few years, at the park outside his pad.

In a single moment, priceless paintings, that could support him for the next five years, went up in smoke. He said: “Never again will I paint.” He threw away all his art paraphernalia into 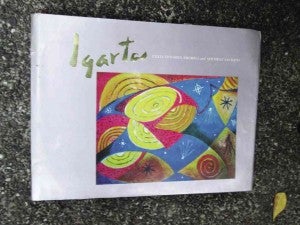 the fire. Up to the time I met him, when he was in his early 80s, he never touched a brush for four decades. The essential Igarta died that winter evening.

I met Ven at a Chinatown flea market. He glanced at me and told me the Leica camera he was holding was a collector’s item, and he bought it for a measly $1.50.

When I met him in the early ’70s, he had retired from the big firm Color Aid, famous makers of art materials, mainly oil and water color, after working there a good 30 or so years. He was the master mixer, the expert in concocting the hundreds of colors and subcolors.

At that time, there were no computers. Only a good eye could discern the exact hue of a batch of oil. As an artist, only Ven could do it. He did it by feel, not by quantitative measurements. When he requested to retire, the company refused, as they could not find a replacement. But finally, he trained an apprentice to take over.

Ven lived in a dingy studio on Chrystie Street near the Bowery ghettos. He invited me to dinner and within an hour told me the story of his life. We were instant friends.

Ven was something else. As a divorced retiree, he ran after Asian and Filipino girls half his age, but never married them. They idolized him. He would pamper them, and they would love him.

He became a collector of antique cameras, scrounging through flea markets in Chinatown.

He played the stock market, source of income. He was no longer the poor artist but the rich retiree. But he was as frugal as an Ilocano can be. He had a dim, dusty depressing studio. You could not tell he was rich. On one corner was a stack of cylindrical boxes of hats. He still lived in the ’50s. He was obsessed with old Stetson hats.

One evening, I confronted him.

Bernie: Why don’t you go back to painting. After all, I can see you’re bored.

Ven: No more. After that bonfire, I vowed never to paint.

Bernie: No guts no glory, Ven.

Ven: Stop it, Bernie. I don’t want to paint anymore. That’s it. End of story.

Bernie: The artist in you is dead. What is life for an artist if he cannot paint?

Bernie: Ernest Hemingway killed himself when he discovered he could no longer write.

Ven: (Screaming.) Are you telling me to commit suicide?

Bernie: (Screaming back.) No. I am telling you start painting again.

He gave me a pained look, and banged his fist on the table. I saw tears welling. He told me to “just go.” After a week, I visited him, hoping he would not send me away. 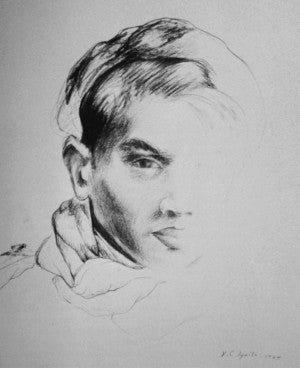 When he opened the door, he had this smile as wide as the Niagara. I knew I had won. His dingy incandescent-lit flat now sported bright neons.

He set aside his tons of Stetsons and placed a drawing table. And so Igarta the artist was resurrected.

From oil paintings of Ilocos beaches, the pendulum swung to watercolors of abstract geometrical figures, from realism to surrealism, from seascapes to cubism. He gave me his first two cubist paintings as a gift.

I never saw Ven again until years after in Manila. He had an exhibit at Manila Hotel. He was supported by Celia Zenaida Aborro and Shehbaz Saframo, who came up with a coffee table book entitled “Igarta,” a copy of which I treasure to this day. Thank you Celia and Shehbaz for extolling Ven. (Photos featured here are courtesy of their book.)

I met a grandniece at the exhibit who told me Ven had been giving scholarships to two generations of teenagers from his hometown of Sinait in the last two decades. He donated books and cash to school libraries there. He was revered as the “godfather of Sinait.”

He died in New York a few more years after. I was glad I helped in the resurrection of the essential Igarta, the peasant artist, the flamboyant playboy, epitome of The Artist as Filipino. I am proud of that and I am proud of him.

(For comments, e-mail the author at [email protected])