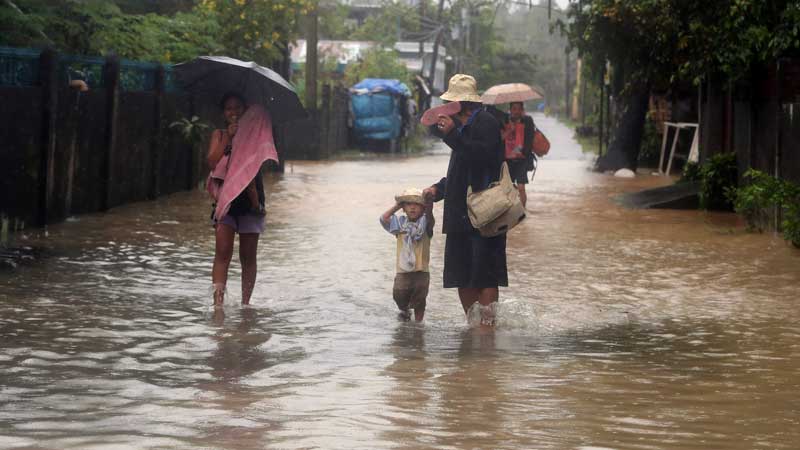 A family walks along a flooded street during a heavy rain brought by Typhoon Hagupit in Legazpi, Albay province, eastern Philippines on Sunday, Dec. 7, 2014. Haunted by Typhoon Haiyan’s massive devastation last year, more than 600,000 people fled Philippine villages and the military went on full alert Saturday to brace for a powerful storm only hours away from the country’s eastern coast. (AP Photo/Aaron Favila)

MANILA, Philippines — Europe and Canada have expressed readiness to provide relief and assistance to the Philippines as it continues to be battered by Typhoon “Ruby” (Hagupit).

European Union Commissioner for Humanitarian Aid and Crisis Management Christopher Stylianides praised Philippine authorities, on Sunday, for the massive evacuation of people away from the path of the typhoon.

“Let me commend the Philippine authorities who have taken swift measures and did an excellent job in relocating people from the exposed areas at the first signs of the storm approaching,” Stylianides said in a statement issued last Dec. 5.

He said the EU would send a team of humanitarian experts to support the response and assess the potential needs for assistance.

“The Philippines are not alone as they brace up for a possible hardship,” the EU commissioner also said, adding that the European Commission has been hoping that the impact of the typhoon into the Philippines would be less powerful” than that of Typhoon “Yolanda” (Haiyan).

Canadian Finance Minister Joe Olivier, meanwhile, said that Canada has set aside funding for GlobalMedic, which would respond in support of communities devastated by the typhoon.

Likewise, the Canadian government was ready to deploy relief supplies.

“Canada was a lead donor in response to last year’s Typhoon Haiyan, and as such many of our partners remain on the ground and will have capacity to provide relief efforts,” Olivier said in a statement released by the Canadian embassy in Manila.

“Our thoughts and prayers are with all those put at risk by this powerful typhoon, as people are still coping with painful memories and the destruction wrought by Typhoon Haiyan just over a year ago,” he also said.

He assured the Philippines that the Canadian Armed Forces has started pre-deploying assets toward the region to ensure a swift response and that its Interdepartmental Strategic Support Team would be deployed to make a rapid assessment of the typhoon’s impact.

The civilian-military team would make recommendations “on how Canada can support those in need and help the government of the Philippines to address the immediate impacts of the disaster,” Olivier said. 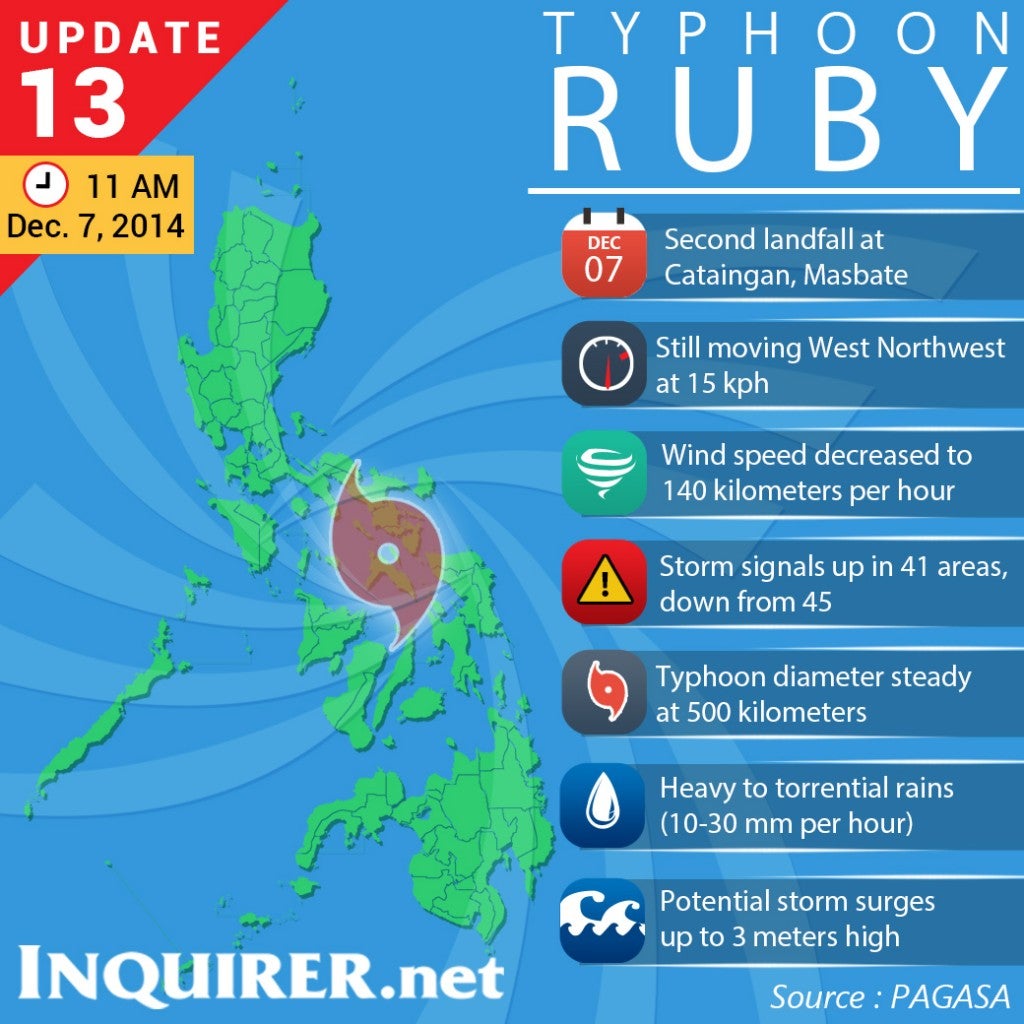