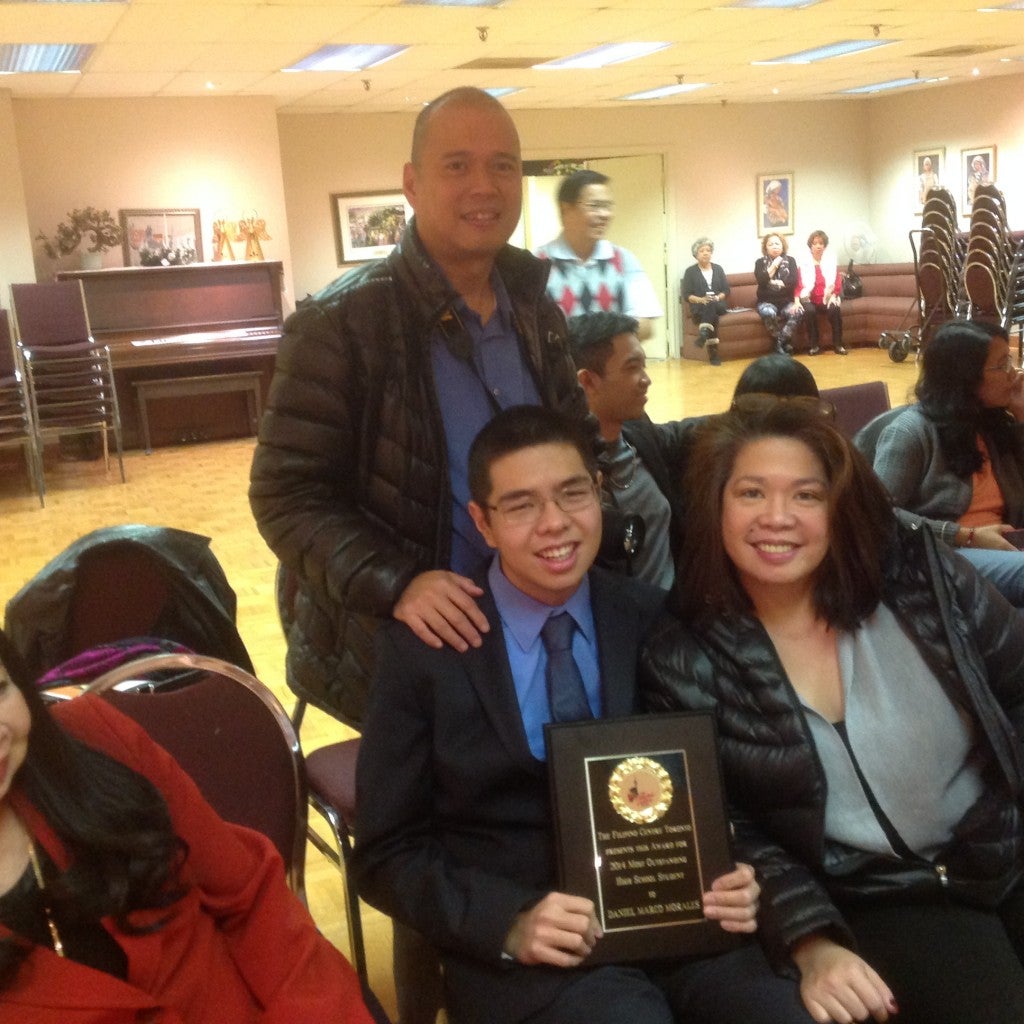 TORONTO, Canada — Daniel Marco Morales, 17, topped the Filipino Center Toronto’s search for the best and the brightest among Filipino students from elementary through high school and university levels in the Greater Toronto Area.

Morales is a freshman at the University of Waterloo’s Computer Engineering program.  He attended All Saints Catholic High School in Whitby, Ontario, where he was on the honor roll from Grades 9 through 12.

Morales also received the Julia Brady Memorial Award and became an Ontario Scholar in June 2014.  His extracurricular and community activities include being the regional representative in Grade 11 of the Ontario Students Against Impaired Driving. He was also the recipient of the Serra Club of Durham Altar Servers Award in 2011. Morales also was a member of the Student Chaplaincy team in high school.

The awards ceremony, held November 23 at the Rizal Hall of the FCT building on Parliament Street in Toronto, featured the five finalists who vied for the top honor, which has been given to Filipino scholastic high achievers since 2005.

Mary Ann San Juan, an FCT director and chair of the Outstanding Student Awards, says, “The winners are nominated by their respective schools because they embody the qualities of leadership, responsibility, diligence, hard work–qualities that mark them as leaders of our community.”

The sponsors of the FCT Outstanding Student Award include Atty. and Mrs. Ramon Andal and family (in memory of Brian Raymond Andal), Segundito and Precy Tumulak, Bayani and Daisy Bernabe, and Divina Paguirigan. 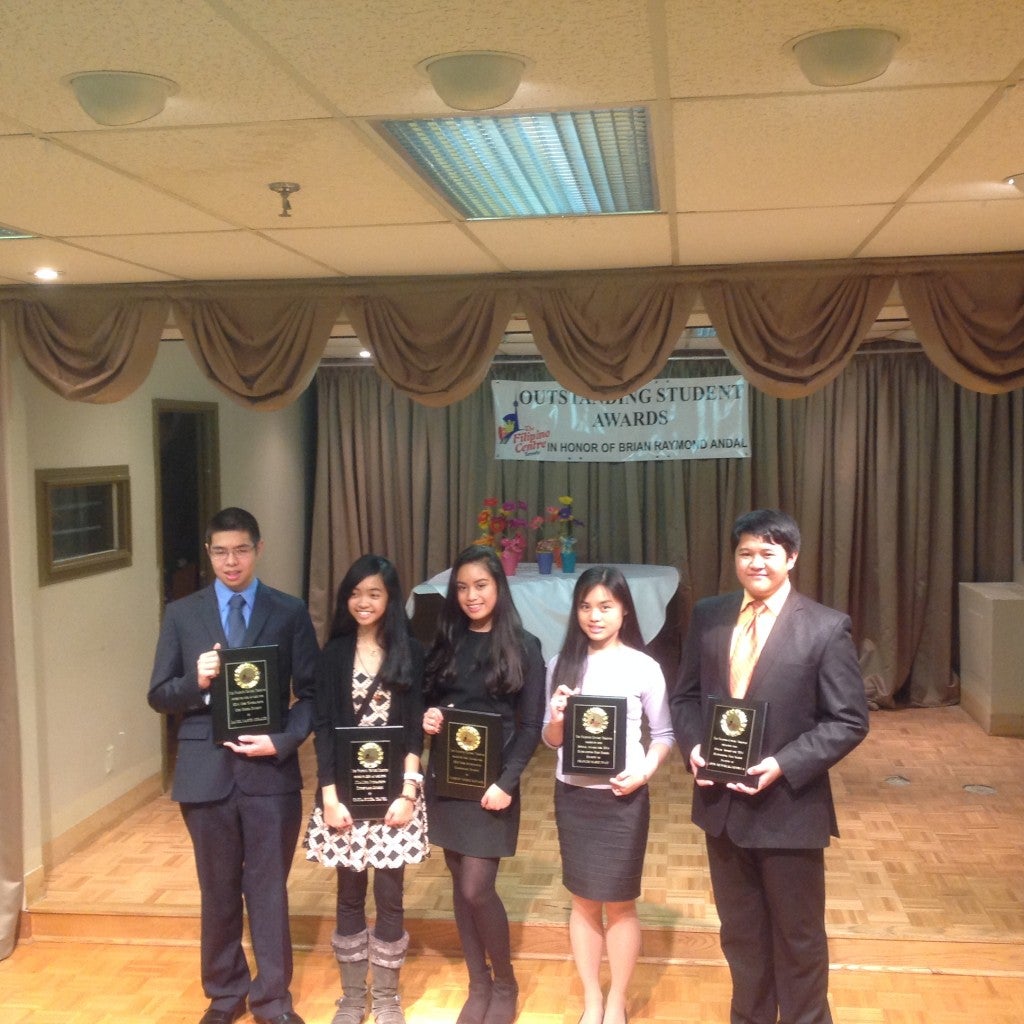