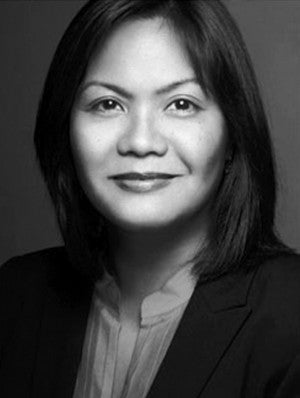 Malalis joins two other Filipino-Americans currently serving in key posts under de Blasio administration – Minerva Tantoco as the city’s chief technology officer and Maria Torres-Springer as the head of the Department of Small Business Services.

“I’m confident that with Carmelyn at the helm of CCHR, this agency will be a robust enforcer of our fundamental civil rights and improve community relations among New Yorkers throughout the five boroughs,” de Blasio said in a statement.

“Hailing from Brooklyn to Brazil and ranging from rabbis to pastors, today’s appointees represent a diverse, progressive and exceptionally qualified group sharing an unwavering commitment to safeguard the rights and dignity of all people in New York City.”

“New York City has some of the strongest anti-discrimination laws in the country,” James wrote in a letter published by the Observer.

“Unfortunately, due to a moribund agency culture that results in lax enforcement the citizens of this City do not fully benefit from these laws,” James added.

Malalis, most recently a partner at Outten & Golden LLP and the co-chair of the firm’s LGBT Workplace Rights and Disability and Family Responsibilities Discrimination practice groups, is a highly regarded and accomplished attorney who brings years of experience representing and advising clients in employment discrimination litigation, as well as other employment-related matters.

The new chair and commissioners will be charged with leading the agency’s efforts to enforce New York City’s Human Rights Law—one of the most comprehensive civil rights laws in the nation—and with educating the public about it and encouraging positive community relations.

“I commend Mayor Bill de Blasio on his appointment of Carmelyn P. Malalis as the new chair of the City’s Commission on Human Rights and his naming of eight new commissioners to the agency.  These appointments strongly reflect the Mayor’s unwavering commitment to protect the human rights and dignity of people in our great city. I congratulate all of the appointees and wish them great success in their new positions,” said Council Member Mathieu Eugene.

Malalis, whose parents come from the Philippines, co-chairs the Diversity in the Legal Profession Committee of the American Bar Association Labor and Employment Law Section.

“I am proud to say I personally know many of the Mayor’s appointees to the City’s Commission on Human Rights, and I can attest to their integrity, dedication and commitment to protecting the rights of all New Yorkers,” said Council Member Daniel Dromm. “I commend Mayor de Blasio for revitalizing this very important commission.”

For the past decade, Malalis has worked as a partner at Outten and Golden LLP—one of the City’s premier plaintiff law firms—and its co-chair of the Lesbian, Gay, Bisexual and Transgender (LGBT) Workplace Rights Practice Group and the Family Responsibilities and Disability Discrimination Practice Group.

In these roles, Malalis has been tasked with a large litigation and negotiation docket, including class actions and individual client cases, and she advises clients on a broad array of employment-related matters. Malalis’s work also includes several advocacy and pro bono projects in collaboration with grassroots organizations and legal services providers advocating on behalf of low-wage and immigrant workers; LGBT employees; and women in the workplace.

Prior to Outten and Golden LLP, Malalis was a litigation associate at Sullivan & Cromwell LLP, and she has served as a judicial law clerk for the U.S. Magistrate Judge Ronald L. Ellis.

Malalis earned her J.D. from the Northeastern University School of Law and received a B.A. in women’s studies from Yale University. She and her spouse live in Park Slope, Brooklyn, with their two children.