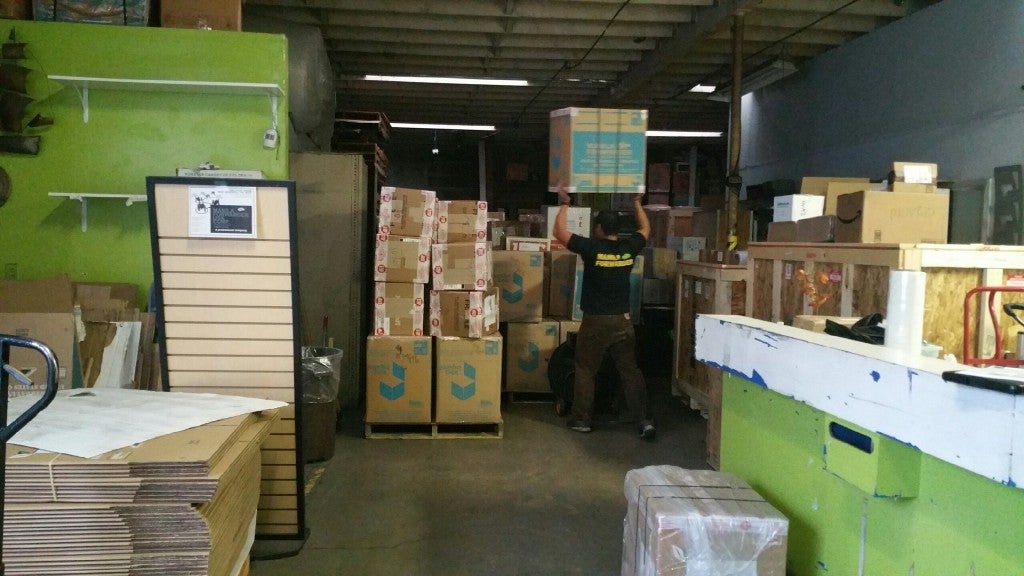 Cargo forwarders are on overdrive 24 hours a day for the holidays. PHOTO BY CRISTINA P. RODRIGUEZ

MISSION VIEJO, California — If you shipped your balikbayan box to your family in Metro Manila before Halloween from Southern California, your shipper probably assured you the box would make it there by Christmas.

If you shipped your box in September your chances would be even much better, supposedly.

But cargo bottlenecks in ports both in Southern California and Manila have thrown cold water on those assurances.

Every year cargo forwarders remind their clients to send their boxes to the Philippines early.

Various promos are extended with discounted rates to make their regular clients even more enticed to work on their Christmas shopping way before the “ber” months roll around.

However, Metro Manila residents anxiously awaiting balikbayan boxes with as much anticipation as Santa himself arriving have been told this week that unless their relatives sent their boxes in August, chances are they will have a disappointing holiday this year.

Delivery delays this year are much worse than anyone had anticipated.

“It’s like we got a double black eye this year,” explains Manila Forwarder CEO Neil Sanchez, “because not only are their delivery delays caused in Manila – even the ports in Los Angeles and Long Beach are suffering problems.”

California officials report that unprecedented congestion at the ports of Los Angeles and Long Beach has affected the number of cargo containers moving through the two busiest seaports in the United States, potentially pushing shipments past peak season.

The twin ports have been struggling with slowdowns because of the arrival of larger vessels and uncertainty over labor talks between longshore workers and their employers. 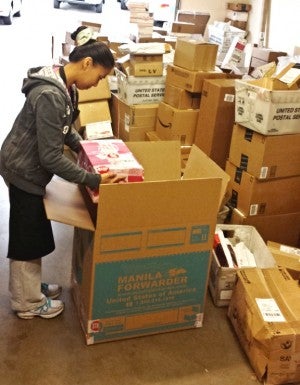 Cargo shippers in the US have more volume than ever before. PHOTO BY CRISTINA P. RODRIGUEZ

Eric Sycip, president of Victory Cargo, says that his company is using two shipping lines, so that they have not ‘”put all their eggs in one basket,”’ but the erratic arrival of containers has thrown everyone for a curve ball.

“On the average, delivery now takes 40-45 up to 60 days. But before we could deliver boxes within 24-27 days. However, we can make this promise to our valued customers. We guarantee each and every one of our customers that anything sent through Victory Cargo will be safe and will be delivered.”

Sycip points out that no one is exempt from the ongoing harbor logistical problem.

“Victory Cargo’s saving grace is that we have our own delivery network, and we are able to react a little faster than others because once the container is out of customs and with us, it’s on the road for delivery within hours,” he assures.

Manila Forwarder’s CEO Neil Sanchez points out that the growing pains of the industry have long been growing. Volumes of shipping are higher than they ever have been.

“Today, when you want new sneakers from the US, all you have to do is text your relative or send a message via facebook to see if they can hook you up. With the ease and reasonable prices it now costs to ship a balikbayan box door to door with your loved ones, the increased volume is no surprise,” he explains.

Manila Forwarder delivers its jumbo (24”x24”x19”) $75 boxes anywhere in Metro Manila door-to-door for the entire month of November with a $10 discount on all shipments.

Victory Cargo offers a discount on multiple boxes, its regular rates being $65 for a jumbo box and $55 for a regular box delivered in Metro Manila.

Port congestion in the Port of Manila and delays caused by the traffic bans imposed by the city and the Metro Manila Development Authority have made the cargo delivery slower than ever.

Gone are the days when your balikbayan boxes could be delivered door-to-door in under a month’s time, especially this time of year.

“The result is inevitable growing pains for an industry that is bigger than ever before. And this time of the year is particularly hard for the industry,” Sanchez points out.

“We are shipping twice as much as much as we usually do. We have even almost doubled our staff to process our containers. But the port area size has never changed. We have more shipments than ever, but the port didn’t expand the same way,“ he explains.

Sanchez says, OFWs should consider shipping by air if they want to avoid delays in sending their balikbayan boxes home. Manila Forwarder guarantees shipments of packages in five working business days via air, with tracking codes allowing customers to monitor every step of their packages delivery. 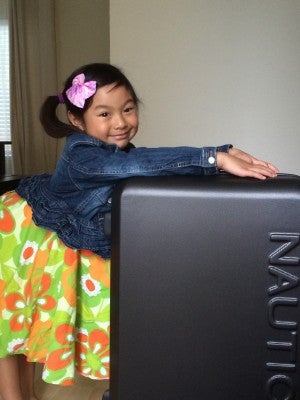 California resident Stephanie Serrano shipped her balikbayan boxes through ALAS shipping last November 2 and was told that her boxes would arrive in Metro Manila by December 15.

But with all the news about delays, Serrano doesn’t know what to do if her boxes don’t arrive in time for her first time visit to the Philippines in more than a decade as an OFW.

Serrano laments, “If they don’t arrive in time, it will be a tragedy. Without the pasalubong and gifts contained in those balikbayan boxes, Christmas would not be the same.”

This is the first time Serrano will be visiting the Philippines with her husband and their four-year-old daughter, Estelle, and so sending their personal items in balikbayan boxes was thought to be a much easier way to travel with a youngster.

“I would love the Philippine government to show their gratitude to a ‘bagong bayani’ such as myself by helping make my Christmas with loved ones more meaningful. Get those balikbayan boxes to our home before Christmas!” Serrano urges.

Manila Forwarder’s Sanchez assures customers that his firm is doing all that it can. “We are trying to do our best. Please trust us. Be patient. We have done our best to get the packages from your relatives and bring it to your home. We continue make the commitment that your packages are safe,” he pleads.

“Manila Forwarder knows how important it is to earn trust from their customers and we value your trust in us. We know how hard Filipinos work while abroad to buy those clothes, canned goods and Christmas goodies that they want to send home to their family in the Philippines,” Sanchez adds.

“Once your package arrives, Manila Forwarder makes sure it hits the ground running. We are working 24 hours a day and will even deliver on Christmas day,” Sanchez further assures, “we want your holidays to be just as meaningful as you do.”