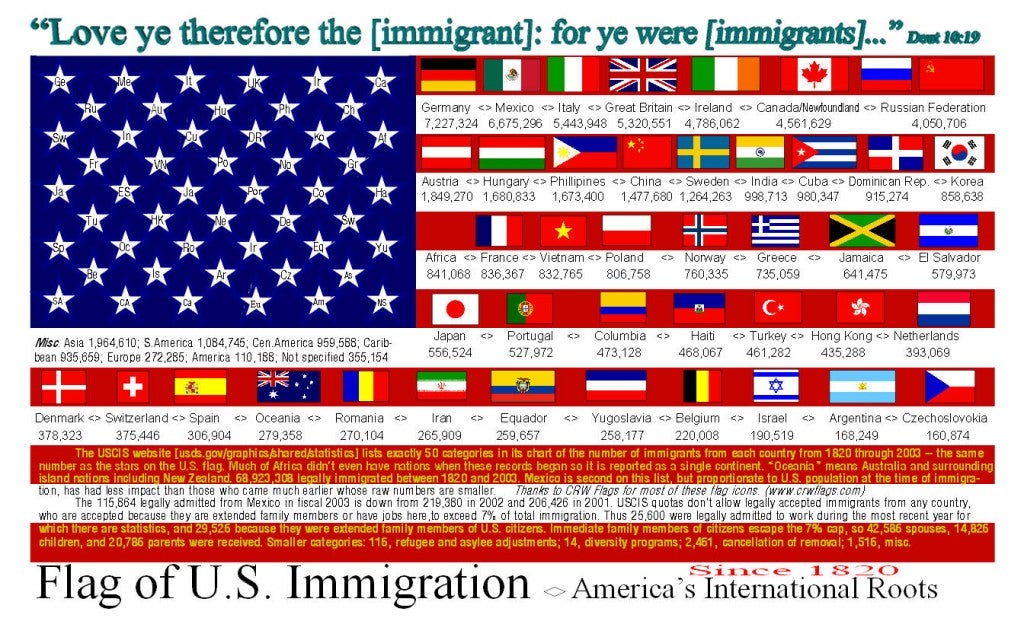 President Obama’s recent Executive Order legalizing millions of undocumented immigrants will mark him in history as a great President.

Undocumented immigrants are the modern day slaves in American society. In constant fear, living in substandard conditions, paid low wages for backbreaking work, subjected to all kinds of abuse and exploitation — they contribute so much to American society.

They produce food with their agricultural sweat, build houses and other buildings, clean them, make clothes in sweatshops, wait on restaurant tables, wash plates, care for children, care for the elderly and provide other valuable services.

The situation of undocumented immigrants today is eerily very similar to that of the slaves during the time of President Abraham Lincoln. Most legislators are against legalizing undocumented immigrants who have lived and worked here for years. Many have US citizen children. During Lincoln’s time, most legislators were also against passing any law freeing the slaves. Realizing this, like President Obama today, Lincoln resorted to using an Executive Order to free them.

The Emancipation Proclamation freeing the slaves was not a law passed by Congress but an Executive Order issued by Lincoln on January 1, 1863 during the civil war. He justified it as a war measure under his authority as Commander in Chief under the U.S. Constitution. Thus, he proclaimed the freedom of all the slaves in the ten states that were still in rebellion and did not rely on Congress to pass a law to free them – knowing that was impossible.

The greatness of Lincoln is his willingness to do what is morally right and listened to his heart rather than pander to the often unholy demands of the majority as most politicians are apt to do.

President John F. Kennedy faced the same situation when he pushed for the passage of civil rights laws which would end segregation and provide equal rights for all Americans. Job, housing and other kinds of discrimination on the basis of sex, race, national origin and religion would be forbidden. The majority of Americans were also against this legislation. But the assassination of Kennedy brought much public sympathy that caused Congress to approve the very important Civil Rights Act of 1964, which ended much misery and resulted in better lives for millions.

It is to Obama’s credit that he has courageously signed this Executive Order on November 20, 2014, which benefits millions of undocumented immigrants — despite widespread strong and virulent opposition. It is unfortunate that the Republicans who control the House of Representatives have made the immigration debate a partisan issue.

They admit that the nation’s immigration system is broken but have done absolutely nothing to correct the situation. Many pander to their anti-immigrant constituencies who hatefully mouth all kinds of demonizing untrue statements against undocumented immigrants. Some Republicans even threaten to file a lawsuit against Obama. Some even call for impeachment. They will not prevail. Like Lincoln, Obama has the force of moral authority on his side.

Evil is a mystery. Why were there more people than Lincoln’s time who did not want to end slavery and were blind to the misery of the slaves? Why did they not see the slaves as fellow human beings? Why did millions of Germans hail Hitler and closed their eyes and hearts to the terrible mass tortures and murders inflicted by the Nazis on millions of Jews and other minorities?

Exceptional leaders who have changed the world for the good of all understand that for a nation to be great and stable it’s laws must conform to moral laws. They do what is right rather than what is popular, knowing there often lies darkness in the hearts of many. But they often pay a high price. Lincoln, Kennedy, Jesus and others of like mind were all murdered. Obama ought to increase his security.

Those qualified under DACA will be allowed to stay, be given renewable employment authorization for three year increments and allowed to travel under certain circumstances. The age limitation of younger than 31 in order to apply has been removed. There is now no age limit for otherwise qualified applicants. Applications will be accepted for new applicants around three months from the date of the Executive Order.

They will be allowed to stay and be granted renewable three-year employment authorization increments. It’s not clear yet whether travel abroad under certain circumstances will be allowed. Applications will be accepted around six months from the date of the Executive Order.

Previously, these provisional waivers were only available to spouses and minor children of US citizens. The “extreme hardship” requirement to qualify will also be clarified to make it more understandable and reasonable. These provisional waivers apply to those who cannot adjust status in the U.S. because they overstayed for 180 days or more or entered as crewmen or without inspection.

Spouses, minor children or parents of US citizens who entered legally may adjust even if they overstayed and do not need these provisional waivers.

Obama’s Executive Order will benefit around five million undocumented immigrants. Another estimated 6 to 7 million who do not have US citizen or Lawful Permanent Resident children and who did not come to the U.S. before the age of 16 but nevertheless have been living in the US for so many years, are left without any benefits or reliefs. When confronted with this issue during his speech in Nevada the day he signed the Executive Order, Obama assured those left out that he is not blind to their predicament and that he is not yet finished in fixing the nation’s immigration problem.

Let’s hope that Obama’s Executive Order initiative pushes Congress to pass an encompassing humanitarian immigration bill that really fixes the nation’s broken immigration system and gives all undocumented immigrants a chance to be legalized and eventually also become US citizens. If not, Obama should issue another Executive Order to further fix the system.

From these undocumented immigrants and their children will come great Americans who will make this a greater and better country for all, just like previous immigrants before them.

US cities gear up for surge in legal, social needs on eve of Obama immigration exec order

Obama on immigration–What took him so long?