Raul Sunico, up cLose and personal at Haiyan fundraiser 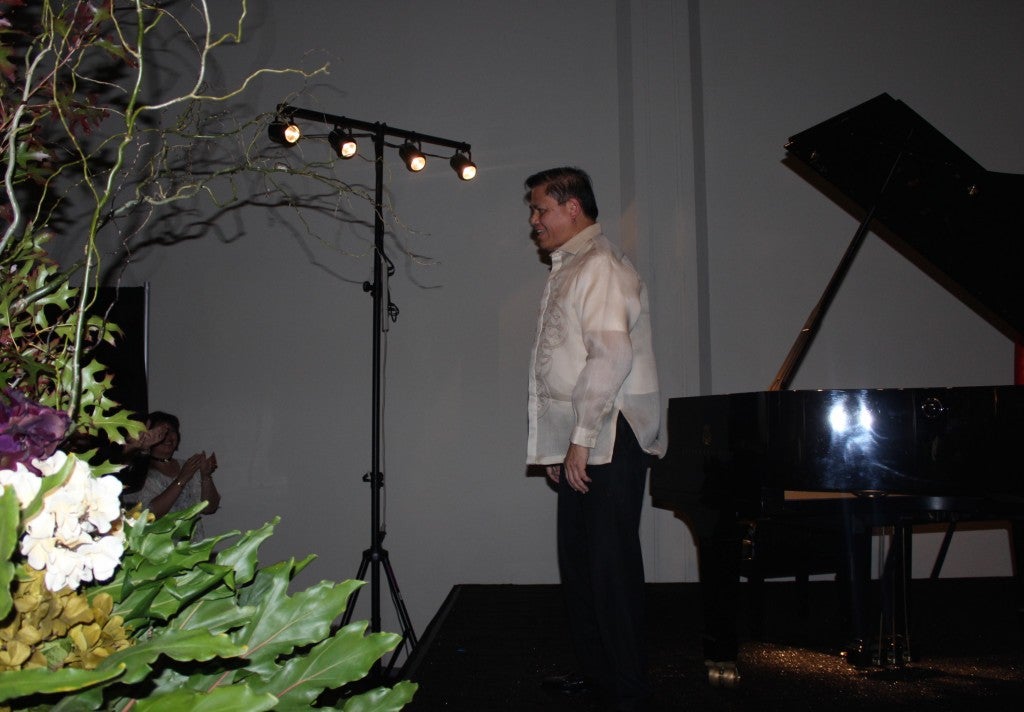 SAN FRANCISCO — What could’ve possibly deterred a hundred folks from watching Game 5 of the World Series between the San Francisco Giants and the Kansas City Royals from their TV sets or up close at AT&T Park one fine Sunday evening? A live concert by world acclaimed pianist Raul Sunico, up close and personal, that’s what.

Fresh from a concert in Los Angeles, Sunico, sans sheet music before him, played fluidly, enrapturing his captive audience. It was a “true tour de force” performance as was promised in the playbill.

A product of the University of the Philippines, Sunico earned his doctorate in music at the prestigious Juilliard School in New York. He has performed with outstanding orchestras in more than 20 countries including the Moscow Philharmonic.

Sunico is the President of the Cultural Center of the Philippines and Dean of the University of Santo Tomas Conservatory of Music. He holds the distinction of being the only pianist in the world to perform four technically challenging piano concertos of Sergei Rachmaninoff in a single evening. 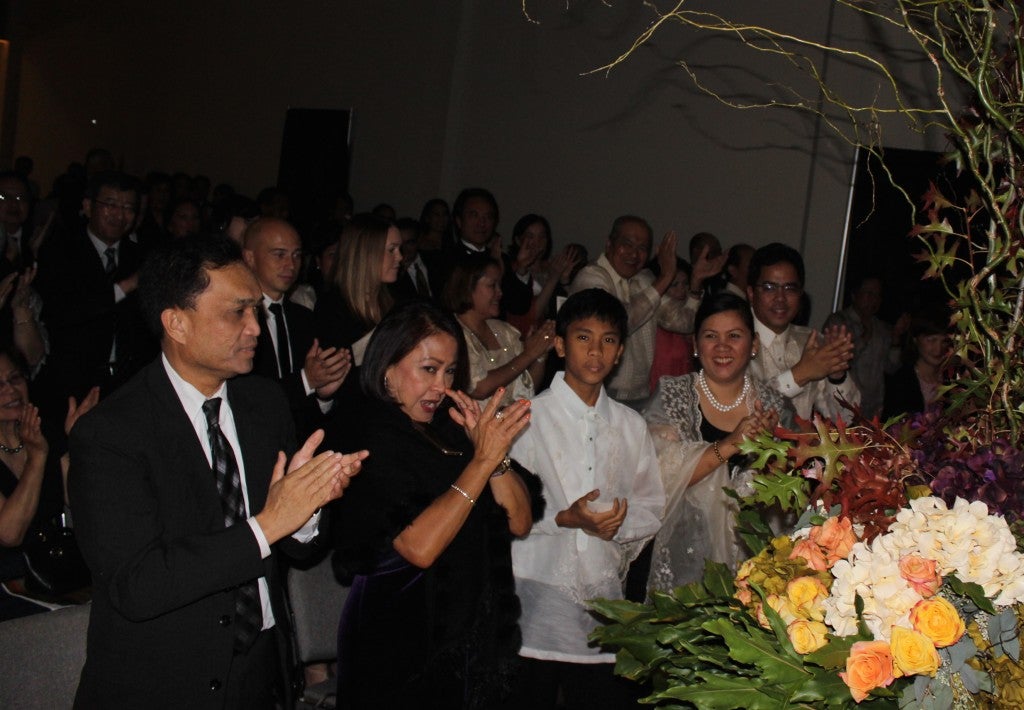 Sunico’s repertoire for this concert begun with Rachmaninoff’s Prelude in C sharp minor, Op. 3 No. 2 followed by Aragon by Longas. And Liebestraum by Liszt, and several beautifully renderred pieces by Wagner, Ravel, Chopin and Gershwin.

Sunico chose to play two compositions of Liszt for the City of San Francisco– St. Francisco of Assisi Preaching to the Birds and St. Francis de Padua Walking on the Waves. A couple of Filipino compositions, the Norturne NO. 1 in C sharp minor by Abelardo, and Hanggang Sa Dulo ng Walang Hanggan by Cuenco/arranged by Sunico were loudly applauded.

The master ended his repertoire with Blue Danube Waltz by Strauss/Shulz Evler. For encore, he got the audience guessing with a piece that sounded at first like a nocturne but soon took the sound of a favorite Filipino childhood ditty “Bahay Kubo,” which got chuckles from the Filipino listeners. He then brought out his virtuoso with the haunting “Phantom of the Opera” by Webber and received a standing ovation.

The amazing acoustics from the hundred-year-old Consulate building and the stately Steinway grand piano added to Sunico’s masterful performance.

“Raul Sunico at the Piano: Up Close and Personal” was presented by the San Francisco Manila Sister City Committee headed by Carmen Colet, chairman, and Azucena Arguelles, MD, vice chair in collaboration with the City of San Francisco and the Philippine Consulate General. Part of the proceeds will fund projects geared toward assisting in the rebuilding at ground zero of the catastrophic typhoon Yolanda/Haiyan, and to add to the funds to acquire more Filipino artifacts for the Asia Art Museum.