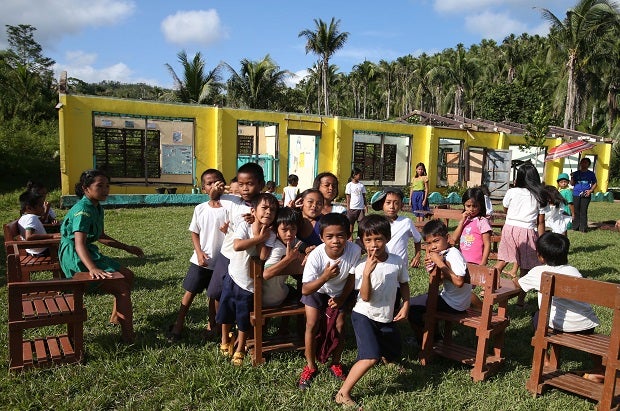 The European Union (EU) has commended the Philippines for its fast transition from emergency response to rehabilitation in communities ravaged by Supertyphoon “Yolanda” (international name: Haiyan) a year ago.

“Marking the Typhoon Haiyan first anniversary, the EU acknowledges that despite the apocalyptic damage caused by this supertyphoon, the transition from emergency to rehabilitation was quick, thanks to strength and unbroken resilience shown by the people of the Philippines, and thanks to combined efforts by aid agencies, donors, the concerned governments, including civil protection authorities, NGOs and budgetary authorities,” the EU said in a statement.

As communities in central Philippines on Saturday commemorated the thousands who perished in the monster storm on Nov. 8 last year, the EU and its member states vowed continued assistance to the rehabilitation effort.

“All these contributions have made a difference for around 1.2 million people,” the EU said.

In its relief efforts, the EU has been partnering with organizations such as the World Food Program, the International Federation of the Red Cross, Unicef, Action Contre la Faim, Save the Children, CARE, Merlin, Plan International, Oxfam, the UN Office for the Coordination of Humanitarian Affairs and the International Organization for Migration.

“[The] enormous damage caused by Typhoon Haiyan at the same time showed the high vulnerability of the Philippines to climate change,” the EU said.

As a long-term solution, efforts to mitigate climate change have been a strategic priority for the EU and its member states in order to combat the major risks it presents to global prosperity, security and equity, it said.

The EU and its member states have reached agreement on a package of mitigation measures called EU 2030.

Through those measures, the EU as a political and economic bloc will cut greenhouse gas emissions by at least 40 percent domestically by 2030 compared with 1990 levels.